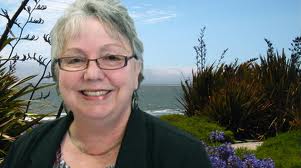 Posted at 02:16h in News by Pulse Editor 0 Comments

EDITOR’S NOTE: Earlier this month, unions representing Richmond, Calif., police and firefighters unleashed a series of vicious attacks against Mayor Gayle McLaughlin, a Green Party member who is running for a second term. The attacks focused on her bankruptcy filing shortly before she ran for City Council in 2004 and her admission that she had had psychiatric disabilities (depression) and trouble holding a full-time job. Below, New America Media’s Malcolm Marshall and McLaughlin discuss  those attacks and other pressing issues in a hard-fought race with huge implications for Richmond’s future.

Click to listen to excerpts from McLaughlin’s interview and an interview with Jim Levine of Upstream Investments, developer of the Pt. Molate casino project.

NEW AMERICA MEDIA: Richmond police and firefighters unions recently launched a political attack that portrayed you as mentally and financially unstable, and possibly unfit for public office. What do you think was the motivation behind these attacks and what do you think the impact will be?

MAYOR GAYLE MCLAUGHLIN: Clearly, Richmond has a history of these really horrendous, dirty political tactics. I see this as the last gasp of this kind of dirty politics in Richmond.

And it certainly was not the entire police department or fire department. It was a few in the leadership of those unions. It goes back to where they had a level of power, in terms of having certain candidates support their special interests. Times have changed.

I had a certain amount of personal hardship in the past. I overcame it, I’m a better person for it—a stronger, more compassionate person and a better leader. We’ve made countless progress in the six years I’ve been mayor or on the city council, and I stand on my record. I stand for people who are overcoming their challenges. I stand for us—a united city overcoming our collective adversities and challenges.

Police Chief Chris Magnus has said that the union’s political tactics have harmed the department’s relationship with the mental health community.

GM: The issue of attacking anyone on their personal difficulties of the past is a real low approach to winning an election. I think it represents a lot of desperation. They cannot attack me or debate me on the issues themselves.

What [Magnus] was saying was that this approach doesn’t help the kind of positive relationships that we know are necessary to transform our city. In Richmond, we have a long history of social injustice and mental injustice and that often translates into a lot of depression and pain. We want to build up the community in spite of the problems that have occurred. All this [nastiness] doesn’t help our youth feel a sense of pride in their city and in themselves.

Homicides in Richmond are down significantly from last year. What factors have led to this step in the right direction?

GM: I attribute a lot of that to our community-involved police department and to our youth outreach teams—and, of course, to the many neighborhood groups and patrols. But we’re also addressing the root of the problem with more youth programs, more job opportunities.

Fox example, we have a model green-jobs training program, Solar Richmond, that is training hundreds of our youth in solar installation. We have the Richmond Build program that is training them in doing weatherization and energy audits—it has a 90 percent placement success rate. I can’t tell you how many testimonials I’ve heard from young people saying that going through Richmond Build and Solar Richmond has turned their lives around. The new green economy needs this job-ready work force, and we’re preparing our youth in Richmond.

Many City Council members and residents think that the Point Molate casino project is the answer to Richmond’s job woes. Why do you oppose it, and what alternative plans do you have?

GM: First of all, I support good development and good high-wage jobs at Point Molate, but a casino will not get us there. It’s very clear that a casino will only bring more poverty, more crime, more addictions, more drug use, more liquor use—just more misery for our hardworking families. We need a project in Point Molate that reflects our strength, our courage, and where we’re going as a city—something that has museums, a theater, art center, vocational training center, recreation facilities, community gardens, retail centers like a food market.

A casino isn’t even a viable project in this day in age, when we see casinos slowing in growth. And the financial aspect—having the money to create this project—has been challenged time and time again.

It’s well known that casinos suck the money out of the surrounding community and into the casino owners’ pockets. To raise false hopes about local hiring with these empty promises is really an insult to Richmond workers.

Some of your critics say you’re out of touch with reality and that the green jobs market is simply not big enough [to sustain the city]. Can a post-industrial city like Richmond, committed to a green agenda, reduce unemployment?

GM: Most definitely. First of all, you have to understand that the green economy is the only sector of the overall economy that is showing growth.

I’m very honored to have the support of Van Jones, who is President Obama’s former green jobs advisor, for my reelection campaign. He’s been a longtime supporter of the work we’re doing to prepare our young people for the green economy. These are the jobs of the 21st century. Preparing our residents for the jobs, the businesses, and the quality of life of the 21st century is most definitely my focus.

Richmond is the largest city in the U.S. with a Green Party mayor. Can it be a model for the rest of the country?

GM: I think Richmond is a model already. We are taking the heavy-industry past, turning it into a light green-industry future. We’re number one in the Bay Area for solar-installed per capita. That’s pretty amazing in a city with a history of heavy industry. We’re showing that we are on the cutting-edge of change.

I want to make one more point, which is that we have a great arts community in Richmond and that’s part of the transformation as well. While we move people in a new direction with our new sustainable, healthy Richmond, we want them to use their creativity. We have our artists out there engaging with our youth. We’re a collective community showing that we’ve got what it takes.