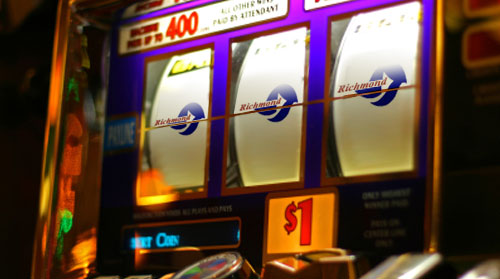 Posted at 15:43h in Economy, News by Pulse Editor 0 Comments 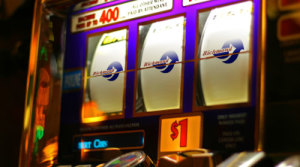 Audio, Donny Lumpkins and Malcolm Marshall , Posted: Dec 03, 2010
Editor’s Note: While Richmond, California may be plagued with high crime rates and low unemployment the news of a potential casino has given hope to one young man who thinks will give Richmond a much needed economic boost. Donny Lumpkins ia senior content producer and Malcolm Marshall is an editor of Richmond Pulse.

Growing up is tough for everyone, but growing up can be particularly tough when you live in a town like Richmond, California.
The crime rate is high and employment is low. Residents deal with fear and uncertainty on a daily basis. Homicides are down this year, but they are still too common, and most involve young men ages 18 to 24.
All this adds an enormous amount of stress to the normal stress of being young. While Richmond’s youth are questioning who they are, what they mean to the world and what it means to them, they have many more difficult problems to cope with.

Standing on the corner at 3rd and McDonald at the Point Molate Resort and casino field office in Richmond, 18-year-old Dashon Ford tries to cultivate support for the proposed resort and casino at Point Molate, a 412-acre area of Richmond that Ford hopes will create an economic engine for the city. He is out of work, but when the resort is built, he hopes to get a job there.
Ford was born and raised south Richmond. He knows all the dangers of the city’s treets because they are right outside his door, and sometimes closer.

His father was murdered in Oakland when he was just three. His memories of his dad are shadowy, becoming spottier and more fragmented as the years pass.
He was an angry kid and a terrible student all through school. He had a lot of questions and feelings he didn’t know what to do with or how to answer.

“In middle school, I got in trouble all the time,” he says. “But it started in elementary and preschool. I just lashed out because I didn’t know really what to do, cuz I’m growing up without a father and stuff. I acted out, cuz of the way I felt inside. I was trying to hide it and shit.”
Ford never properly mourned his father’s death, and he never had healthy way to deal with his absence. Like so many other young men who grow up without fathers, he found refuge in the streets.
“As a young man, you’re growing up and you’re like, ‘Damn, why my dad ain’t here? Why I ain’t got no dad?’ You ask your mom that, and she really ain’t giving you a clear answer. I mean, you’re going to be confused, mad, angry at the world.”
Then Ford’s stepfather came into the picture and helped steer him on a different path. The older man introduced him to computers and gave him something to work toward. “I started taking apart computers and putting them back together, so that’s how I stayed out [of trouble].”

Ford’s experience in Richmond is similar to that of anyone growing up in a war zone. He recalls losing friends at a young age. He recounts these deeply traumatic events, not with tears, but with the same matter-of-fact tone as he describes any other childhood memory.

“Growing up over here, you hear about, ‘Oh Whoopty Whoop got killed last night!’ You hear about that all the time. …The first friend I really lost, I was like 13, he was like 16. He got shot in the head in north Richmond on Fifth and Market.”

Just last year, another friend was murdered—a 14-year-old.
“There ain’t nothing here,” Ford says. “There’s nothing to do but sell drugs and kill people. There isn’t anything to look forward to. That’s why we’re pushing so hard for the Point Molate casino project, because there ain’t no revenue here.”

Ford knows how people outside Richmond see him and the people in his neighborhood. They ask him if he’s ever been shot or if he’s killed anybody or been to jail. It upsets him that people think of him that way, but he understands, too.
He doesn’t let the stereotypes get to him. He has goals. And he’s not going to let Richmond get in the way of them.
“I’m trying to be something in life, always having a dream. I’m always trying to do better. Even though I’m from here, I try not to let it bring me down.”