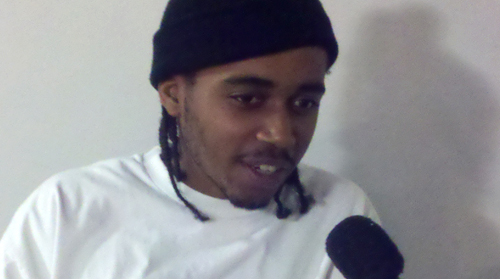 20 Dec The “Alive and Free” Prescription to Save Richmond, Calif.

Posted at 14:23h in Health, News, Re- Entry by Pulse Editor 0 Comments

Editor’s Note: The Alive & Free Training has just been introduced to Richmond. It is designed to inspire individual behavior change and reduce risky behaviors that often contribute to homicide or other violent crimes. We spoke to one of the workshop’s participants, Rasheed Shepard, about how the program is giving the city of Richmond a much needed jump start. Donny Lumpkins is a content producer at YO! Youth Outlook. Malcolm Marshall is a senior editor of Richmond Pulse.

Slouching in his chair, wearing baggy jeans and jacket, Rasheed Shepard, 20, listens intently as Dr. Joseph Marshall, co founder of the Omega Boys Club and creator of its Alive & Free Prescription, describes the social disease that is plaguing Richmond: an epidemic of violence.

Marshall explains how the disease is transmitted: by the germs of bad information, bad instruction, bad advice, and bad examples that, to young people, appear to be good. Around the room, the participants, who sit at desks that have been pushed together, are nodding and taking notes.

The Alive & Free Training, which has been offered in San Francisco for nearly 15 years, has just been introduced to Richmond. It is designed to inspire individual behavior change and reduce risky behaviors that often contribute to homicide or other violent crimes. It is sponsored by the Office of Neighborhood Safety, which works on behalf Richmond’s most disconnected and vulnerable populations, with an emphasis on preventing youth violence.

Most of the participants at the three-day program work with young people at nonprofits and other service organizations; a few of them belong to a group that is upgrading a new park for Richmond’s children. But Shepard is different, he’s been involved in gang violence for most of his life but now he’s trying to turn things around for himself and make his life in South Richmond go as smoothly as possible. He is there seeking the tools for redemption and the guidance necessary to stay out of trouble.

Among the 15 or so people taking the class, Shepard appears to be the youngest. He has a little scruff under his chin. He is the only one who looks like the guys in the neighborhoods that Dr. Marshall is talking about. He’s lived a lot of what Dr. Marshall is trying to get young people away from, and it landed him in to some trouble—which, for a young man in Richmond, isn’t hard to find.

Most of his family has been in the city their whole lives. Richmond is like the South in the way that communities and families go way back— the roots are deep and as tangled and thick as those of any trees. Memories are long and grievances are passed along from one generation to the next. It’s not just gang violence that persists; there are personal grudges and family feuds along with the drugs and killings.

This closeness, and the city’s small size (much smaller than Oakland, for example), separate Richmond from other urban areas plagued by violence, “Depending on who your family is, and the name that they made in Richmond,” Shepard says, “it can be a good thing for you, but sometimes it can be bad.” Either way, there’s not much space to breath.
Richmond’s reputation as being dangerous and unforgiving is not entirely undeserving. But Shepard says this is just one part of the story.
“Some of the best things come out of Richmond. Some of the best people come out of Richmond there’s a lot of artists out here, a lot of good athletes.”

Shepard doesn’t want to talk about his past; he’s trying to put that behind him. After dealing in the madness in Richmond, Shepherd is now trying to be a part of the positive side, through the Office of Neighborhood Safety’s program to help young men at risk of being involved in violence, rebound and find success.

A little while ago, Shepard would have been one of those people responsible for Richmond’s bad reputation and the disease of violence that plagues it. Now he wants to be a part of the cure and help dispel the negative perception just by being a good guy.
“My dream is basically to be a good father. And have the wealth to take care of my son and show him how to be a better man.”

He says Richmond is in desperate need of fathers and role models. If he had a choice, he wouldn’t raise his son in Richmond. But even if he did move he says he could never fully let it go.

“Yeah, I think about leaving Richmond, but I will always return. I’ll always come show the love to my family and friends. But I believe everyone that lives in Richmond wants to leave Richmond and see some better things, because the world is big.”

Through the Office of Neighborhood Safety program, he’s getting that chance. He’s learning new things at leadership and mentoring conferences. In the future, he plans to go to New York and maybe even Washington DC if it works out. Things are looking up for Shepard and he knows they will continue to if he stays on the right track and he’s eternally thankful to ONS for helping open his eyes to the rest of the world.

“They are showing me that there’s more than just Richmond.” And sometimes that’s all we need to jump-start us, proof of a place other than where we are.