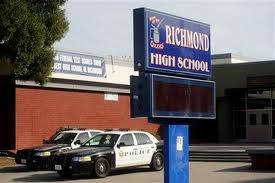 Posted at 09:35h in News, Youth by Pulse Editor 0 Comments

If you ask me even four million dollars is not enough to give that teenage rape victim victory. Each and every one of those men who raped her deserves to face life in prison. It doesn’t really matter how drunk she was, or what did or didn’t happen. No means no and that is the bottom line. Period. What if she was a virgin or had been raped once before? The trauma and pain that that girl had to experience is absolutely unbearable.

If you ask me she has heart to be able to speak out tell what happened and actually face her victims in a courtroom for the sake of her justice. A lot of rape victims nowadays are so scared that they not only don’t want to go to authorities but also just want to wake up from a never-ending nightmare. There are females that have been raped who wouldn’t dare speak on it for the sake of their lives. I salute that young teenage girl and give her my utmost respect. She had the courage and the bravery that some grown woman don’t even have nowadays.

I hope that this rape victim case gives hope to those that were put in the same predicament and thought it was their fault or wrong to tell some because they feared for their life. Once a female, especially a minor, says no then that’s exactly what it means. ‘No’ doesn’t mean ‘maybe’ or I’m playing hard to get. ‘No’ means ‘no’ and that is the bottom line.

And when it comes to the boys who did this to that child: I think they deserve the death. Because ten and twenty  years down the line that girl will still have to endure the pain that she is facing at this very moment.