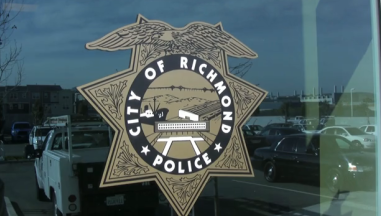 EDITORS NOTE:  The following story is the result of a collaboration with the RYSE Center, a community-based non-profit in Richmond that seeks to improve personal and community health by building youth power and leadership.  This reporting and training partnership is supported by a grant from The California Endowment.

RICHMOND, Calif. – Each morning, as I walk up the hill that leads to El Cerrito High School, I watch the opposite side of the street, where students I recognize proceed down the hill. As the scene unfolds, I wonder, “Wow, is it that easy to leave school?  Why are they leaving?  I hope they don’t get caught!”

Last October, the Richmond City Council passed a daytime curfew resolution that forbids minors (under 18 years-old) from being in public areas during school hours, between 9am and 2pm.  The new law gives Richmond police officers the right to stop anyone on the street – anyone who they perceive to be a minor – to ask where they are headed.

The curfew policy was originally introduced by Richmond police chief Chris Magnus, who says the curfew will keep young people out of trouble and ultimately decrease school truancy in Richmond.

According to published reports, city officials estimate that about 450 students skip school on any given day.  Last spring, when Richmond police officers conducted a sweep of the city over several days, they claim to have rounded up 425 minors who should have been in school.

However, many local residents see curfew enforcement as a waste of police officer time, and fear the curfew could result in civil rights violations by encouraging police to single out young Latinos and African-Americans that “look” dangerous.

Some residents have already experienced possible racial profiling due to the curfew.  Xavier Polk, a high school student, said he has encounters with law enforcement on a weekly basis, simply because he has to commute from Richmond to attend North Campus Continuation High School in San Pablo.

“I feel like (the police) only pull me over because I’m a young African-American,” said Polk.  “They only hear my loud music and only see my black hoodie.  There’s got to be a better way.”

When a student is actually caught cutting class, they are taken to one of two designated centers in the city: RYSE Center or Richmond Police Activities League (PAL).  If the young person is caught doing something illegal, they are taken to a police station.  At PAL, there are counselors whose job it is to discover why the youth are skipping school.

Michael Booker is a lieutenant with the Richmond Police Department, as well as a basketball coach at El Cerrito High School. He insists that the department is not profiling based on race.

“The curfew ordinance is built to address all young people, regardless of the color of their skin,” said Booker.  “Our emphasis is getting young people back in school.  (At) certain schools like Kennedy and Richmond High, African-Americans or Latinos may have been stopped (by police), but they’re not the only races that have been stopped.”

Despite this, I know I’m not the only young person living in Richmond whose heart begins to pound when I see a police car while I’m waiting at a bus stop or just walking down the street during the day.

A year ago, Lannisha Taylor was questioned by police while waiting at a bus stop after being let out of school at 12:55pm.  “I felt like he (the policeman) was harassing me,” says Taylor.  “He made me feel like I was doing something (wrong), but I was just trying to get home.”

The parents of students in Richmond are also directly affected by the curfew. When a student is picked up and taken to a PAL or a police station, parents are phoned to come pick up their child.  This might be a hassle for numerous parents who lack personal transportation, or who work in another city.   Also, fining the parents (up to $500, depending on the number of offenses), or giving them community service for reoccurrences of the violation is particularly hard for a single parent who is already barely able to make ends meet.

Nevertheless, my grandmother Dorothy Smith, who has been a resident of Richmond Annex – a neighborhood in southeast Richmond – for over 30 years and who raised five children and many grandchildren in this area, has a much more optimistic perspective on the daytime curfew:

“I think it’s a great thing. I constantly see youth walking down my street and I wonder if they are supposed to be in school or not. Sometimes I am scared to let them see me leave the house, because I wonder if they will try to burgle my house or something.  I am sad that I have to feel that way toward my youth… (But) they need to be where they’re supposed to; then they wouldn’t have any problems.”

Lt. Booker agrees that the curfew is a good plan on many different levels.

“It will benefit everybody (by reducing) daytime crime, keeping more kids in school and getting more kids educated,” said Booker.  “It helps not only the city but the school district as well, and all the other resources like RYSE (a community youth center in Richmond, where truant students are sometimes referred by the police) and PAL, because now the kids get involved in those programs. Our plan is not crime based; ours is service based.  We’re about getting services for these young people and getting them reengaged with the schools.”

“Ultimately there could be a fine if a kid is habitually truant and the parents aren’t involved, but that would be up to the judge.”

When it’s all said and done, I just hope the curfew will not become another device to catch youth doing wrong, rather than help them do right.