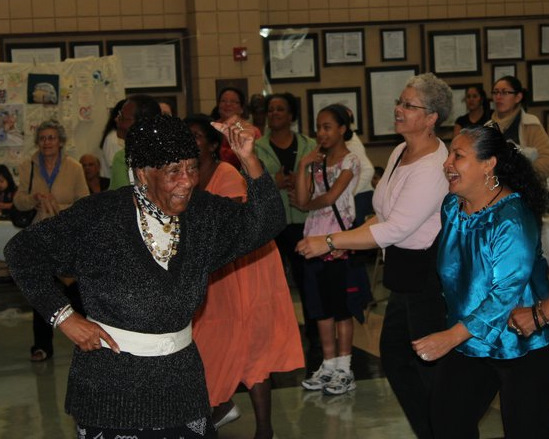 Posted at 23:40h in Arts and Culture, Elders, News by Pulse Editor 2 Comments

In a time of turmoil around the world, the sense of sisterhood is essential to the struggle faced by oppressed people.

When I grew up in Richmond, the idea of sisterhood was almost non-existent – something only shared within certain ethnic groups. Once, a girl come up to me and pulled my hair for no reason. I believe a lot of these behaviors come from our own culture, one heavily influenced by a mainstream media that promotes violence and money, and depicts women as objects.

There were definitely more girl fights than positive gatherings, like the one that was held in the city of Richmond on March 12th, at Lovonya DeJean Middle School. The event, Sisters in Solidarity, was the fourth annual such gathering organized by city officials, community residents and local leaders who are hoping to connect different sectors of the community around the common pursuit of unity and sisterhood. 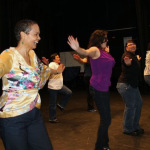 The purpose was to bring together a dynamic and diverse population of women under one roof to share information, thoughts, knowledge and experiences on the community work we each do in Richmond. Over twenty local organizations participated – such as STAND, Building Blocks for Kids, Urban Tilth and Communities for a Better Environment, just to name a few. The day started with an open blessing by guest speaker Murial Antoine, a Lakota artist.

The flow of the day was very exciting with different activities, performances and presentations. To start off the entertainment, Richmond’s own youth-artist Stynna Swagg performed her single “A Girl Like Me,” that focuses on the way the media portrays women. The emcee for the event, Richmond city council member Jovanka Beckles, kept the crowd energy high from start to finish.

Richmond Mayor Gayle McLaughin welcomed the diverse audience with a humble speech on the significance of sisterhood and leadership. With the mood set, over two hundred men and women – mostly women – began the first of three round table discussions. The conversations ranged from healthy lifestyles, to domestic violence, youth empowerment, urban agriculture and building bridges between black and brown residents.

The variety of people who attended brought a wealth of knowledge to every table. Shirley Bryant, the daughter of a “Rosie the Riveter” – a name sometimes used to describe the women who worked in the factories during WWII – who is new to Richmond, said, “It is very important for people like me who are relatively new to find out information not commonly known.”

One of the few men in the room, Antonio Medrano, a member of the Board of Education, commented on the significance of the event by saying “It gives us courage [and] hope, that it is possible to work together, from Asians to Latino’s — it can be done”

It was a breath of fresh air to walk in a room full of strong women working on social issues. Women united have won many victories, however we still have a long way to go in regards to gender equality. I hope the event only gets larger by the year, and more youth get involved in the planning process.