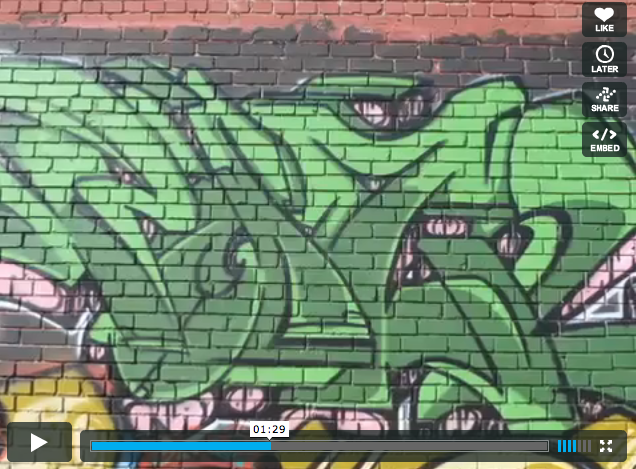 Posted at 14:28h in Arts and Culture, News, Youth by Pulse Editor 4 Comments

RICHMOND, Ca   — On March 22, 2011, a group of community artists, civil rights advocates, educators and young people assembled at Richmond City Hall for a council meeting to discuss the issue of freedom of expression, and specifically, to weigh in on the question: Is graffiti art?

The debate started more than a year ago, on October 10, 2010, when people across the globe took part in a day of action against climate change. In Richmond, officials declared a citywide “garden workday.” On the same day, a group of about 11 youth artists from Richmond and Gompers High School began painting a mural on 9th Street, to beautify the area near the Richmond Greenway. Raising their own money for the project, the students created a vibrant, colorful 8-piece mural. Within a week, however, their work would be removed, deemed illegal by Richmond officials who claimed the mural was a violation of city code. 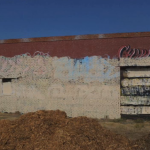 Adding insult to injury for the artists, only 8 days after the first brush had been dipped in color, the very youth who had painted the wall were buffing off they’re own art, forced to paint over the wall to avoid a fine being levied against the owner of the property.

According to Richmond city code, the mural was considered “graffiti” because it was an unauthorized use of paint. However, because the city does not have a clear process for authorizing paint, the law has led to confusion.

That was exactly the case with the mural on 9th Street.

Mrs. Borg, an art educator at Gompers High School, and David Meza, an urban gardener and educator, obtained written permission from the private owner of the building where the mural was painted in the spring of 2010, and after gaining the support of the Parks Department manager, the mural process began in October.

The mural, said Jose Lopez, a student artist at Gompers who participated in the project, was an “opportunity to beautify our neighborhood by sending out positive images to tell the people that we can have color where we live, (and) not just (have to) thrive in a dark place with no artistic influence.”

After the second day of painting, code enforcement officials confronted the artists about “tagging” on the wall. The artists claim that they then removed the “tagging” in question, but authorities still came back three days later, this time with a notice of removal.

The youth artists, unsatisfied with the city’s decision, began to educate themselves, and with support from the Arts Commission and American Civil Liberties Union, called for a study session at the city council.

At the council meeting were representatives from Gompers High School, the RYSE Center, Artschange, the Arts Commission, the American Civil Liberties Union, community supporters, Richmond police, and the youth artists themselves.

Richmond Chief of Police Chris Magnus reported at the council meeting that neighbors had complained about the mural, leading to police department concerns. Magnus also said that the existing graffiti ordinance does not permit graffiti on public, or private, property. 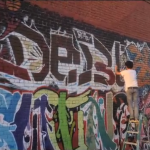 However, the muralists and their supporters claimed that the work was not graffiti at all, but art.

“The goal of the mural was to bring art to an area with little life and joy… The goal was to bring color as a backdrop to our organic garden and orchard” said Meza.

Now, the goal is to prevent this type of confusion from ever happening again, by supporting artists who are proactively trying to improve city environments through the creation of visual art.

Due of the persistence of these youth artists and their supporters, it looks like that goal will soon be achieved.

According to city officials, a revised ordinance will be put in place in the near future, one that will both involve youth input and include an authorization process for city murals.

By the end of the meeting, the youth artists from Gompers and Richmond High had another reason to celebrate. The city agreed to reimburse them for the money they had spent out of pocket to produce their work of art.