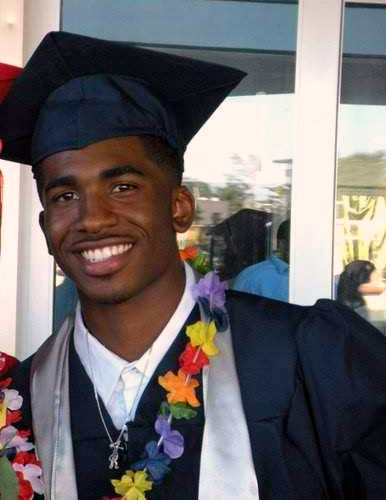 28 Jul Friend’s Death Will Not Be in Vain

Posted at 17:05h in Arts and Culture, Health, News, Youth by RPadmin 0 Comments

Richmond is a city ridden with violence, drug abuse and robbery, among other things, including low high school graduation rates. In 2009, only 72 percent of the senior class actually graduated from Richmond High School as reported by City-Data.com. An even worse fact is that the graduation rates for African Americans are significantly lower. 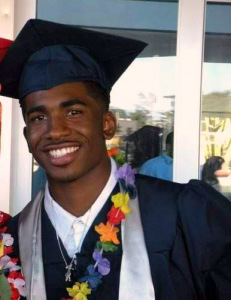 Rashad Bailey rose above the adversity and prejudices that he faced as a young Black male by graduating Richmond High, and working two jobs while also attending college. Rashad was one of the few Richmond youth I knew who actually had his priorities straight. Rashad knew that hard work would get him where he wanted to be. Rashad was one of a kind; funny, determined, a true breath of fresh air. But as you may know, the worst things sometimes happen to the best of people.

On July 3, 2011, 19-year-old Rashad Bailey was shot and killed while sitting in a car.
Anyone who truly knew Rashad knows he wasn’t a violent person. Obviously, it has been extremely rough for the family and friends of Rashad to accept the reality of his death, but there is a silver lining.
“An eye for an eye” is a quote I am more than familiar with living in Richmond. This single quote is what I believe has my city in the crisis it’s in. Retaliation is something that people feel is necessary these days, which obviously leads to more violence.

One thing I have noticed is the effect Rashad’s death has had on his family and friends. Instead of following the “an eye for and eye” law-of-the-land and looking for revenge, they have chosen to look for a peaceful resolution to put an end to the violence.

Growing up in a city such as Richmond, violence is the norm. But when does it stop? As a member of this community, I can see the effort that is being put forth to stop the violence. More community centers have opened and more activists are speaking against violence, and even the younger generation has decided to take a stand. People I know, my peers, some who grew up around and even accepted violence, have turned a new leaf. I can’t speak for the entire community, but from my perspective the push for a new beginning, one that does not include savagery has begun.

The best example I can give is myself. Rashad is not the first friend I have lost due to violence. I used to think guns, fighting, and bloodshed was OK, “It’s normal,” I thought, “Everyone goes though it, it’s just the way things are.” But after having SEVEN of my friends murdered, I quickly realized that we are in dire need of a solution. My old ways and the ways of many teenagers today will not create a constructive and idealistic community.

A death is always a difficult thing to deal with, but the concept of death never truly hits you until someone close to you passes away. Change starts with one person: Yourself. And sometimes it can only happen when you hit rock bottom. It’s a shame that our community had to suffer so many losses to finally realize that enough is enough.

Rashad’s death was a major loss, but one thing is for sure: it will not be in vain.