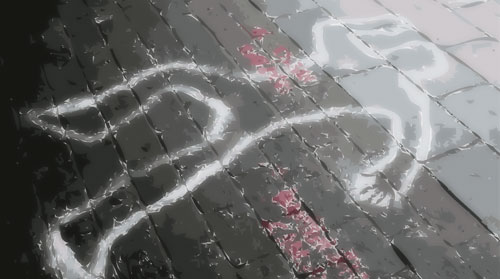 08 Sep 6 Simple Things That Can Turn Deadly in Richmond

Posted at 19:18h in Health, Youth by Pulse Editor 0 Comments

EDITOR’S NOTE: This summer, violence broke out in Richmond, California, disrupting what had been a relatively peaceful 18 months in this beleaguered East Bay city. The 13 murders committed since June 1 all took place in the Richmond flatlands, where police have attributed the shootings to warring gang factions representing different neighborhoods in north and central Richmond.

Three local Richmond Pulse reporters – Danny McLane, 18; Nancy Ybarra, 22; and Karina Guadalupe, 19 – recently sat down to share their thoughts with one another on the various ways that violence gets sparked on the streets of Richmond. The following list came out of that discussion.

Danny McLane, age 18: One thing in a teenager’s daily life that is commonly taken for granted is (telling or being the subject of) a simple joke. From an outside (perspective) it’s fun, but…

Nancy Ybarra, age 22: Small arguments can escalate and turn into something deadly. Once I witnessed a petty argument between my two neighbors. They were talking about each other’s mothers. It ended up with one guy who lived across the street threatening to kill my next-door neighbor. The next morning, he shot my next door neighbor in the head.

Karina Guadalupe age, 19: Sometimes (the) things someone says (about another person) are funny to some people, but can be taken the wrong way by others. Something as simple as [a joke] can turn into an argument or something worse.

2. Looking at Somebody the Wrong Way or For Too Long

NY: Seems like if you stare at someone for too long without meaning to, they take it the wrong way. They don’t forget, and funk can begin.

KG: I don’t understand why people make such a big deal about this but I guess that’s just how it is. Once I was at Burger King with a friend, I was looking out the window when a girl sat by it. She thought I was staring at her and we ended up arguing because of it. It didn’t escalate, but it was pretty funny to me. I never thought I would be arguing with someone about something that stupid.

NY: I think envy can also make someone stare. Females often tend to hate on each other. One female could be dressed better than the other, or their hair could be looking better. It starts with stares.

3. Hanging Out With the Wrong People

4. Going to the Wrong Neighborhood

DM: One problem that Richmond youth face today is the necessity of watching your surroundings. Being aware of your surroundings is… quite frankly [unnecessary] for many young people in America. But in the city of Richmond, constantly looking over your shoulder is survival attic; a habit. Something so minor as a simple walk down the street can turn deadly in a matter of seconds. It’s a well-known fact among Richmond residents that certain places during certain times are just plain off limits.

KG: Richmond is divided into three neighborhoods: North, Central and South Richmond. I know many young people that won’t go past certain points. The boundaries they have set for themselves are trapping them in their own neighborhood. It’s sad.

5. The Clothes You Wear

KG: Different neighborhoods wear different hats. They wear them to stand out and so others know where they are from. It has started a lot of drama.

DM: High Schools such as Richmond High and Kennedy – schools (that are) submerged in low-income, high violence areas — have decided to accept new (clothing) guidelines, one being no hats, (because) hats with the letters “C”, “NY” and “CR”, among others, have contributed to violence.

NY: ”NY” hats in North Richmond and ”C” hats in Central Richmond can represent which hood you live in. Each neighborhood takes pride and if you’re seen with the wrong hat it’s taken as a form of disrespect. And in many cases it has taken lives.

6. Who You are Related To

NY: If someone has funk with someone you’re related to, they automatically have funk with you too.

KG: Sometimes, you don’t even have to do anything for someone not to like you. Just being related to someone can put a target on your back. People can give you an attitude, mug you (look at you threateningly) or can start a fight just because they don’t like your sister or your brother, and sometimes even your cousins.