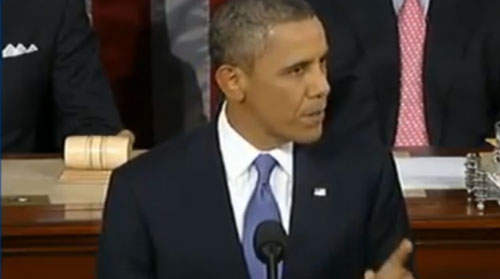 Posted at 19:09h in Economy, News, People, Re- Entry by Pulse Editor 1 Comment

Last night, President Obama rolled out his new plan to jump-start the economy and create jobs for Americans. At a homeless shelter in Richmond Calif. — a city reeling with problems like unemployment, gun violence and foreclosures — the President’s speech was viewed with healthy skepticism mixed with cautious hope.

Obama told Congress to “pass right away” a plan that he says will lower the unemployment rate that currently sits at 9.1 percent. In Richmond, the unemployment rate is 17.6 percent — almost double the national average. With the elections right around the corner, if the President wants to keep his job that number has to change.

The plan is supposed to put money in the pockets of the average American and help those who have been unemployed for a long time. It will also provide a tax break for companies who hire new workers.

It’s supposed to provide a jolt to an economy that has screeched to a halt.

At the GRIP (Greater Richmond Interfaith Program) building — the largest homeless service provider in Richmond — a few hopeful people sat around a table in the soup kitchen to watch Obama’s speech, hoping the President would say something that would help them get back on their feet.

Among them was Garry, 47, around six feet tall, bald and dressed to the nines, he spoke thoughtfully and intelligently. Garry seemed like he would be a valuable asset to any company. He’s from the Bay Area and has been unemployed for a little over a year, though he has been diligently looking for work to no avail. He declined to provide his last name.

He’s an ex-felon and said he never gets past the background checks. He hoped Obama would address the issues of people in the inner-city who are under-educated or have been in the system and need employment desperately. Garry hopes Obama understands his needs and the needs of people like him.

“This whole notion of the corporate world, people having to have an education to be successful, or to even be able to have the necessities of life. Everybody’s not in that situation.” People are hungry, he said. He’d like to hear Obama address the issue of felons’ rights and says he has yet to hear the President do so.

Calvin Tennyson, 64, is from Richmond and works at GRIP part time. Though he is no longer career oriented he still needs extra cash to make ends meet. His pay comes from the government and in the last few years he’s seen his hours cut from 20 hours a week down to fourteen.

“Just this year alone from the budget cuts they reduced the number of hours,” Tennyson said. “For some seniors who aren’t receiving benefits or social security and who depend on the 20 hours, this is a problem, devastating to their income.”

Also at GRIP watching the speech were Ricky and Jennay Stokes – 33 and 41 respectively — from North Richmond, Calif. They are currently homeless and living at GRIP with their children. GRIP is one of the only homeless shelters in the Bay Area that serves entire families. Ricky and Jennay have both been out of work for a long stretch.

Ricky is an ex-felon who says his lack of education and criminal record adds insult to injury in a barren job market in Richmond. He’s been looking for work for 18 months. Jennay says she hasn’t had much luck either. “In Richmond a lot of people just are not hiring.”

Ricky said Obama’s speech “…sounds good but I’ve been sold dreams all my life.” He’d like to see Obama take some action. “I got a lot of kids and it’s hard to live off of the income we get from the system.”

He feels the government might not really care about people in his family’s situation. To his mind, if the politicians really did care they would come to the “heart” of where America’s problems are and start leading by example. “Don’t just talk about it, be about it,” he continued, adding that the reality is that people are trying but the job situation is dire. “You basically have to go to San Francisco or the Fremont area [to find a job]…there are no jobs around here [unless] you lucked up, fell through the cracks and got one.”

The general consensus after the speech is that the President did address some of the issues the people at GRIP wanted him to but their hopefulness comes with a grain of salt because they know politicians aren’t always able to do what they say. And too often, they don’t reach out to the people who need them the most.

“Talk about the inner cities a little more, because they are still down there,” Garry said. “In some ways, I feel like that’s why the economy is such a mess: we’re not dealing with the core of who we are.”