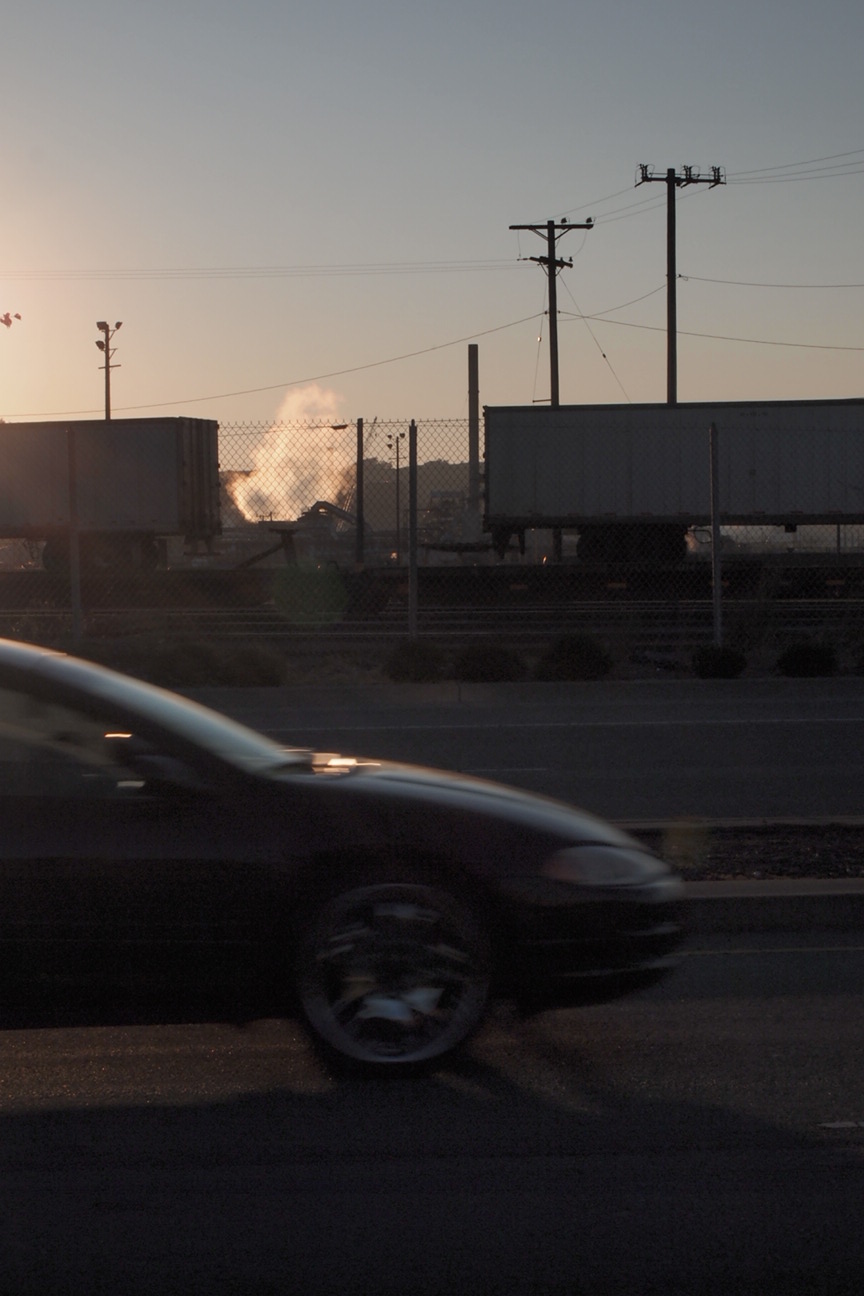 Posted at 18:21h in Environment, News by Pulse Editor 0 Comments

Beyond the North Richmond neighborhood, in the industrial section of this city, Chevron engineers, workers and representatives welcomed residents last Saturday to the second annual Chevron Refinery Community Tour, a chance for the public to get an up-close look at the largest oil refinery on the West Coast, producing 240,000 barrels (42 gallons per barrel) of crude oil per day.

The visitors on the tour represented a diverse cross section of Richmond, ranging in age, race and ethnicity — all curious to see the inside of a refinery best symbolized by the big red storage tanks that sit up on the Richmond hills. Toddlers wearing plastic fireman hard hats pressed their noses onto the thick windows, surveying the tangle of pipes and steel rods overtaking the land. At times, the tour resembled a junk yard theme park ride, gliding over cables and weaving in and out of rusted thick pipes, stopping momentarily for the riders to gaze at giant white spheres containing propane, gasoline, jet fuel and other deposits. It was easy to become mesmerized. Meanwhile, adults raised their hands and asked questions:

“From where does the refinery receive its imported crude oil?” Saudi Arabia and Alaska, we were told.

“How large are Chevron’s profits?” Apparently, the majority of Chevron’s profits come through its production of lubricant and motor oil. According to our tour guide, Chevron only profits “pennies on the gallon” for its gasoline.

“When did Chevron begin operating in Richmond?” First as Pacific Coast Oil and later as Standard Oil, Chevron has operated in Richmond since 1902.

In addition to taking questions like these, the tour guides described what life is like working at the Chevron refinery. Likening it to a miniature city, the guides said the Chevron Refinery operates its own electricity infrastructure separate from PG&E and up to 3,000 employees can be found on the ground level traveling through Chevron’s numerous departments on a daily basis.

Although open to the public, security during the tour was in abundance. Chevron required advance registration and parking passes that participants received through the mail. Upon entering the company parking lot on 841 Chevron Way, visitors presented identification to police officers. In addition to cameras and recorders, purses and backpacks had to be left inside vehicles before boarding the tour buses. Running from 9am to 2pm in one-hour shifts, large comfortable buses and Chevron engineers guided visitors into the principal refinery zone, and explained the intricate mechanisms of Chevron’s operations, which involve processing crude oil into the many different products people use daily.

Featured last on the tour was the partially constructed hydrogen facility that would allow Chevron to refine heavy crude oil and omit fewer emissions while supplying other Bay Area refineries with its product. However, construction on the Hydrogen plant must be postponed until Chevron addresses environmental concerns. The hydrogen facility is one component of Chevron’s Renewal Project (http://www.richmondrenewalproject.com/), a plan first introduced to the city of Richmond in 2005 which has been highly scrutinized.

At the end of the refinery tour, visitors exited the bus and made their way into the reception tents. Posted along the tent’s plastic walls were photographs of the Chevron Refinery and workers. The historical photographs, postcards and newsletters stacked on the tables tied Chevron’s growth to Richmond’s development from the 1920’s, to Richmond’s home front experience during World War II and finally, to the Downtown Richmond’s re-emergence in the last decade with the company’s support of the Richmond Main Street Initiative. The bind between Richmond and Chevron was even more emphasized during the tour, by outreach material that chose to highlight Chevron’s $3.7 million in contributions to Richmond and West Contra Costa government programs in 2010.

The small number of visitors who stayed to mingle in the reception tents were allowed to have conversations with Chevron representatives, who passed out bottled water and placed chocolate snacks on the tables. Standing next to a banner promoting the “Chevron Renewal Project,” Chevron public affairs representatives offered additional information on the project. Clearly, the shadow of the 2009 Environmental Impact Report that ceased the construction for the Renewal Project looms large for the company. According to one public affairs representative, Chevron “recognizes the confusion and concern” related to the project in the community, and through events like the community tour, the company hopes to “demystify” the process of refining crude oil and provide information for the greater Richmond community.