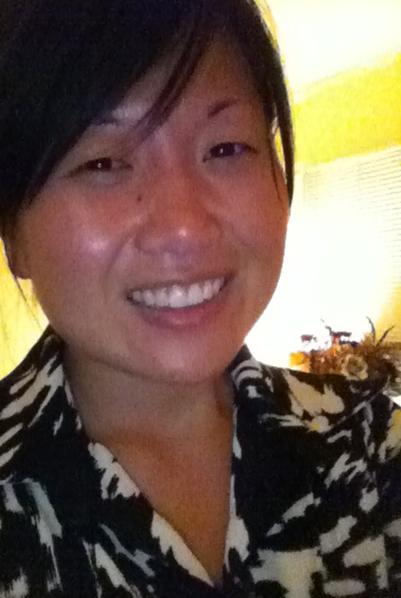 13 Nov Something Like Jazz: Roots and Renaissance in Richmond

Posted at 10:43h in Arts and Culture, Elders by Pulse Editor 0 Comments

“It was a new song and its deep and plaintive beauty, its great cadences and wild appeal wailed, throbbed and thundered on the world’s ears with a message seldom voiced by man…They sneered at it—those white Southerners who heard it and never understood. They raped and defiled it—those white Northerners who listened without ears. Yet it lived and grew; always it grew and swelled and lived, and it sits today at the right hand of God, as America’s one real gift to beauty; as slavery’s one redemption, distilled from the dross of its dung.” –W.E.B. Du Bois, Black Reconstruction in America: 1860-1880

It is a new day in Richmond, and it is something like jazz.

Jazz is not only the quintessential American music; it is an icon, metaphor and the embodiment of slave struggle, African heritage, the Civil Rights movement, Creole, Latin and African-American roots, liberation, expression, patriotism and everything it means to “be an American.”

The history of Richmond is tied inextricably to certain things: To the people, the movement for racial justice, American patriotism and courage, and the language of jazz that permeated the entire culture and tone of the city.

Richmond has welcomed numerous innovators and social justice workers over the years. Duke Ellington performed multiple times at the Richmond Auditorium. Richmond and North Richmond were, and have remained, homes of the Black Panther Party and civil rights organizers. Dr. Martin Luther King, Jr.’s first visit to California was in fact to Richmond, to the Easter Hill United Methodist Church. Fred Jackson devoted his life to justice, service, and freedom through expression. The flow and the music created in Richmond were manifest responses to the racial injustices and legacy of slavery–recognizing years of struggle and bondage across the country–noted by cultural critic Ralph Ellison who wrote, “In those days it was either live with music or die with noise, and we chose rather desperately to live.”

In North Richmond jazz and blues clubs once thrived–Minnie Lue’s, Tappers Inn, and Club Savoy, among others. Club Savoy was home to the legendary Jimmy McCracklin, and owned by his sister-in-law Granny Johnson. The building later became the Green Pastures Church of God in Christ, (now Green Pastures Independent Faith,) and for more than half a century has maintained a deep commitment to living with music. Octavious Webster– grandson of the church’s founders, Pastor William Combs, Sr. and Missionary Irene Combs–is now a drummer himself.

He stated: “I’m a drummer, I play the drums in church. In the past there were days when there were three or four drummers lined up for one service, six to seven piano players, so many musicians. Now it’s not even a remnant of what it used to be. The music…it’s there, but it’s hidden.” The clubs may have disappeared, but the music continued to live…in the churches, homes, and people.

“Jazz came out of the church,” he continued. “Churches were on every three or four blocks, and you heard the music and you knew where it was coming from.” And in many jazz compositions one does hear a church-like, traditional brass chorus, a seeming revelation—a “pastoral theme” which reminds us of church, or a riverboat, or 19th century American countryside. This juxtaposition moves the listener from a city environment in the present, to the past–a rural, religious, or perhaps New Orleans or deep-South sound. Jazz is as much about church and countryside as it is about cabarets, urbanism, and the city streets.

“If the blues were the roots of America’s modern religious sensibility, jazz was its oxygen; if the blues were buried treasure under the ocean’s floor, jazz was the deep-sea diver bursting back up into the air.”

Here in Richmond the “jazz” that is the city and urban life has again burst upon the scene and emerged proudly into the light. Though the diverse players have changed, the issues and struggles have not.

In October we celebrated the grand re-opening of the East Bay Center for the Performing Arts in the historic Winters Building on Macdonald Avenue—the structure itself referential of the “hot jazz in stone and steel” Le Corbusier found in Manhattan’s skyline. The East Bay Center trains students in diverse forms, honors the deep roots and legacy of the Iron Triangle, and seeks to be a living cell that is connected and accessible to the broad Richmond community—for example creating theater productions showing the unification of Black and Latino families who once had been in conflict.

Operation Richmond, the interfaith collaborative of clergy founded in response to incidents of gun violence—particularly the Valentine’s Day church shooting at New Gethsemane—has brought the diverse faith communities together toward a common vision, to the healing of neighborhoods and families. Richmond Main Street has launched neighborhood ambassadors, new entrepreneurs, and hosted beautiful community gatherings inviting the appreciation and exploration of a revitalized downtown corridor.

Community leaders have found innovative ways to bridge past, present, and future. Dedan Kimathi Ji Jaga, an activist, documentary photographer, and mentor, works with Tommie Smith Youth Movement (founded by its namesake, the 1968 track Olympian who issued a Black Power salute from the podium upon winning the gold medal in the 200m race) to coach and mentor young people in Richmond and the Bay Area. Betty Reid Soskin–park ranger, activist, writer and musician–leads interpretive tours of the Rosie the Riveter/World War II Home Front National Historical Park helping to connect current generations with Richmond’s lesser known histories. Community steward and retired City Recreation Specialist Rosalind Randle–whose family has been instrumental in building community and mentoring athletes at Shields-Reid and throughout North Richmond–came out of retirement to learn construction and install insulation at the historic Maritime Center.

People make the city, and the relationships compose the “music.” Like Matisse, Debussy, Marie Curie, and Ernest Hemingway in the last century, Richmond’s engaged community members have fostered a break-it-all-open sentiment in the present that welcomes a new day, and supports the intellectual freedoms and democracy we value so greatly–or at least attempt so ardently to maintain. Richmond is no longer known as a “three-headed dragon”; groups are now working together collaboratively.

Given all of this, it is truly sad how some individuals in the city have seemingly forgotten this history of social struggle, and are now themselves perpetrating the same acts of violence they had experienced against fellow Richmond residents. (“If I’d known you were ‘Mexican’ I wouldn’t have voted for you,” exclaimed a heckler at a recent City Council meeting. “We don’t get Mexican customers, so I can’t take your fliers,” “reasoned” an African American business owner to a Latina volunteer of a non-ethnic community organization.)

In the words of Duke Ellington: “Of all the walls, the tallest, most invisible, and most insidious, that according to some observers mars the image of our country, is the wall of prejudice.” People live in houses and may throw stones, but “Did God ever build a wall?” he questioned.

Whether speaking of the city’s literal constructions like walls and fortresses, or more figurative ones like racial category or cultural identity, the goal is the same. We must move beyond divisive and hollow categories and unite in a common humanity.

Jazz is characterized by oppositions where both elements are nonetheless equally true—these play off one another, push-pulling to maintain some kind of equilibrium. Happiness and sadness, freedom requiring discipline, dark and light, the primitive and the modern, purity and sexuality, hot and cool, free-flowing and structured. These same oppositions also drive urban life and are subject to the pitch, timing, energy and flow of the city. From roots to renaissance, Richmond is something like jazz.