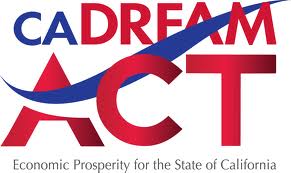 Editor’s Note: California’s DREAM Act gave bright undocumented students new hope for going to college, but issues like low funding could undermine the act for many.

Despite the announcement of Gov. Jerry Brown signing into law the California DREAM Act last October, students applying for colleges at Richmond High School’s College and Career Center showed a muted response towards legislation that may benefit undocumented students in the next two years.

But some high school counselors are hesitating to promote the act’s benefits enthusiastically because of major problems with the law.

No Celebration of New Law

The Richmond High College and Career Center office shows no signs celebrating passage of the CA DREAM Act – one of several passed by states around the country. Posted wall-to-wall are only the usual pristine posters of smiling college graduates, and bright letters yelling out places like Cal, Chico State and Stanford–as if AB 130 and 131 were never enacted.

Students at the center sat in front of slow desktop computers drafting personal statements, navigating college application sites, typing into empty fields and asking questions, such as whether they should declare a major, or what it means when the application asks, “Do you claim California residency?”

“It was all on Facebook,” said program director Angelica Arriaga of the unseen celebration. “If you go onto Facebook, you will see that lots of kids, undocumented and documented were excited,” said Arriaga. But Arriaga has avoided the hype over access to financial aid guaranteed by the CA DREAM Act.

Although passage of the CA DREAM Act has led students to apply for California State Universities (CSU’s) and University of California campuses, instead of community colleges, Arriaga said she will not emphasize the act and its access to public funds as a security net for undocumented students.

Initially, Arriaga said, many undocumented students thought that beginning next year under AB 131, they’’ be able to sign up for federal student aid get help right away. But the state still needs to answer many questions about the program, its funding and implementation.

Arriaga manages College Is Real (CIR), a college preparation program counseling up to 100 Richmond High students, a quarter of them currently seniors. Close to 90 percent of CIR students are first-generation, low-income and Latino.

Of the 26 seniors Arriaga counsels through CIR, less than 10 are undocumented and have applied to college. Maria, 17, is one of them. The news of the CA DREAM Act being approved came as a surprise to the student, who declined to provide her full name for this article. Nonetheless, the chance to apply for state financial aid comforts her, and perhaps, may be a lifeline.

Maria, a senior, has a 4.1 grade point average and is ranked in the top 10 in her class. She is enrolled in four advanced placement courses including physics and calculus, a member of the Junior Statesmen of America and has participated in Stanford University’s highly selective Summer Math and Science Honor’s Academy.

During after school hours at the center, Maria is often called over by her peers to explain difficult science and math concepts. Deemed “The Brain” by other students, Maria aspires to be a doctor.

Despite her string of accomplishments, though, Maria’s life outside of school has unraveled. She does not live with her family. Following a visit from immigration officers to their home, Maria’s mother and younger brother moved outside of Richmond. The incident prompted Maria’s mother to assume the name and identity records of a deceased relative.

Meanwhile, Maria’s father is a migrant worker in Alabama and Georgia. The anti-immigration laws passed in both states, caused him to consider returning to California, but ultimately stayed, Maria said. The exodus of undocumented laborers from those states left farms in need of workers, work that Maria’s father has accepted.

Every week, Maria’s father sends her money. Although she is living with her parents’ friends and their children, she said it is difficult to go on without family support. Besides missing her family, Maria finds that issues, such as not having her own space, feeling unwanted sometimes and having insufficient money, can get her down.

Maria knows her father’s earnings are not enough to pay even a fraction of college fees. Having the support of the CA DREAM Act and access to public funds, Maria said, is empowering. She added that knowing of this option has relived the pressure on her.

But funding for the CA DREAM Act currently falls far short of Maria’s hopes for assistance. Jose Arreola, outreach manager for Educators for Fair Consideration, (E4FC, an immigrant-students advocacy group) stated, “We are not looking at a lot of money.”

Arreola explained that the California Department of Finance estimates close to 2,500 undocumented students will be eligible for $14 million in CalGrant Funds–merely represents one percent of the $14 billion in financial aid allotted to California students.

“The caveat,” he continued, “is that undocumented students will only get access to the aid that is left over after all citizens and permanent legal residents receive theirs.”

At Richmond High, Angelica Arriaga said this financial reality adds to her hesitancy to promote the act’s benefits. “It’s so limited in terms of the funds that are available to students. They are now competing against each other for that one percent,” she said.

Furthermore, AB 130 does not require universities to offer private scholarships funded by private sponsors and foundations to undocumented students. It only allows them to do so, if they wish.

In addition, Arreola said students and their advocates need to realize that the CA DREAM Act does not offer a complete solution. Once they attend college and graduate, he said, they will re-encounter the challenges of being undocumented.

“At the end of the day, it really is federal immigration reform, like the DREAM Act, that we are going to need,” Arreola stressed.

Meanwhile, at the Richmond High College and Career Center, Arriaga continues to help student apply for private scholarships, private universities and the more affordable California State University system, until the state works out details of the CA DREAM Act.

Maria is not fazed by the uncertainty of the CA DREAM Act. She has chosen to focus on strengthening her applications to private universities, in hopes of receiving a full ride. She will also apply to many scholarships to fund her studies.

But for now, Maria is concentrating on her academics and waiting for the day she can tear open the envelopes containing her college acceptance letters.

“I want to see the yes’s and the letters,” Maria said. “After that, hopefully it will be a smooth ride, and I will find the ways to pay for college.”