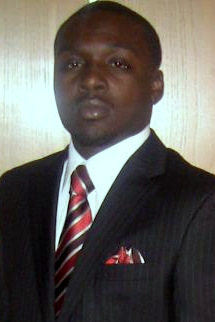 03 Feb Finally off Probation, With Help From Community

Posted at 11:39h in People, Re- Entry, Youth by Pulse Editor 1 Comment

Probation. If you ever did a crime in your life, you know what the word means. I’ve been on probation for two and a half years, since June 15, 2009. But the story really started on October 23, 2008, the day I was shot in the back by the Vallejo PD for running from them.

I was nineteen years old. I was taken to John Muir hospital in Martinez, where the doctor told me that I was going to be paralyzed. After spending eight days in the hospital, I was picked up by the Vallejo PD who had a warrant for my arrest with charges of brandishing a firearm, assault, and being a felon in possession of a firearm. My heart dropped. All I did was run. Yeah, I can admit I was being young and dumb for playing the chase with the police, but I didn’t have any involvement with any of those charges. To make a long story short, I went to trial on the charges and beat every charge except for possession — and that still don’t make any sense because the gun was never found in my possession. But I was placed on probation for three years because of it.

I eventually moved back home to Richmond, CA with my grandmother, and I began to look for ways out of the negativity — a new start. When you first come out of jail they tell you to get a job and be on time for everything. They give you a lot of goals, but they don’t give you the tools to accomplish all that. They have funding to put us in jail, so shouldn’t they also have funding to help us stay on track?

It was hard for me. I was able to get food stamps and GA (Government Assistance). I used it to do what I could. But being on probation is like being in jail without being behind bars. They give you a mandatory supervisor who you have to answer to. If you don’t, there will consequences. If you violate probation, you can go back to jail.

When I was hanging in the streets I had to try and keep up an image. But after I was on probation, I just wanted take care of my business. Probation made me think twice about my decisions. I stopped hanging with the wrong crowd and I started thinking for myself, not caring about what other people thought about what I was I doing.

A turning point for me was when I joined the Office of Neighborhood Safety (ONS) program and the Omega Boys Club. ONS opened a lot of doors and opportunities for me. They gave me the tools and supplies I needed, like BART and bus passes. ONS also led me to Omega Boys Club in SF. Omega had an impact on my mind. They gave me strength and motivation. They helped me dream. Omega taught me about risk factors and the rules for living. One rule that’s stuck in my mind is, “You’re only one bad decision away.” They gave me a formula to live by — how to be mature, how to pick my friends. They also helped me with school and gave me money to take my GED. They gave me a family. From Omega, I got to Richmond Pulse and the Pulse led me to the RYSE Center in Richmond, where I got a much needed job.

On January 24, 2012 I received a call from my probation officer. I knew my time was nearly up — I was supposed to get off probation June15, 2012 — but plans changed when he told me that I was eligible for early release from probation.

I don’t have to urinate inside a cup anymore. I have been peeing clean for the last two and a half years. I have freedom once again. I don’t have to answer to the system. I will not attend the probation meetings ever again. I don’t have to take a part of my day to go check in with someone who isn’t my boss or my supervisor. Now I can go out and enjoy myself with out worrying about probation. And if the police pull me over, I’m not on probation. It’s not a worry anymore.

I will continue to stay focused and do what I’m doing. I will keep dreaming, going to school and giving my energy to something I can build a career around. I’m in community college now, and my next step is to go to a four-year university, maybe in L.A. or maybe down in Atlanta. I’m working on music, which is like therapy. It’s an outlet to express myself instead of holding things in. And I have a gift to paint a picture with words. I’m taking the next steps in my life, learning how to be responsible, dependable and learning how to be a man.