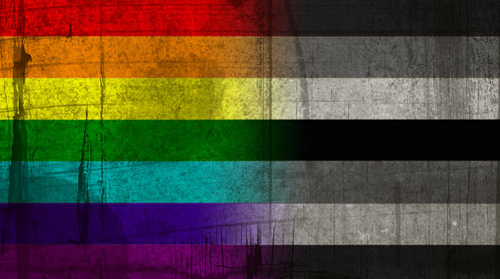 Lilia Quiñones, a San Pablo resident since 1984, sits in a plush armchair, listening to the introductions of the people around her while she toggles her walking cane in her palm. When it’s her turn to speak, Lilia introduces herself as the grandmother of a lesbian niece who wants to learn more about how to support her niece and other LGBTQ youth.

The meeting was organized by Somos Familia, an all-volunteer group of parents who facilitate workshops and support groups for East Bay Latino families with LGBTQ children. Somos Familia began in 2007, after two mothers decided to reach out to other families with LGBT children. Today, the organization has been invited to give a presentation by Morada de Mujeres del Milenio, a family support service organization based at the MacArthur Community Church Center in San Pablo.

Inside the room, which resembles more of a storage unit, around 15 people – more than half identifying as mothers and grandmothers – watch short clips of Somos Familia’s documentary, Tres Gotas de Agua, or Three Drops of Water. Mirna Medina, a founding member and facilitator for the discussion, is featured in the video. Medina shares her experience of accepting and understanding her son’s bisexual orientation within a culture that is intolerant towards homosexuality.

“This was the first time I ever heard of a support group for Latino parents with gay and lesbian children,” says Lilia during group reflection.

Meetings like the one described above are a rare occurrence in the working class communities of Richmond and San Pablo. Despite their proximity to San Francisco, Oakland and Berkeley, three traditionally liberal cities with strong LGBTQ cultures and communities of their own, public discussion and involvement with LGBTQ people has yet to happen here in any meaningful way.

Today, Somos Familia joins the RYSE Center’s Alphabet Group in Richmond as the two lone organizations directly working on LGBTQ issues in this region. This is not to say, however, that Richmond and San Pablo have not had to address the concerns of the LGBTQ community.

In December 2008, the gang rape – classified as a hate crime – of a lesbian woman in Richmond galvanized a wide range of community organizations throughout the Bay Area. The vigils, educational campaigns, media coverage and the prosecution of the four men now on trial, led to an increased local awareness of discrimination faced by the LGBTQ community in Richmond.

And in 2008, Mayor Gayle McLaughlin and the Richmond City Council approved a proclamation recognizing each June as Gay Pride Month. However, some LGBTQ advocates maintain more needs to be done.

“I think it says a lot that we don’t have an official LGBTQ commission or service from City Hall,” says Jenab-i Parejas, coordinator of The Alphabet Group, a drop-in support group for LGBT youth. The Alphabet Group holds their meetings at the RYSE Center on 44th & MacDonald, a local youth development non-profit that has been by all accounts the most consistent and vocal supporter and provider for LGBT youth since its inception roughly three years ago.

In addition to hosting The Alphabet Group, RYSE has guided the creation of a Gay Straight Alliance club at De Anza High School, and is a founding member of the Contra Costa LGBTQ Youth Advocacy Collaborative, the same countywide collaborative that gave Somos Familia a grant to conduct presentations in Richmond and San Pablo. The Alphabet Group outreaches to LGBTQ youth, while Somos Familia outreaches to their families.

Parejas says that in the short time of The Alphabet Group’s existence, its members have grown from being silent to outspoken about their sexual identity – an important development according to Parejas. “Once you limit freedom of expression, that’s when you see the downfall,” says Parejas, referring to the emotional depression commonly experienced by LGBTQ youth.

According to Parejas, outreaching to Richmond LGBTQ youth requires personalized strategies that meet their specific needs. This is because Richmond’s community is multifaceted, with intersectional identities of faith, ethnicity, culture, language, sexuality and class. But within that diversity, says Parejas, come certain divisions between communities on the basis of race, ethnicity, language and age – further fueling the need to provide support services.

Councilperson Jovanka Beckles agrees. In a phone interview, Beckles cited that religious and cultural prejudices discourage LGBTQ people from “leading with their (LGBTQ) identity” and it makes it difficult to create a culture of peace and respect in Richmond.

Beckles is also the Human Rights and Human Relations (HRHR) commission’s liason to the city council. According to Beckles, the HRHR commission is the best appropriate forum for the community of Richmond to submit LGBTQ-related concerns. It is the commission’s responsibility to communicate these concerns to the city council, and make policy recommendations. However, says Beckles, people cannot expect city council to create services for LGBTQ people on its own.

“This is where we put our minds together with members of the LGBTQ community and ask, ‘what’s missing?” says Beckles. “I have had people ask how come we don’t celebrate Pride in Richmond and I say, well there is nothing stopping us. The council needs to hear it. I need hear it.”

Although Beckles said there is no current City Hall plan to strengthen LGBTQ support or collaborate with LGBQ organizations, Mayor Gayle McLaughlin has said she is willing to do anything to “further amplify the voice of this segment of our community.” During an interview, McLaughlin listed the annual Gay Pride proclamation, her support in signing the Mayors for Freedom to Marry statement and the workshops on civil rights from the Richmond Progressive Alliance as examples of work reflecting her commitment to the LGBTQ Richmond community. McLaughlin also commented that there has been discussion between the city and RYSE in developing a Youth and Children Services department, which she imagines would include services for LGBTQ youth. Asked of the possibility of having an LGBTQ advisory commission, McLaughlin said, “I would certainly want the young people who are suggesting this to come and meet me and we can talk through what the task and charge of that commission would be.”

The Alphabet Group will take this to task. Without an official city commission to assess the needs of Richmond’s LBGT community, The Alphabet Group will conduct its own community needs assessment and submit the final report to the city council sometime this year. Jenab-i Parejas also says the members will produce outreach material and even a Yelp-like review list of LGBTQ-friendly businesses and spaces in Richmond.

At the end of the Somos Familia meeting, the participants talk freely among themselves. Many are saying thanks to the facilitators and others are giving their ideas. “There should be more flyers, billboards, posters in Spanish, offers Lilia. Jerry Peterson and Jenab-i Parejas, from the Contra Costa LGBTQ Youth Advocacy Collaborative and the Alphabet Group, and San Pablo Councilperson Genoveva Garcia-Calloway speak to Mirna Medina and Somos Familia members. Business cards are passed around. The next goal for Somos Familia is to present again to Latino-interest organizations in Richmond and San Pablo.

According to Mirna Medina, the next objective would be to recruit and train parents to be community health promoters within the Latino community, but it will have to wait until more public support is established. Medina says no organization or city affiliate has reached out to them requesting the formation of health promoters or a curriculum for the community. “…And so because of this,” says Medina, “we are in the education phase, spreading consciousness to other non-LGBT interest Latino organizations.”

“It’s important for Latino families to know this organization because it opens their eyes towards understanding that we have to accept our children as they are,” says Lilia Quiñones. In her spare time, Quiñones is a volunteer family counselor at Morada de Mujeres de Milenio. She has heard the stories of families, mostly fathers, rejecting their gay children. Not being able to accept your child, rejecting and separating from them because they are gay is a form of domestic violence, says Lilia. It affects the entire family. Medina agrees. “The first secure space for our children has to be their homes. And it’s the responsibility of the parents to be informed and sensible.”

The Alphabet Group meets every Tuesday from 5pm-7pm at the RYSE Center, where young people can discuss themes of identity, family, love, dating and more. In February, Parejas and The Alphabet Group will give presentations to students at Richmond High and Parejas himself plans to set up regular drop-in counseling hours for students at the school. If you are interested in joining the Alphabet Group, contact Jenabi Parejas, jenabi@rysecenter.org.

Somos Familia’s outreach covers the entire East Bay. You can view their documentary, Tres Gotas de Agua on http://somosfamiliabay.org, or call/email to join their efforts at 510-725-7764 and/or somosfamiliabay@hotmail.com.

The Human Rights and Human Relations Commission meets every 4th Monday at 6:30 in Richmond’s Council Chamber. Call to confirm.