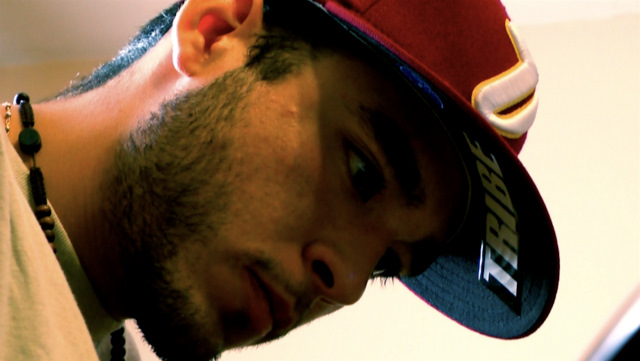 Posted at 16:21h in Arts and Culture, Youth by Pulse Editor 0 Comments

19 year old David Castañeda is a graffiti artist and a member of LA TRIBE, an artist collective in Richmond, California. Yet like many Richmond street artists, his art has received the cold shoulder from city officials and citizens who label graffiti arts as vandalism. But these are artists who have much to offer.

The Richmond Community Redevelopment Agency and the Richmond Main Street Initiative have incorporated public art into its redevelopment strategy for downtown. However, instead of reaching out to local youth street artists like David, they have been overlooked.

In her 2012 State of the City Address, Mayor Gayle McLaughlin said the city was exploring a Youth and Children’s Office that prioritizes youth needs including safety and the arts. The inclusion of an artist workers project into Richmond Youth Works would benefit the city of Richmond, and can contribute to Richmond’s decrease in violence. According to statistics made available by the Richmond Police Department , violence crime in Richmond decreased 14% between 2010 and 2011, but the number of homicides in 2010 rose from 21 to 26 in 2011. Research from Prevention Institute emphasizes on the significance of the arts, youth leadership and economic development to preventing violence, especially among low-income communities of color.

Ignoring Richmond street artists is a mistake. City officials, including Mayor Gayle McLaughlin have publicly called for Richmond’s return to a cultural and artistic renaissance, one that would match the cultural production of World War 2. But the arts never left Richmond. Vernacular forms of art such as graffiti have always been present but are least likely to be recognized by established art institutions. Instead, graffiti is at the center of debate, labeled as vandalism, blight and a connection to gang signage. If the renaissance that we are waiting for has not arrived, its because we are looking in the wrong direction. Youth artists are flourishing in the dark, beneath train track bridges and spaces long ignored. The renaissance, is already here.