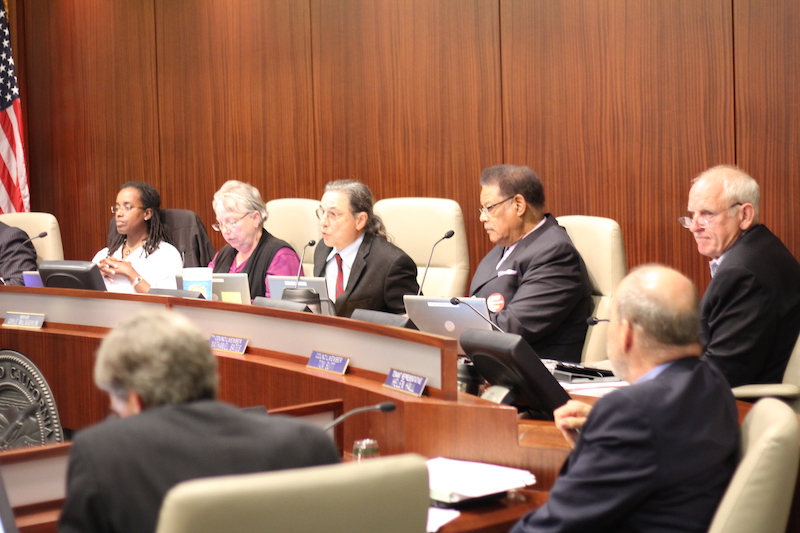 Posted at 16:31h in News by Pulse Editor 0 Comments

City council leaders In Richmond voted 5-2 on Tuesday night to put a special soda tax proposal on the November 6 ballot. The soda tax would add a one cent per ounce surcharge to soda and other sugary fruit drinks that contain less than ten percent juice.
Under this ordinance, grocery stores, markets, and other vendors that sell beverages would pay the business license fee and monitor ounces sold per year. If residents approve the measure, Richmond would be the first city in the country to tax soda in the fight against obesity.

“I would like us to use the tax revenue in programs that prevent childhood obesity, like healthy school gardens and nutrition classes and cooking classes in the schools,” said Richmond City Councilman Jeff Ritterman, who lead the push for the tax and is also a doctor. “We’d also like to provide adequate sports fields and teams for our children as well as programs that fight against childhood obesity.”

Ritterman even brought in props to the meeting to support his point about the damage done to the body by high fructose corn syrup and refined sugar by bringing a water cooler container almost filled entirely with sugar to the front podium. He used the prop to make a point about how much sugar Americans consume annually, contribute to heart disease, high blood pressure and blocked passages in arteries.

With over 200 Richmond residents in attendance, the city council meeting was filled to capacity. Tensions flared as advocates and opponents of the soda tax alike brought signs and petitions with them and made their presence known with cheering and booing throughout the meeting. Nearly 60 speakers came up to address the council on their positions on the soda tax.
Some speakers were adamant about approving the tax like Dr. Lydia Tinajero-Deck, who works at Oakland Children’s Hospital. “I see more and more kids with Type-2 diabetes being admitted to the hospital,” said Tinajero-Deck. “I also see more 11-year-olds that weigh over 200 pounds, and we’ve had two deaths over the last few years that were linked to childhood obesity.”

Local business owners in the audience, however, expressed concern that the soda tax would make it difficult to monitor how many ounces of sugar-sweetened beverages are sold per year and how much tax should be paid to the city. The measure could generate between $2 million to $8 million in additional annual revenue, according to a city staff report.

“The increased costs of soft drinks would adversely affect employment in Richmond,” said Tim James, a representative of California Grocers Association. ”Research has shown that the additional tax on soft drinks will not lower consumption, and force residents to seek grocery stores and markets outside of Richmond.”

Council members Corky Booze and Nat Bates, opponents of the soda tax, argued that it will have little effect on consumption and will primarily target African American and Latino communities.

“It’s clear that African Americans are being used as a stepping stool to get this tax approved,” Booze said. “Are we going to start taxing Twinkies and cakes too because they aren’t good for us?”

Audible booing from opponents of the tax could be heard in the audience as Ritterman spoke about how the funds raised from the tax would go towards health awareness and sports programs.Reverend Kenneth Davis of North Richmond was eventually escorted from the meeting after having a heated shouting match with Mayor Gayle Mclaughlin over his continuous disruptions and angry remarks towards supporters of the tax, and after being warned to stop a staged coughing fit whenever Council Member Jovanka Beckles began to speak in favor of the soda tax.

“This tax is a poor folks’ tax and a racist ploy to steal money for the slush fund,” said Davis to the council. ”Nobody knows where all the money from the tax is really going to go towards.”

Since 2009, Pepsi, Coca-Cola, and the American Beverage Association have spent more than $70 million on lobbying and issuing ads against the soda tax initiative. Coca-Cola even published a paper titled “Our Position on Obesity” that cited scientific reports contradicting claims that sodas are a primary cause of obesity.

So far, over thirty states are working on levying their own soda taxes on the soft drink industry. In Hawaii, lawmakers proposed a tax that would have added 17 cents to a single-serve bottle of soda. And In Baltimore, Mayor Stephanie Blake wants to adopt a five-cent-per-container tax on soft drinks.

Members of the audience had mixed opinions about the soda tax issue; some believe the tax incentive not to drink sodas will be beneficial for the community, while others felt the tax unfairly targets minorities.

“It’s a complex issue,” said Melvin Willis, a local resident. ”Coke tastes good, but it’s not good for you and its also not food. This should be about whether or not an individual has a healthy relationship with food.”

“I think when people go into the stores and see that the price is higher for soda, it might make them think twice about getting it,” said Richmond resident Joel Shanks after the meeting. “Or they might just buy a cheaper brand of soda. At least with the bill though, people are being challenged to be more health conscious.”