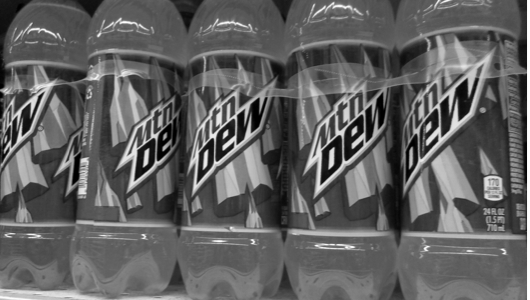 The possibility of a citywide soda tax is causing a debate among our residents. The tax is meant to address the human and economic factors that cause obesity – especially in children – and dental disease, both of which are prevalent in Richmond. The money made from the soda tax would be used to create city health programs that would, for example, promote healthier eating and exercise.

According to 2010 Fitnessgram [www.fitnessgram.net/] data, more than 50 percent of children in elementary schools in Richmond are obese or overweight. And according to a Contra Costa health services report for the Richmond City Council, 74 percent of all Richmond residents live within a quarter mile of a soda vendor. The same report shows that soda is also frequently sold in close proximity to schools. Not surprisingly then, 67 percent of children in Richmond between ages 12-18 surveyed in the report said they consume one or two soda beverages per day.

I asked my family, neighbors, and friends as well as my boxing coach what they thought about the soda tax and whether they planned to support it. Their answers were obscure and conveyed a lack of understanding about why soda is a health matter. When asked why they constantly drink soda, some said it relieves their thirst. However, the truth is that soda does the opposite. Its ingredients – like caffeine and sugar – actually cause dehydration. It can also cause tooth decay and reduce bone density, and the simple sugars soda contains are what can eventually cause diabetes and obesity as well.

When asked if they knew that they could get a free cup of water at McDonalds and other places, instead of paying a dollar or two for a cup of soda, their response was yes. But still, they admitted, they would rather get the soda. If they did get the cup of water and there was a self-serve soda fountain near by, they would probably sneak themselves some soda, too.

This love of soda raises an important question: Would a soda tax even have an impact on changing people’s minds about drinking soda?

Most of those I’ve spoken to have said that even though they do not think it would stop people from buying or drinking soda, the money from the soda tax is well needed in the community to create nutrition programs as well as fitness programs. However, others in the community don’t want a soda tax, saying it’s just one more tax that will hit poor people’s wallets the hardest. Councilmember Courtland Boozé has called this is an “elitist” tax and said that he would not agree to a tax that is basically calling people fat.

The benefits or disadvantages of the soda tax remain to be seen, and whether or not we’ll even have a chance to see the impact will depend on the decision of Richmond voters, who go to the polls on November 06.