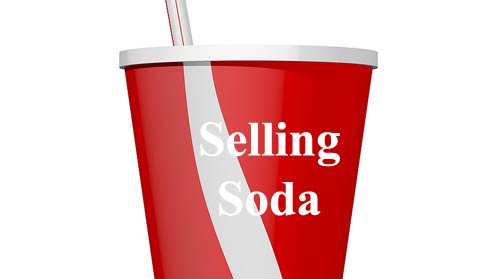 19 Jun Inside the Mind of a Soda Marketer

Posted at 13:52h in Health by Pulse Editor 0 Comments

WASHINGTON – In a nation facing unprecedented levels of obesity, efforts by health advocates to make soda Public Enemy Number One are gaining traction. But marketers of the sugary drink still have to figure out how to sell it.

The way the drink is being marketed, even as cities across the country are looking to crack down on soda – from Mayor Michael Bloomberg’s campaign to ban the sale of large sodas in New York City to a proposal to establish a soda tax here in Richmond, Calif. — was the subject of a discussion last week at the first National Soda Summit.

While consumers know their soda purchases add up to a corporation’s market-share, they may be unfamiliar with stomach-share, a concept marketing guru Todd Putman termed “a mind-bending, altering, paradigm.”

From the perspective of beverage companies, Putman explained, inside the stomach, food or other drinks become direct competitors with a brand’s products. “Water, anything you want to put in your stomach, I want to push out. I really don’t want you to drink any of those things; I want you to drink this, [my product] — and more often.”

Putman, president of The Future Pull Group, is a career marketer and brand manager, including almost four years at Coca-Cola where he was responsible for carbonated beverages in North America. In animated fashion, complete with colorful video commercials on how healthy foods and snacks could be marketed to compete with the high sugar content, name-brand products Americans have come to love, Putman provided a window into the mind of a marketer.

Hosted by the Center for Science in The Public Interest, the event featured Philadelphia Mayor Michael Nutter and public officials from other cities who described their efforts to address the burgeoning rates of obesity, diabetes and other harmful health-related conditions among the American populace. An array of presenters, from dentists and physicians to epidemiologists and nutritionists, cited consumers’ increasing daily intake of sugar-sweetened beverages – SSBs — as a key driver of those rates.

Putman, who conceded he is not a health expert, concurred. “It is very clear to me, just looking at the data, there is a linkage between sugar-based soft drinks and obesity and some of the healthcare issues that are confronting us.”

The direct line between higher sugar consumption in the United States and the effective marketing of SSBs is a fairly simple one, if, as Putman stressed, one understands that the beverage industry “revolves and pivots around per capita consumption.”

Thus, reversing the high rates of SSB consumption will prove difficult, given the enormous financial resources beverage companies continue to invest in what Putman described as their three key marketing objectives: affordability, availability, and accessibility. Each is different, he explained, with layers of sub-strategies designed to reinforce each other.

For instance, price, or the affordability of SSBs is readily apparent in the discounts offered for larger sized single servings and multi-pack volume purchases. “Soft drinks are cheaper than water in many cases, right? That’s just crazy,” Putman said. However, he contended, it’s a product’s availability that has a higher correlation with boosting the holy grail of higher per capita consumption and stomach-share.

Availability is reflected in the presence of SSBs in stores, fast-food outlets, stadiums and the myriad of venues that provide retail sales opportunities, including vending machines that now number well over three million in the United States, according to Putman.

Accessibility, though, in marketing parlance, is different. It’s the marketer’s goal to assure that the product is ever-present in the consumer’s mind. “I am pervasive. I spend billions of dollars making sure that I am touchable. I’m online, I’m off-line. I’m in theme parks, I’m at the Olympics, I’m at America Idol – I’m everywhere you want to be,” Putman said of the beverage industry’s strategy. “Accessibility is how can I reach into your head, grab your cortex and pull it back towards myself.”

Dr. Shiriki Kumanyika, a professor of epidemiology and the associate dean for health promotion and disease prevention at the University of Pennsylvania School of Medicine, noted that it is difficult to develop counter strategies to compete with marketing SSBs to African-American and Latino communities, which suffer from the highest rates of obesity and diabetes. She pointed out that the beverage industry’s money also supports community sponsorships and therefore “effectively silences black leaders who would like to talk about the problem,” for fear of losing that revenue stream.

Rudy Ruiz, president of Interlex Communications, whose agency has been engaged in public health advocacy, contended that social media can play a critical role in countering the beverage industry’s messaging onslaught. In fact, the conference opened with a video by 18-year-old Will Haynes of Richmond, a winner in the ‘Soda Sucks’ campaign, a competition sponsored by New America Media to encourage youth to choose water as an alternative to soda. And, at the closing reception, attendees were treated to a live rendition by Richmond Pulse reporter Sean Shavers of his award- winning rap, which included the lines: “Now, what they don’t tell you, on the back of that soda can, is that you can have diabetes as a young man. One pour, one sip – Pepsi, Sierra Mist, Seven Up, Sunkist – I don’t drink none of this.”

In his presentation, Putman acknowledged the potential of social media to play a role in nudging consumers toward more healthy alternatives than SSBs, but reminded his audience that the beverage industry anchors its marketing around emotional appeals, not rational choices. Toward that end, he said, it is imperative to understand that “the resources, the scale, the intelligence, the strategy, that those companies use is absolutely intense.”

For example, one presenter noted that the Robert Wood Johnson Foundation has spent $100 million a year on its anti-obesity initiative. In contrast, in 2010 alone, Coca-Cola’s U.S. media spending totaled more than $400 million and the company is ramping up a social media campaign of its own.