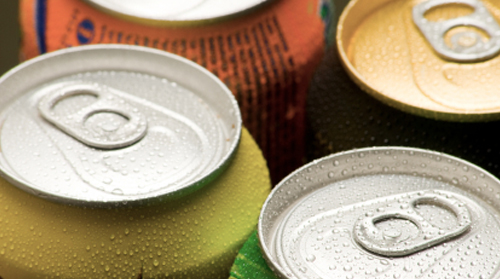 Posted at 08:47h in Economy, Politics by Pulse Editor 2 Comments

Editor’s note: Richmond is now ground zero for the debate over how to reduce soda consumption, with a one-cent per-ounce tax increase to appear on the ballot in November. Residents are divided. Some contend the tax will contribute to lower rates of obesity, others that it is simply a means to raising revenue while hurting small business. National stakeholders, meanwhile, including the American Beverage Association and the American Medical Association, are channeling efforts toward winning over voters in this largely low-income city. Richmond Pulse is going to track changing views over the next four months with regular updates on the issue. The following is a sampling of public opinion taken outside the Richmond main library.

Vanessa Dilworth, 20: I think it’s a good idea because its going to put money back in the community. I would vote for it. I worked in a health food store and I stopped drinking soda because I know it’s bad for you. Water is best and juice. Organic stuff is good.

Bruce Lawerence, 50: “I hadn’t heard of it. It all depends on the funding and where the taxes are actually gonna go. If they’re gonna line the pockets of the city council and such, I’m not for that. But if it’s for what they say it’s for then it’s a good thing probably. I do drink soda and a couple pennies here and there ain’t gonna matter.

Unnamed, 72: “I’ve heard about the soda tax. It’s just like they were going to do the cigarette tax. I’m a pipe smoker. It’s just a way to get more revenue, it isn’t going to help anybody. I can go to El Cerrito and buy my sodas. I think it will hurt merchants here in Richmond.”

Beatrice Walker, Richmond Resident Since 1963: “Soda is not too good for people and it’s making some people obese. It’s not a pure kind of drink that people should be drinking. They should drink more healthy drinks. The addiction has a hook on you. It’s hard to break the habit.The tax may stop some people but it won’t stop everyone. There should be more educational programs in order to encourage people not to drink the wrong thing.”

Philip Marin, 25: “It’s not going to stop obesity, it’s just going to make people spend more money on sodas. People are not gonna switch to water. They would have to tax it more than a penny per ounce.”

Yolanda Vega, 30: “I’m actually against it. They are trying to do it to use the profits for obesity and stuff but it’s one of those taxes that’s really trying to mandate what we consume. It’s not something I would go for.”