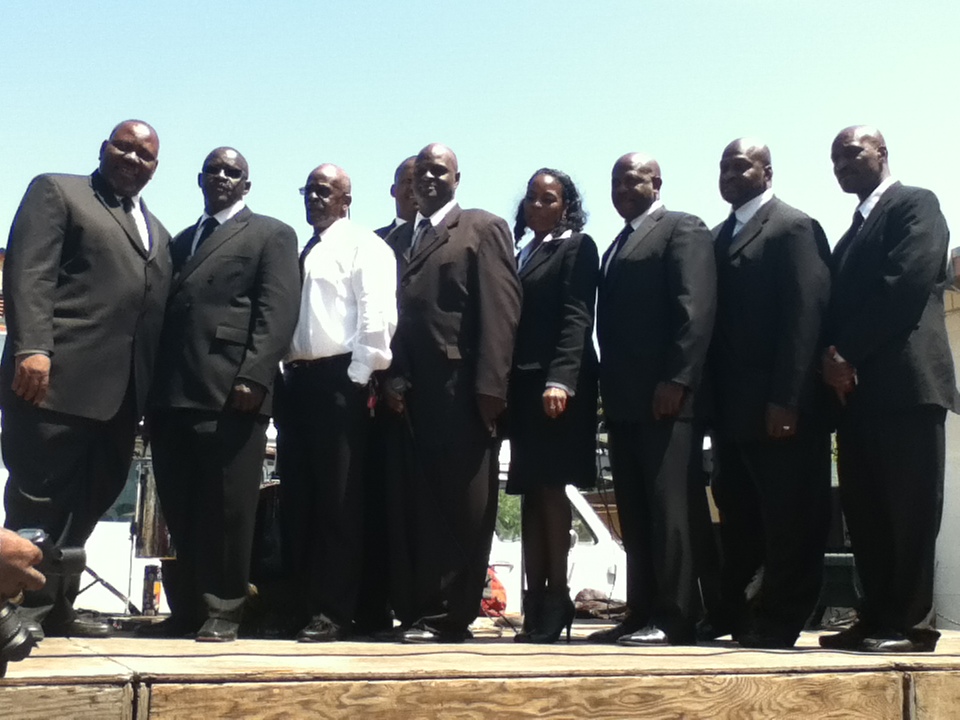 16 Jul As Prisoners Come Home, Richmond Non-Profit Seeks to Keep Them There

Men and Women of Purpose (MWP), a community non-profit dedicated to reducing recidivism among former prisoners living in Richmond, hosted an open house at its new location on 23rd Street last May. The purpose of the open house was to “inform (people coming back from prison) that there are services here for them now. They don’t have to wait,” said Antwon Cloird, the organization’s founder.

With more and more prisoners due to come back to Richmond in the coming months as part of the state’s prison realignment plan – many inmates are being transferred from state prisons to local jails, to ease overcrowding and bring relief to the state budget – the WMP open house could not have come at a more critical time for many former inmates who are returning to their local communities with little more than the shirt on their back and the standard $200 issued to inmates released by the state.

Last October, Governor Jerry Brown pledged maximum state support to local officials for handling the influx of state prisoners, including funding to be used for supervising parolees and managing lower-level offenders, as well as providing mental health, substance abuse and child protective services. Some of that money is now being directed to local service providers such as MWP.

Local governments are also trying to do a better job of doing more with the resources they have. Local county jails are releasing lower level offenders that meet certain requirements through alternative release programs, using tracking devices to keep tabs on ex-offenders, and putting an emphasis on local rehabilitation housing programs in order to decrease the chance of an ex-offender going back to prison.

While some critics of early release say it will result in a spike in crime in the community, it’s still too early to determine if that is actually the case. And programs like MWP are doing what they can to make sure that spike in crime never materializes.

“Our goal is to give people a second chance at a first class life,” said Cloird. But, he added, there are obstacles to overcome. For example, Cloird said it is common for ex-offenders in the community to be misdiagnosed with mental health conditions, or be dealing with drug abuse issues; both of which can contribute to a person ending up back behind bars. That’s where MWP comes in, providing much needed counseling, education workshops, job preparation classes, and life skills training. MWP has partnered with other providers in the community such as Richmond Build and Building Trades, to help meet the growing need.

The MWP open house kicked off with a prayer, followed by a short but inspiring sermon given by George Turner. Music was provided by a live band, Raw Blues, and the people soaked up the tunes while enjoying a meal of barbecue, hot dogs and chips.

Many people came out to show support, including Mayor Gayle McLaughlin, who spoke about how MWP are showing the right initiative and setting an example of how Richmond can transform itself. Kimberly Graves, the marketing manager for MWP, was the MC of the event and introduced all the speakers. Frank Williams, director of the Senior Expender program in San Francisco, came out to recite an inspirational poem he wrote to share with the crowd. City Council members Jeff Ritterman and Corky Booze as well as City Manager Bill Lindsay came out to show support.

People from different parts of the greater Bay Area, such as Tariq Curry, a 27 year-old Tracy resident, came out to show support for his mother who is involved with MWP. He said he believes MWP is a good program, one that can go a long way toward helping people that are suffering, especially kids who may need help, as long as the program uses its resources to help the community in the right way.

Cloird and Barbra Becnel, executive director of Neighborhood House, escorted individuals on a tour of the new facility — starting out with the first floor offices, and moving on to the HIV compound testing room, DUI handling room that was decorated with informative posters, and a tour of the kitchen and cafeteria. On the third floor, Cloird and Becnel presented a glimpse of the live-in program, with dormitories meant to help people transition from dire situations back into the real world. The temporary housing can accommodate up to 50 residents.

Precious Knighten, a 21 year-old Richmond resident, started her first day as an MWP intern at the open house event. Precious said she feels honored to work with MWP and be part of a positive movement in Richmond, surrounded by prominent upscale African Americans who are willing to promote community change.

“If people would be willing to open their ears to listen to what people with experience have to say, then a lot of guidance will be provided,” said Knighten.