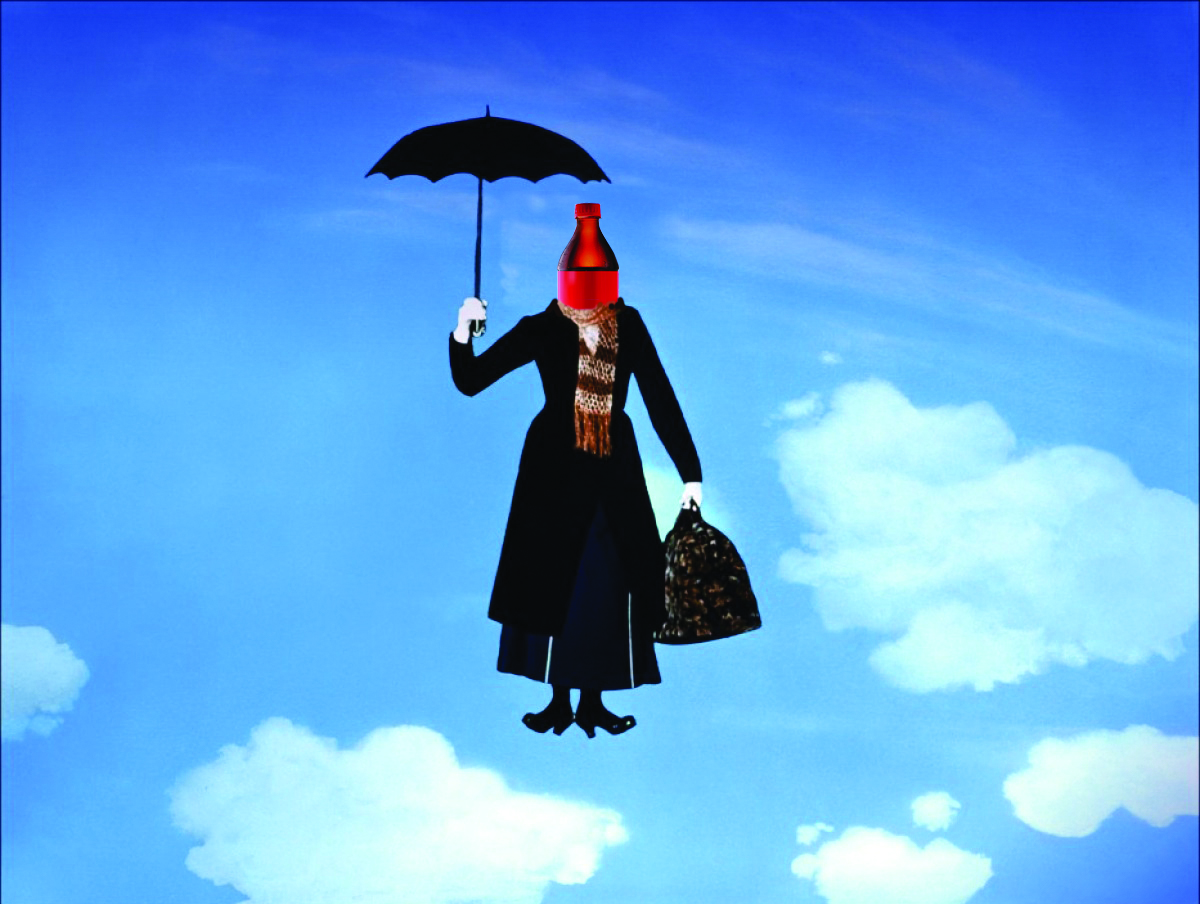 Posted at 19:33h in Health, Politics by Pulse Editor 0 Comments

A spoonful of sugar is no longer the way to help the medicine go down.

Mary Poppins, with her stern British demeanor and cheeky sense of humor, enthralled generations of families. How many children have since dreamed of having a nanny that could clean their room with nothing but a snap of her fingers and a song?

Now imagine a modern day Poppins, slowly wafting down from the sky on her giant umbrella, and landing in Richmond, California. Would she befriend the chimney sweeps over at the Chevron refinery? Would she still be offering a spoonful of sugar to help the medicine go down?

Times have changed since 1964 when Walt Disney released the film Mary Poppins, and it is hard to imagine any super-nanny of today encouraging children to eat an abundance of sugar.

So is Proposition N, a penny-per-ounce tax on sellers of sugar-sweetened beverages in Richmond, ahead of the curve? Or is it simply a case of anti-sugar hysteria going too far?

Just How Bad Is It?

We already know that when we crack open a can of cola or sip on a sugar-sweetened iced-tea, we are ingesting an enormous amount of sugar. We try to eat healthy and make the right choices, but at the end of the day we are tired, we have to stretch our dollars, and food is often a source of comfort. Plus, we were practically raised on sugar. So it can’t be that bad, right?

Even the Drug Enforcement Administration (DEA), which says that both legal and illegal drugs affect one’s body and brain, makes not one mention of sugar as a drug on its website.

Yet most people, at some point in their life, have experienced a “sugar-rush.” Either in their childhood when they ate too much cake, soda, and ice cream or perhaps as an adult when they went back for that second helping of dessert.

If sugar is indeed a drug, it’s one of the most socially acceptable drugs that exist. It is sold over the counter. It is sold to all ages. It is sold in amounts ranging from singular doses to bulk purchase.

Furthermore, the negative consequences of over-consuming sugar are prevalent and visible in our communities. According to kidsdata.org, 51 percent of students in the city of Richmond in 2010 were overweight or obese. And the rates of diabetes for youth and adults alike are rising, across the board.

But like the smoker who knows cigarettes are unhealthy – there is a warning on the box – and decides to smoke anyway, the sugar consumer knows that sugar is unhealthy yet still decides to indulge.

If “a spoonful of sugar” was an acceptable way to take medicine fifty years ago, it’s now been replaced by seemingly more reasonable health practices. It’s insightful to consider Measure N, commonly referred to as Richmond’s “Soda Tax,” within the context of one such practice, known as harm reduction theory: a set of ideas and strategies that seek to reduce the negative impact and consequences of drug use.

While it may seem like a stretch to extend strategies used for kicking substances such as heroin and cocaine to sugar, let’s try. Below are a few of the principles central to harm reduction, followed by an analysis of how Measure N fits within the theory:

For better and or worse, drug use is a part of our world. Its harmful effects should be minimized, rather than simply ignored or condemned.

People drink soda. Measure N is an approach that neither ignores nor condemns this fact, but rather accepts that consuming soda is a choice with costly health risks.

Will the soda tax stop people from drinking soda? Probably not. But it may make consumers think twice before indulging.

Raising the quality of individual and community life and well-being should be the criteria for any successful intervention or policy.

Estimates put the potential revenue generated by Measure N at roughly $3 million annually. Measure O would implement a non-binding advisory committee charged with suggesting how best to direct the funds, namely toward community health education and efforts to prevent obesity and diabetes, including the construction of athletic fields across the city. The measure would not ban soda, but rather build a community safety net for the health fallout of over-consumption.

Non-judgmental, non-coercive services and resources should be provided to people who use drugs in order to assist them in reducing harm to themselves, and to their community.

Measure N has been criticized in some circles as being an attack on overweight people.
But while the measure focuses on generating revenue for obesity prevention programs, not just overweight people drink soda. It is not about stigmatizing any one sector of the community.

Poverty, class, racism, social isolation, past trauma, sex-based discrimination and other social inequalities affect both people’s vulnerability to and capacity for effectively dealing with drug-related harm.

Implicit in Measure N is an acknowledgement that there exists a direct correlation between being poor and being unhealthy. However, Measure N by itself can only begin to make headway on the bigger issue of what the food ecosystem looks like in some of Richmond’s most business-scarce sections. When the only source of food in one’s neighborhood is a liquor store or fast food restaurant, how does a soda tax create change?
The real and tragic dangers associated with drug use should not be minimized or ignored.

According to a report by Contra Costa Health Services released in 2011, in the City of Richmond 32 percent of students were obese and 20 percent were overweight. The report, prepared for the Richmond City Council in December of last year, shows that these numbers are clearly linked to the development of chronic diseases such as diabetes, hypertension, heart disease, cancer and stroke.

Measure N will certainly not be the final answer to wiping out the scourge of obesity, diabetes or other health problems in Richmond caused by the over-consumption of sugar, but the ideas behind it are rooted in real and tragic facts.