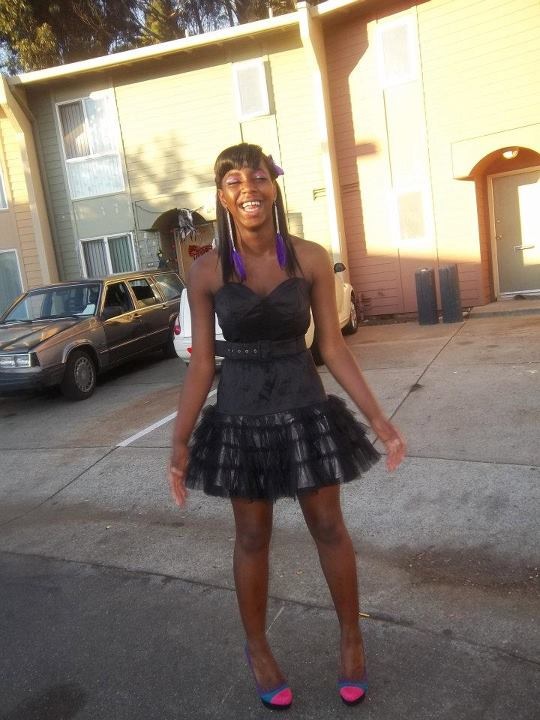 21 Oct How I Got By Without My Dad

Right before her high school graduation, Danielle Dokes heard the news. Her dad was being released from prison. She thought her father would get to see her graduate.

But he never showed up.

Danielle, an 18-year-old resident of Richmond, Calif., has seen her father going in and out of prison for the last 10 years.

“Every time he calls me, I be like, ‘Hi Jeff.’ I have never called him dad, because I feel like he is not a dad, and I really, really want to have a relationship with him,” she says.

When Danielle called her father to tell him she graduated from high school and is going to go to a four-year college in Alabama, he did not congratulate her. He told Danielle he would buy her a class ring as a graduation gift but he never did.

“It was good [when he first got out of prison],” Danielle says. “He called me, he had a job, he was doing good, and then he just fell off. I guess he was using again and my sister would tell me like, ‘Yeah, Daddy’s doing the stuff again.’”

After being released from prison, Jeffrey started going to AA meetings, working and helping out his mother. But it wasn’t long before he was locked up again for drugs.

Sometimes Danielle thinks she would rather her father were dead then in jail. At least then, she says, she would have a good reason for not being able to have a real relationship with him.

But Danielle still wishes that she had a better relationship with her dad.

“I wish I could have a relationship with him that’s someone trying to help me go far. When I give up, I want someone there, like, ‘No, I’m here for you, don’t give up,’” says Danielle.

When Danielle graduated on June 8th from El Cerrito High School, she became the first person in her family to graduate and go to a four-year college. It’s been a goal she’s been working on since she was a freshman in high school.

“My college sat me down and said, ‘When you were a freshman, you said you wanted to go [to college, but] the path you were on, you weren’t about to go there. You were going to end up at home, working a minimum wage job, not able to take care of your family. If you want to be successful, either you can go this route or [the] other route.”

Danielle is now attending Alabama A&M, where she plans to get a degree in psychology.

She says she is going through college without any assistance from her father.