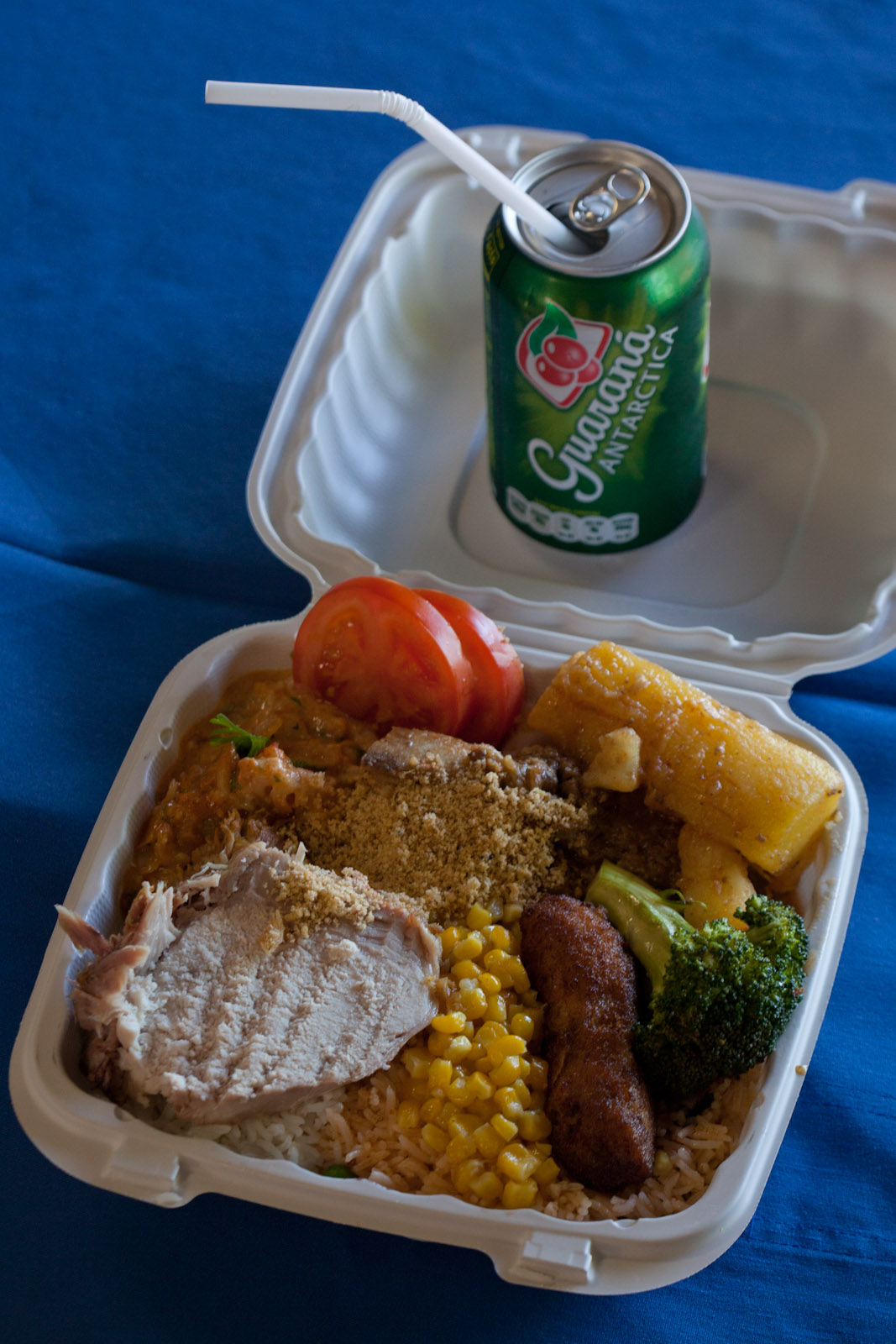 01 Nov Food for the Brazilian Soul, at Tempero Goiano

Posted at 20:52h in Business, Politics by Pulse Editor 0 Comments

Tempero Goiano is a family-run Brazilian coffee house and restaurant that serves traditional Brazilian food every day of the week, bringing a taste of home to compatriots and surprising the palates of others in the Richmond and El Cerrito community.

Although the restaurant has been open for just over a year, its history began more than six years ago, when Estela Lima started cooking at her house and selling to the local Brazilian community that came to crave her traditional food.

Lima used to work cleaning homes with her daughter, Angelica Lima, until Angelica became sick and had to go back to Brazil to get the proper medical treatment.

Left to live alone with her grandson, Lima decided to quit the cleaning business and began cooking full time at home, which allowed her to take care of the boy. When Angelica eventually did come back from Brazil, healthy and ready to get back to work, she discovered a thriving business had sprung up in their kitchen.

Word of mouth made the homemade food so famous that every day the Lima family had their dining table and living room couch packed with people eating Lima’s food. But a full house also meant a street filled with cars, and the neighbors started to complain.

By the time the police had visited the home twice and threatened to close down the informal business happening inside, the family had already decided to open an official restaurant. Today, customers can walk in anytime between 5pm and 9pm and treat themselves to a buffet style menu, including special à la carte and weekend dishes.

Maintaining the restaurant takes a total family effort. Angelica and Estela do most of the cooking, but had to hire additional help, who are also Brazilian. Estela’s husband and Angelica’s cousins work as food servers and clean tables. The business keeps growing and according to Angelica, Saturdays and Sundays are especially busy.

“At home it was so much easier,” said a smiling Angelica. “We had the couch, the TV, everything was right there.”

The moment a customer steps into the restaurant, they are confronted by the smell of fresh and well-seasoned food. In my case, a quick scan of the buffet immediately got me excited about the one thing I miss the most from home: yuca, or cassava. Although I am not from Brazil, as Latin Americans we all share similar roots, and the look of the food and the smells made me feel right at home.

Tempero Goiano offers an “all you can eat” buffet that includes two types of rice, two types of beans, two or three meat options, pasta, several vegetable dishes and at least two kinds of salads. The buffet costs $10.95 on weekdays, and $11.95 on weekends.

Despite their happy and welcoming energy, the Lima family is not tolerant of wasting food. They encourage customers to serve themselves as many times as they want, but if food is wasted, they will add a charge a $6 fee per plate.

I grabbed a plate and served myself some rice with vegetables, fish stew, fried cassava, steam vegetables, vegetables in white sauce, salad with tomatoes and breaded bananas, and spiced it all up with their special spicy sauce. The food was very tasty and filling, and I’d have it again anytime.

The atmosphere offered the perfect final touch to my lunch. I could hear Portuguese, Spanish and English fly around the restaurant. The establishment is also comfortably clean and bright.

Angelica explained that they cook in the traditional style of the Goias, a state located in the central part of Brazil, but they also serve many dishes that are traditional to all areas of that big country, like Farofa, a flour mixture made out of toasted cassava and pork that one puts on their food as a topping.

Dessert was my favorite part of the meal. The restaurant offers a lot of traditional desserts like flan or rice pudding, but their pastry display is particularly impressive.

I ate a Naked Man or Mané Pelado, a sweet cake made out of cassava. This special pastry was a completely new flavor for me, and I would definitely go back just to have another one of those, with a cup of coffee.

The restaurant also offers a “to go” dish for $8.70 which the customer is welcome to fill with as much food as they can.

Tempero Goiano is located at 12221 San Pablo Avenue in Richmond, and is open 7 days per week, from 5pm-9pm.
For more information go to www.brazilianrestaurantgoiano.com