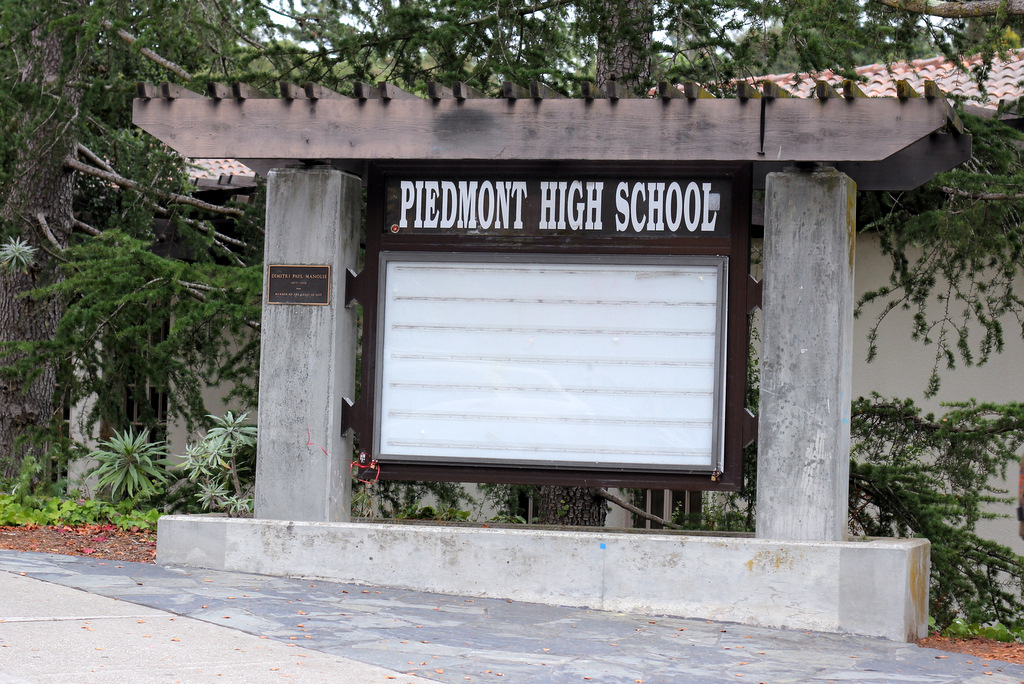 Posted at 20:18h in News, Youth by Pulse Editor 0 Comments

Editor’s note: Students first names have been changed to protect them from possible repercussions from other students.

As a former student in Oakland’s public schools, I was shocked to hear about the “Fantasy Slut League” game at Piedmont High – one the Bay Area’s most prestigious public high school.

So I decided to visit the campus to talk with students and get their view.

The Fantasy Slut League was formed by a group of young male athletes to serve as a sex ring made up of female students who got ranked according to the sex acts they were willing to perform. While media reports focus on sexual promiscuity, the issue that bothered me most after talking with students was how boys were degrading girls, and still are.

Once on school grounds I approached Mike, a skinny, blond-haired, 16 year old student wearing a beanie who was eager to talk and who directed me to other students.

School officials say they have yet to identify the students involved. Students told me that the League kept a Facebook page that was deleted as soon as the scandal broke—but not before the names of some of the girls involved got leaked.

“The football players had a private page on Facebook that nobody really knew about but once the story broke they deleted the page and all information along with it,” Carol 16, with long brown hair, told me. “Some of the guys who controlled the page started leaking some of the girls’ names and a few of them have been getting teased for it. Guys are calling them sluts and hoes, just really degrading things.”

This brought to mind news stories about 15 year old Felicia Garcia, the New York girl who recently jumped to her death in front of a train, allegedly after being bullied over sex with multiple football players.

At the end of the year, the guys tally up the points on Facebook and the winner gets a prize. “It’s such a shame because these girls are being judged and bet on, like dogs at a race track.”

The League appears to have been the best kept secret at the school, known only to a select group of students.

Natalie, 15, said, “I was shocked to know this was going on but from what I’ve heard, only juniors and seniors were involved.”

Who would have thought this was going down like that at Piedmont High? In my mind this was the school that couldn’t go wrong. For years kids in my neighborhood tried to get in and it was damn near impossible unless you had a rich family, or a Piedmont address. But now it seems like any other high school.

Mike, my first informant, explained it like this: “People don’t want to talk about it, like it’s a secret but everybody knows. It’s something that happened, and will continue to happen.”

I have to agree with him on this one. These Piedmont students know the school has little to no authority over them once they leave school grounds. And from what I’ve heard, pretty much the whole “ Fantasy Slut League” occurred off campus anyway.

It seems like the boys involved were using their status as athletes to degrade the young women at their school. They made it a sport to have sex with them, record their performances online like it was a form of entertainment.

At the high school I attended — known as a hood school — we didn’t have anything quite like the League. But degrading the opposite sex is part of the air young men breathe.

Mike said the scandal is “funny and ridiculous.” And he blamed the girls. “Piedmont girls will do anything to be popular,” he told me, “no matter what it takes, even if it means slutting around.”

What worries me is that Mike may be more typical of students’ reactions to the scandal than Carol or Kim or Natalie. “Girls weren’t getting raped, or being taken advantage of, they were being drafted,” he said. They were “volunteering for sex.”