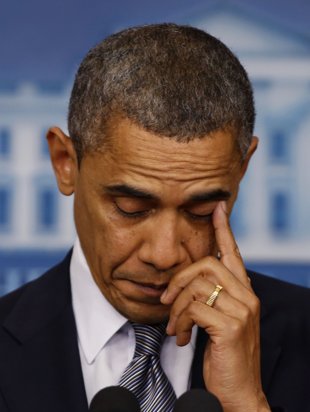 Posted at 15:59h in News, Youth by Pulse Editor 0 Comments

The Connecticut school shooting is such a tragedy, but I find it ironic because things like this have happened a lot in our community — maybe not 20 kids at a time, but one kid killed is one too many.

The killing of children shouldn’t happen on either side of the tracks, so it’s sad that when it does happen in areas like Oakland or Richmond, it’s like people expected it to happen: “Oh, an innocent little girl was hit. Oh, that’s sad but she just lives in bad neighborhood.”

Yet, when it happens in a different kind of neighborhood, like Newtown, it creates national attention. It’s unfortunate.

When it happens in our community, the person who did it is considered angry or ignorant. But when it’s someone from the other side, now the questions are: What was wrong with him? What was his mental state?

Well, hold on. Regardless of where you come from – whether you’re a cat from the hood or someone who comes from a privileged community — when you take a life, there is something mentally wrong with you.

As for the issue of gun violence: there have been numerous community-based and national leaders that have tried to speak out about the need for better gun laws, but it seems like their message is never really heard. While there definitely needs to be some sort of national gun control law that’s implemented, I think the issues go deeper that that. And I’m not even looking for the President to take care of these issues, because some of this we can take care of right here at home. Programs like the gun buy-back that happened recently in Oakland and San Francisco that resulted in hundreds of guns being moved off the streets, is an example.

I encourage everyone: let’s not let up. How many times has tragedy happened and everybody is in awe, then after a few months they go back to their normal life? No, it’s still a fight out there; we gotta keep pushing these issues. Life will go on after this, but it shouldn’t go on the same way.