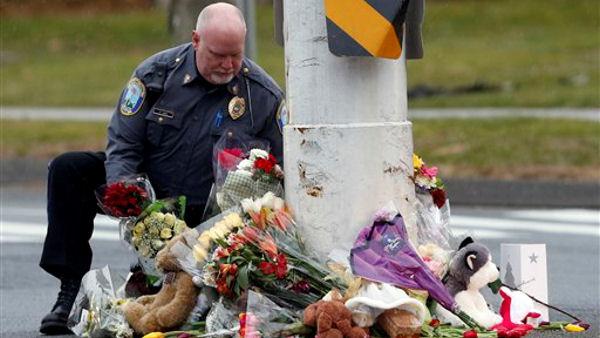 18 Dec Thoughts on Gun Violence, in the Wake of Newtown

Posted at 15:57h in News, Youth by Pulse Editor 2 Comments

The recent tragedy at Sandy Hook Elementary in Connecticut that left 28 people dead — 20 of them children – has dominated the news cycle. Less known, however, is that while Newtown was the worst massacre of children in our nation’s history, it only one of sixteen mass shootings to have taken place in the U.S. in 2012 – shootings that together have claimed the lives of 88 people.

I can’t imagine what it would be like to lose a child like this. And I don’t understand how, after the loss of so many innocent lives, the U.S. can continue to justify gun laws that have resulted in so much death and tragedy?

Many times I’ve heard that “guns don’t kill people, people kill people.” This may be true, but it is illogical and unethical not to control guns in a society that glorifies violence and fosters the mental collapse of disturbed individuals on a seemingly regular basis.

Many shootings are carried out using automatic weapons; some of the children at Sandy Hook elementary in Connecticut were found to be shot as many as eleven times. Why should anyone have access to a weapon that can kill so many people in a single moment? Furthermore, how did a deranged and mentally unstable individual come to have access to such a weapon?

While it’s true that stricter gun laws would not wipe out the use of guns entirely, it is also true that more limitations would allow law enforcement to regulate who can have guns in their possession. President Obama has talked about enforcing stricter gun laws, but hasn’t exactly outlined what that means for people. Owning a pistol for self-defense is different from owning several automatic weapons. More limitations need to be placed on the purchase of firearms and on the kinds of firearms that are allowed to be sold on the market.

It’s interesting to see the different conversations being brought up around this incident. In the Bay Area alone, gun violence is an issue we live with on a regular basis. So many young people in our community have lost friends and family to gun violence, and children are sometimes victims of shootings as well. Many say that children die in our neighborhoods and in other parts of the world every day, and no one mourns them. 27 Palestinian children died in the most recent Israeli attack using weapons the US supplied to them, and news coverage and statistics were nowhere to be found in popular media. Anyone can agree that any innocent child lost to violence is a terrible tragedy, so why is it that similar events are treated so differently by the government and the media?

Whenever there is a tragedy people flock to social networking websites to express sadness and concern, but what has that really accomplished? What is the point of “feeling bad” if it does not give rise to some kind of action?

I still hear resistance to gun control policy, mostly because people are holding onto the idea that guns are a “right” and mostly necessary for self-defense. But the more guns are unchecked, the more violence is perpetuated. The more people that are armed, the more people believe that they need guns to protect themselves, and the more law enforcement is driven to use their own guns, resulting in more police violence against civilians.

Regardless of your views on gun control, the accumulation of these tragedies has clearly shown that current gun laws are not protecting our people. Do we really need these shootings to continue to take place before we acknowledge that? If gun laws are not corrected, what needs to happen before people realize that they must change?