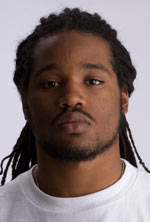 Editor’s Note: At this year’s Sundance Film Festival, 26-year-old filmmaker Ryan Coogler makes his feature debut with “Fruitvale,” a drama inspired by the real-life killing of Oscar Grant by Bay Area Rapid Transit police on New Year’s Day, 2009. With big-name participation by producer Forest Whitaker and actors Octavia Spencer, Michael B. Jordan and Chad Michael Murray, the Richmond-based Coogler—named one of Filmmaker magazine’s 25 new faces of 2012—is generating lots of buzz for his controversial subject matter and his own unlikely story.

What compelled you to tell Oscar Grant’s story?

When you see the [cell phone] video [of the shooting], you think, that could have happened to me, or my brothers or friends. Oscar looked like us. As I researched, I found that we had mutual friends—he went to the same school as my fiancé, and my cousin knew him really well. We’re both black, the same age, and from the East Bay. This story needed to be told by someone familiar with his situation.

Seeing the fallout from the video, there’s was a lot of frustration. As an artist, I’m fortunate enough to have an outlet for expressing that frustration.

Locks dealt with the African American male experience in the Bay Area. Shooting it gave me practice for shooting at home. Although I like movies of all varieties, I’ve always had an interest in social justice and human rights issues. Being from the Bay Area—an economically diverse place and a hotbed for political and social issues—I’ve always been attracted to African American stories. When I was young, I got frustrated that there wasn’t a lot of people who looked like me on TV, or people who were different from the norm.

I also made a short film called Fig which dealt with prostitution in Los Angeles, that took more of a feminine perspective. Both films gave me a lot of experience working with male and female actors. It also gave me an opportunity to talk about social justice issues like human trafficking, which I think needs to have more of a spotlight.

What were the challenges of writing and directing Fruitvale?

The biggest challenge was trying to figure out how to make an impact with this story. There are a lot of the characters and people still walking around that knew Oscar, so it was challenging to represent the story, and do justice to it. But people were open to it, even BART. We filmed at the places where Oscar worked, lived and traveled, even the hospital where he died. Bay Area culture is very specific. We used a lot of professional actors, but also local characters, many of whom had never acted, to get the authenticity we were looking for.

Yet you changed the names of the real BART police officers involved in the case.

Absolutely. Anytime that you’re telling a real story about real people, someone might not want to be represented in that way. You have to act accordingly and follow those rules. I plan on living here. I don’t ever want to violate anybody’s wishes.

Did you do interviews with people? Oscar Grant’s family?

I introduced myself to Oscar’s family and friends, first to talk about our intentions with the film. Then I got to know them by doing a lot of interviews and character studies. The production was in the research. I spent a lot of time with Oscar’s fiancé, mom and daughter, Tatiana.

You developed Fruitvale at the Sundance Screenwriter’s Lab last January. What was that experience like?

It’s like getting a second family. You meet a lot of writers and directors who want to see you grow and get to the heart of each story you’re telling. Susannah Grant (Erin Brockovich) and Jessie Nelson (I Am Sam and Corrina, Corrina) were both advisors.

How did you get into filmmaking?

At first, I wanted to be a doctor. At St. Mary’s [near Oakland], a creative writing professor called me into her office to talk about an assignment I had written. The assignment was to write about an emotional experience. I had written about something that happened to me that was kind of crazy, so I thought I was in trouble. But instead, my professor asked me what I wanted to do with my life. I told her I was studying chemistry, which wasn’t working out so well. She thought I’d be good at writing Hollywood screenplays. I thought she was nuts, but it stayed in my head for while. I downloaded a couple of screenplays, looked at them in my spare time and thought—hey, I could write these. Maybe she’s on to something.

I ended up getting a football scholarship to Sacramento State, switched my major to finance and started taking every film class I could. I really fell in love with it. After, I attended graduate school at University of Southern California. I’ve been doing [film] ever since.

You’re a counselor at the Youth Guidance Center in San Francisco. What does that involve?

I’m a cross between a childcare provider and a guard. I deal with kids, so the biggest thing is to be a positive influence in their life. Oftentimes, they don’t have anyone telling their story. Their situations are products of flaws in society.

How do see the connection between the topics you cover in film and being a guidance counselor?

When you’re a filmmaker, any job, especially if you’re dealing with people, is going to help. The biggest thing with my job is interacting kids that are products of their environment. You see them deal with situations that oftentimes adults couldn’t handle. It really helps to have a perspective on whatever story you want to tell, especially if you’re telling stories that I like to tell.

What impact do you want your portrayal of Oscar Grant’s story to have on audiences?

I want to give Oscar his humanity back. Anytime someone’s life is lost and there’s an inkling of politics involved—and it happens all the time—that person is not around to speak and defend himself. His character gets pulled in different directions depending on what side of the fence you sit on. We saw it happen a little with Trayvon Martin, and it shows no signs of slowing down.

A shorter version of this interview appears in the January 2013 issue of San Francisco magazine.