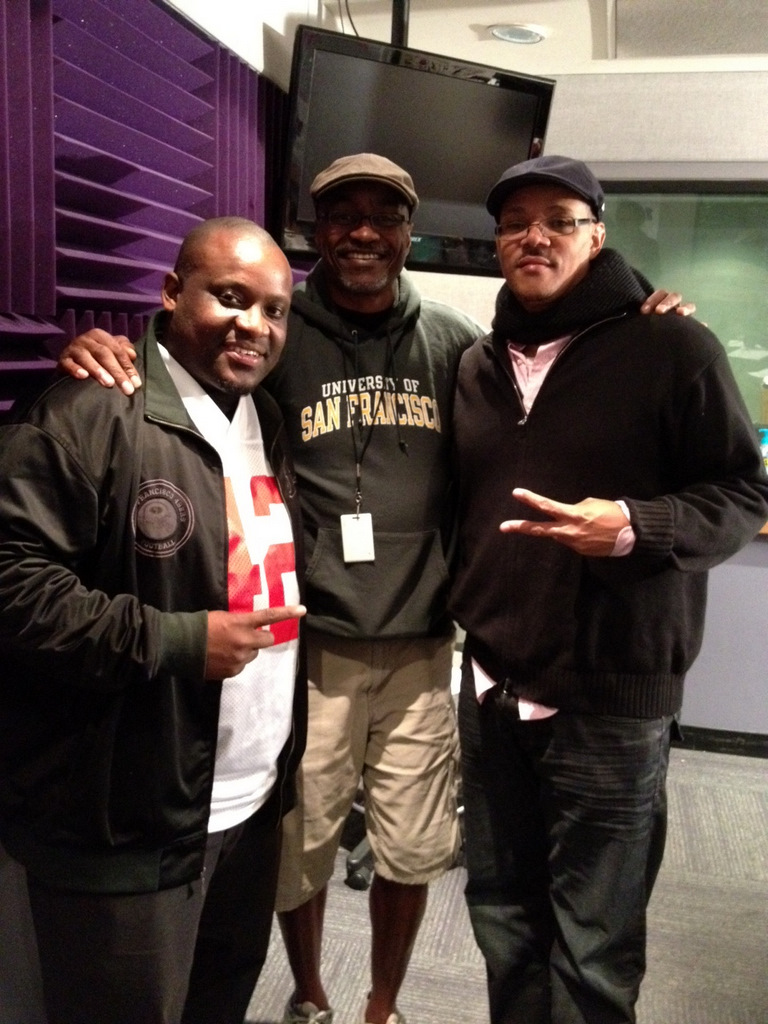 Posted at 12:15h in Health, News by Pulse Editor 0 Comments

EDITOR’S NOTE: The following is a transcript of a conversation that took place on Street Soldiers Radio between Dr. Joseph Marshall, co-founder and Executive Director of Omega Boys Club of San Francisco and Reverend Michael McBride of The Way Christian Center in West Berkeley. Reverend McBride is also Director of the Lifelines to Healing Campaign, with the PICO National Network. The campaign is committed to addressing gun violence and mass incarceration of young people of color. Both Marshall and McBride were recent guests at the White House, where they spoke about the issue of gun violence in the wake of the Newtown, Connecticut school shooting.

Dr. Marshall: So, I’m sitting in my car going through my emails at 7 o’clock at night and I get this email:

In the weeks since the tragedy in Newtown, Americans from all over the country have called for action to deter mass shootings and reduce gun violence. President Obama has asked his Administration to identify concrete proposals for real reform in the coming weeks. The Office of Social Innovation and Civic Participation specifically has been asked how to collaborate with the Office of the Vice President to consider how we might address the issue. Rather than prepare legislative proposals, we have been asked to explore how community solutions might allow us to tackle this challenge in a bottom-up, cross-sector manner.

As part of that process, senior Administration officials would like to hold a hands-on meeting on Friday, January 11th from 1:00 p.m. – 4:00 p.m. with leading thinkers from the broad field of social innovation. This is not a conventional meeting wherein people simply will listen, but we anticipate a hands-on problem solving session wherein attendees drawn from different sectors will be expected to participate and present.

So I finally get it — they’re asking me to come to the White House. It was Tuesday night and they wanted me to be there on Friday. So I say, “I’m going.” It was great to be asked from the Bay Area. The event was a social innovation workshop on violence prevention. They want(ed) to gather info and take it back to Vice President Biden, because you know gun control is the hottest thing right now.

Someone else was doing the same thing. Someone from the Bay, Reverend Michael McBride of PICO. Let’s get him on the line.

Reverend, how you doing?

Reverend McBride: Hey, Street Soldiers, I’m doing well. We had our meeting on Wednesday at the White House with about 12 other religious leaders from around the country.

Dr. M: Apparently he (Obama) met with faith-based leaders, he met with the NRA; he met with a whole bunch of folks. I guess he’s trying to cover the landscape and get a variety of thoughts and opinions from folks about this whole gun violence issue.

Certainly by the end of the month the President is supposed to announce what approach he will take after the Newtown shooting. You’ve been really involved with this; you’ve been leading clergy in a number of areas but particularly around this gun violence thing. How do you feel about what’s been going on with the Office of the Vice President and what they’re trying to do?

I’ve been saying that we also need to make sure that we continue to address gun violence in our cities all across the country. Certainly the tragedy of Newtown is very much on our minds, but just this year in Oakland we already had 4 murders. So we been saying that we need to unite the whole country around the common tragedy and pain of gun violence, and let’s make an effort to address everybody as it relates to these issues. Certainly, I think the recommendations that may come forward will address the flow of guns, but we also got to make sure that we are doing some immediate things in urban neighborhoods and cities all across the country. So that’s what we’ve been talking about and we’re gonna work very hard to get all of our clergy and community members, homies and friends to be involved because if we don’t, then other people will get their needs met and our communities will stay in the place that they are in right now.

Dr. M: It’s important to be in the conversation because you come up with things that they would never think about. I suggested to them that if they really want to do something here, they have got to do something to change people’s attitudes about using violence, period, and particularly around guns. I pointed out what was done around tobacco — the legislation came after they had begun to get people to change the way they thought about smoking. They really got people to think that “this is a health risk” and got people to stop. They didn’t label the person as bad, they said that smoking is not good for you. It took awhile, but they did it. To really make a dent in this thing they have to do something about the way people feel about guns and they also have to get people to think about using violence when they feel there is a problem. In all of these instances, whether it be Columbine, Aurora, Virginia Tech, Newtown or the homie on the block — he feels like the way to deal with however he is feeling is with violence. And what violence do I use? I use the gun.

So you got to get a seed change, an attitudinal change, and I don’t know if they’re willing to take that on. The legislative piece alone isn’t going to do it. In fact, more guns are selling, right, because people are afraid that Obama is going to ban them. There’s a huge battle with the 2nd Amendment.

Our approach is to get our young folks to think. A lot of them are wired to carry a gun, so if I don’t change that mindset, they’re just gonna do that.

Rev. M: Anything we want to happen in this country is gonna happen because we all get up and make it happen. If we wanna stop this violence, this is an opportunity. If we had 20 people to call their local senator or congressperson everyday about this issue — every single day — your local senator or congressman would actually change their decision. I’m talking about all over this country. It’s really important just for us to learn how the system works and to inject ourselves when we have opportunities. There is a truth and an opportunity in this moment. We need the laws changed, we need the behaviors changed and we need them all to understand that we are going to be very much active in this process. We’ve been traveling the country, meeting with families, meeting with clergy, and everyone says the same thing — we need to stop this violence.