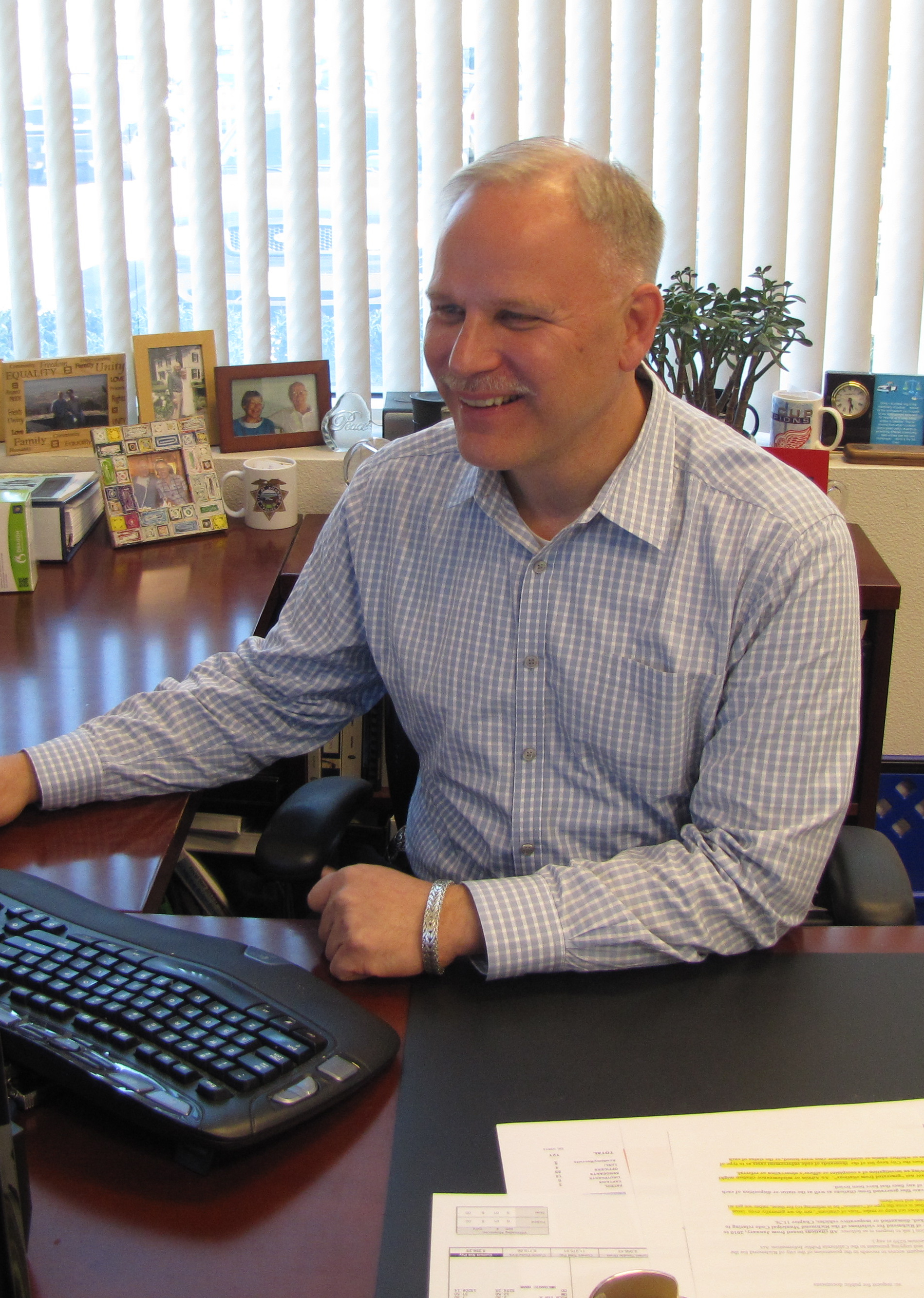 Posted at 21:12h in News by Pulse Editor 0 Comments

EDITOR’S NOTE: In this first installment of what we hope will be an ongoing series of interviews with the Richmond Police Department, The Pulse sat down with Chief Chris Magnus to discuss issues ranging from immigration enforcement to gun control policy to the Christopher Dorner incident. The intention of the series is to improve police and community relations, by fostering an open and honest dialogue.

Richmond Pulse: The Pulse recently became aware of an undocumented family that was scammed — they lost a great deal of money and are now fearful of identify theft. Are there any legal avenues open to undocumented families like this one who are victims of a crime but don’t feel they can report it to the authorities, for fear of being deported?

Chief Magnus: Our policy as a community and as a police department is that we don’t make inquiries regarding whether someone is documented as a citizen or not. We take criminal complaints from people, regardless of their immigration status. That applies to a whole range of things, whether it be domestic violence, fraud, battery of different kinds [or] robbery.
I think it’s pretty safe to say that the majority of undocumented residents of Richmond are still going to be scared about making a police report. There are people who have spread untrue rumors that just by coming down to the police department you’re going to be fingerprinted, locked up and deported. Unfortunately, when those rumors start circulating through what’s already a very vulnerable community, it’s very hard to counter that kind of rumor. We’ve said in a lot of different settings and gatherings that have been held that that’s not what’s going to happen, and our elected officials have said that as well, but it’s still hard to counter that perception. We don’t work with ICE (Immigration and Customs Enforcement) other than we do some work with the customs part of ICE around gang enforcement. It’s a very limited level of cooperation but in terms of the immigration piece we have no relationship with ICE. That said, we have no control over whether ICE comes into Richmond and does enforcement. But we don’t cooperate with them, and even if they do pick up folks in Richmond or surrounding communities we don’t house them here, we don’t hold people on ICE detainers. That’s just not part of how we work.
Now I’d certainly be willing to follow up and I have staff that would be willing to work with any individual or family that experienced what you’re describing so that we could be as helpful to them as possible in terms of dealing with this as a fraud complaint. We’d be happy to have detectives sit down and evaluate what the circumstances of the case were and make as sound a judgment as we could about whether it’s a criminal or a civil matter. If it’s a civil matter they may still be able to get assistance through, for example, legal aid. Or, there are other attorneys that work with immigrant families around some of these issues but we’d be more than willing to do follow up with any family that was in a circumstance like that and make a case-by-case evaluation.

RP: What’s your take on the gun control debate happening across the country? Do you think President Obama’s proposals would make any difference in regards to violence and homicides here in Richmond?

CM: On the one hand, I think that some of these measures, certainly as they relate to better approaches to registration, more aggressive enforcement of persons who are prohibited already from carrying a firearm who have them in their possession, some of the things related to high capacity magazines… are just common sense. Even if it does not have a widespread major impact when we’re talking about potential loss of life, I think even a small impact if it means even a small number of lives are saved or a small number of people don’t end up injured as a result of gun violence. I think that’s positive.
I do think that just from a very pragmatic standpoint there are so many guns out there already, both in the hands of lawful owners but more significantly in the hands of unlawful owners… that I do question to what degree some of these proposals are really going to have a meaningful impact. That’s not to say I’m discounting them or that I think there are some that have probably more value than others, but I do think that I would like to see more resources put towards enforcing some of the gun laws we already have and also making it easier for various legal authorities to exchange information about guns. Right now the ATF (Bureau of Alcohol Tobacco and Firearms), is really restricted in what they can share about firearms particularly as it relates to gun tracing across state lines. Those are areas where we could do a lot better, and also just enforcing — having meaningful consequences for crimes that are committed with guns right now. Also, putting more resources into dealing with things like straw purchases where somebody buys a gun for someone who otherwise wouldn’t be able to purchase it and transfers it to them. I think there are areas where it does make sense for a lot more resources to be placed, if we’re going to get serious about gun violence in this country.
While I applaud the fact that people want to do something about this issue and are trying to address it… I don’t think that’s [the current proposals] necessarily going to make a huge difference. So I think we have to look at a whole range of things, including: How do we keep guns out of the hands of the mentally ill? How do we do a better job even identifying what kinds of mental illness or behaviors are more likely to be a problem in terms of gun ownership?

There are so many complexities and layers to this, and sometimes when something gets wrapped up in the political flavor of the day, a lot of those distinctions get lost and the net effect is sort of questionable.

RP: As we all watched the Christopher Dorner saga unfold in Southern California, I couldn’t help but wonder how many military war veterans are on the Richmond Police force? Are there any mental health services available to these officers?

CM: I don’t know the exact breakdown of how many veterans we have. We do have some because I know that some of our officers have been deployed to Afghanistan or to the Middle East. I would agree that it’s important that we have supportive services for returning veterans, particularly as it relates to mental health, and that’s across the board no matter what profession or occupation they end up in. There’s a lot of data out there that shows the rate of suicide among veterans is shockingly high and that the amount of services and the easy availability of services that folks need when it comes to mental health are really limited and frankly, shockingly inadequate.
I haven’t seen any evidence that returning service men and women who end up in our department are having any particular problems along those lines, but I think in general police officers need more services, given the kinds of things they’re exposed to on a day to-day basis, particularly in communities that have bigger challenges with violence. So one of the things we’ve done is create a peer support group within the police department, where officers or civilian employees who are exposed to critical incidents or traumatic incidents can go to a select group of peers who have received training on how to do some sort of basic counseling. Then on a case-by-case basis, if we determine or they self select that they need additional professional help, we can make referrals. We’ve done that in the past and we’ll continue to do that in the future. If we have an officer-involved shooting– and we’ve had very few of those, especially compared to many other departments — the officer is required to undergo a “fitness for duty” psychological evaluation before returning to work, which is done by a trained psychologist. We’re trying to approach this from a lot of different angles, but there is a focus on trying to have services at key times when people need them, and helping officers address crises that they may be going through that then could have an impact on how they do their jobs.•