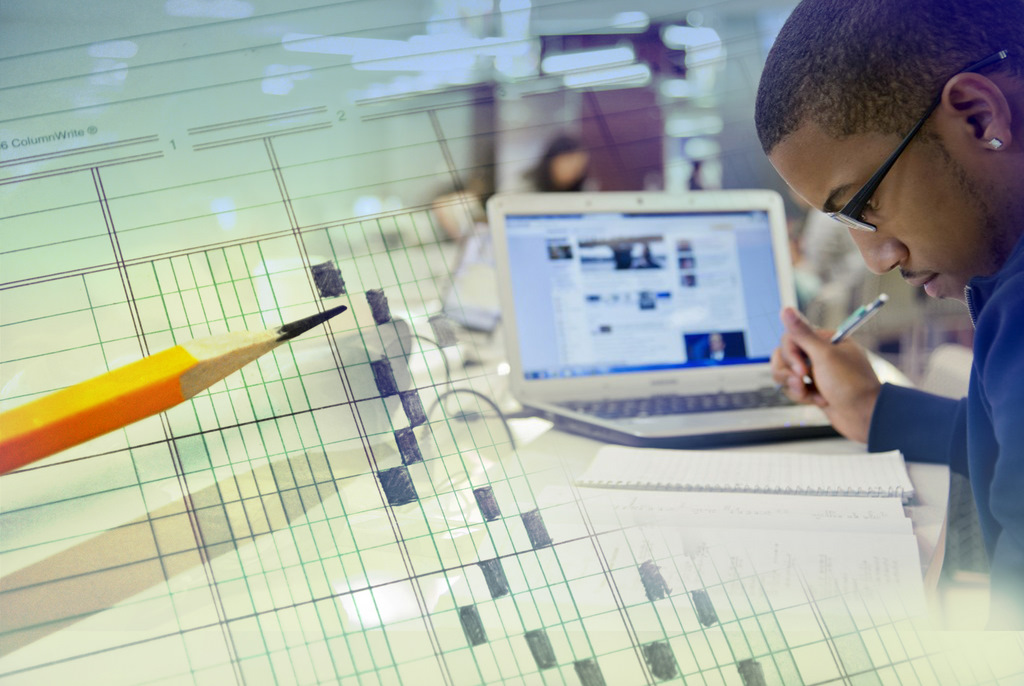 27 Mar How Should Academic Success Be Measured?

Public schools in California will no longer be ranked strictly by student performance on standardized test scores but by a number of other factors such as student readiness for college and the workplace, and other criteria that are yet to be determined by the State of California. The fact that the formula for measuring school success has not yet been settled creates an opportunity for students and educators in Richmond and across the state to weigh in on the issue.

Currently, California schools are ranked based on Academic Performance Index (API) scores, a system that has been in effect since 1999 and until now relied entirely on standardized test scores. But last fall, Gov. Jerry Brown signed SB 1458 into law, which says standardized tests can account for no more than 60 percent of the API score calculation for elementary and middle schools. The changes will become effective in 2016.

The API score is a single number ranging from a low of 200 to a high of 1,000 which is based on STAR and California High School Exit Exam test results in multiple subject areas. Each year, a school’s API score is compared to the previous year’s score to determine whether any improvement was made. Scores are also used to rank comparable schools across the state that have similar opportunities and challenges.

A number of interviews recently conducted with students and educators in the City of Richmond revealed interesting ideas about what should, and shouldn’t, be included in measuring school and student performance.

“Students should be graded or assessed on our will to learn in school, because many people want to learn but may have problems learning,” said Benjamin Gannon, an 11th grader at Richmond High.

Sixth grade teacher Jamila Voltaire-Stallworth, from Verde Elementary School, expressed similar concerns. “The majority of testing hinges on the ability to read well. So if a student struggles in that area then they struggle on performing well on the entire test,” she said.

Testing is one useful tool to measure a student’s progress and knowledge, added Voltaire-Stallworth, but it can also hinder those students who struggle to perform on standardized tests, but who may perform well in other settings.

“Standardized testing doesn’t give a full view of the student,” she said. “Tests should be structured in a way that allows a variety of intelligences to be demonstrated. A performance test that shows a student’s ability to use their bodies, manipulate objects and build things would give a more comprehensive assessment of the student.”

Not everyone, however, disagreed with testing being the primary assessment measure.

Retired Vice Principal and former teacher at West Contra Costa Unified School District, Jamersina Preston, agreed that standardizing testing is not the problem: “A performance index is needed to determine whether or not students have acquired the necessary knowledge to move on to the next grade level. The key is how can we can get our students literate.”

Others suggested that because standardized testing has been the only accepted method of measuring our students, we are neglecting to acknowledge other important factors.

“Academic performance should be measured in multiple manners and methods such as: teacher observation, benchmark assessments, student portfolios, rubrics, progress monitoring tools, standardized assessments and other local assessments,” said Nia Rashidchi, Assistant Superintendent with West Contra Costa Unified School District. All of those, she said, are legitimate ways of assessing whether or not students are progressing. “Using multiple assessments helps educators determine what is working and not working… and eventually can lead to better outcomes for students.”

But by placing so much emphasis on measuring student progress, are we putting less focus on holding teachers accountable for the progress of their students? High school senior Iraida Santillan, 17, from Middle College shared her experiences in the classroom with teachers who “talk to the board” and not their students, which can affect a student’s ability to learn. “I don’t mind taking tests,” Iraida expressed. “But If I had a better teacher for pre-calculus I would have done better. The teacher wouldn’t explain or answer student’s questions directly. We would be told, ‘Oh well,’ and students had to turn to tutors for help.”

Iraida is not the only student who feels teachers should be accountable for the progress of students. Former Richmond High student Edgardo Cervano-Soto expressed similar concerns. “Assessments have no value or fairness if no learning is occurring inside the classroom.”

As an up-and-coming teacher, I’ve observed first hand as a substitute teacher and graduate tutor, many of the aforementioned concerns. As someone who struggled with testing myself, I’m aware that it shouldn’t be the primary method of assessing student achievement. A student’s progress shouldn’t be limited to how high he or she scored on a test but rather by other factors including classroom behavior, social skills, writing ability and creative and critical thinking. Teachers should also be observed and assessed yearly to determine which areas of their teaching need improvement.

I look forward to hearing what the state of California has in store for the future of our children and schools – and hopefully, communities like Richmond will have a voice in determining what that future looks like.