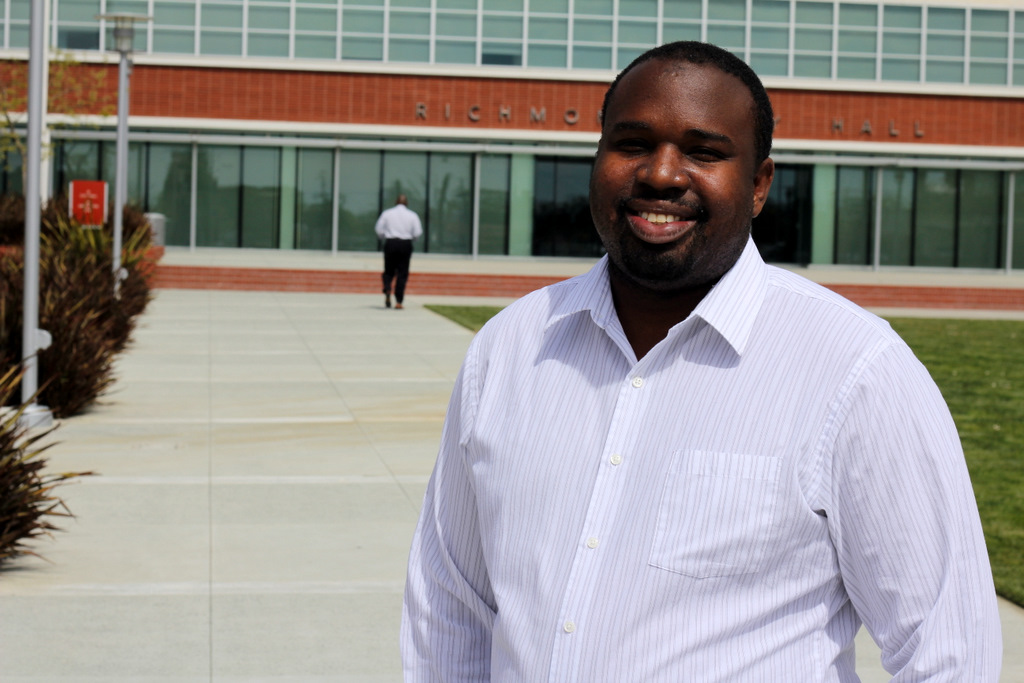 Jael Myrick’s appointment to the Richmond City Council brought a fitting end to a city election cycle dominated by insider politics and affiliations. Fitting because Myrick, a charismatic and unassuming 27 year-old, was able to secure his seat while staying above the fray of Richmond’s combative politics. In fact, he was appointed precisely due to his being unaligned with either of the two political camps – the council has often been characterized as having a pro-business faction and a progressive faction — driving the debate within City Hall.

Council members appointed Myrick in early February to fill an empty seat in the chamber after Gary Bell, the winning candidate in November’s election, fell ill and was unable to assume his post. Myrick, also a candidate for city council last November, had finished in eighth place.

Ironically, despite his young age, Myrick is now being caste in the role of peace broker on a council where the majority of members are over sixty. However, Myrick’s political independence is not a byproduct of never having been approached by either camp – rather, it’s born from a combination of personality and philosophy. “I’ve never had a need for cliques,” says Myrick from his office in City Hall.

His desk has not yet accumulated document stacks – the office is almost bare, other than the family pictures lining the windowsill. The austerity, too, reflects Myrick’s personality. During his childhood, he says, a lack of interest in material things, such as brand name shoes and clothes, often alienated him from other youth. “My mother would buy my brother and I Payless shoes and because of that, kids would tease me and not include me in their group because I was different,” he recalls. Yet, Myrick’s quick comebacks and easy-going nature eventually earned him a certain respect at school. “I could dish it back as well as they served it.”

Politics became an interest early on. “My parents told us stories of African American leaders, so that history was ingrained in me,” says Myrick. At the request of his parents, Myrick reluctantly joined the debate team at Kennedy High School, and came to love it. Surrounded by politics, history and showing a growing interest in community service, Myrick from a young age displayed the makings of a budding politician.

After graduating from Kennedy High, Myrick left Richmond to attend La Sierra University, a Seventh Day Adventist liberal arts school in Riverside, CA. To a young man from Richmond, it was a total culture shock. “It wasn’t because I’m not a Seventh Day Adventist, but it (the university) had different customs and I wasn’t totally satisfied with the political science department,” he says. A turning point occurred when Myrick was confronted with deciding between accepting a $20,000 loan to cover his sophomore year at La Sierra, or returning to Richmond to attend an affordable community college. “I had a discussion with my father about the cost of college, and couldn’t imagine taking $20,000 for each year,” he explains. Myrick’s decision led him back to Richmond and to the political science department at Chabot Community College.

Back home, Myrick blossomed politically. He founded STRONG, a non-profit to encourage youth political engagement, and campaigned for the California League of Conservation Voters (CLCV) for four years. “At CLCV, I came to understand true political organizing,” says Myrick. His political knowledge and his connections were evolving. It was during a 2008 speaking engagement for STRONG that Myrick began communicating with Nancy Skinner, who at the time was running for a State Assembly seat. Myrick worked on her campaign and after Skinner was elected, was promoted to Field Representative of Richmond, a position he held up until the 2012 election. Myrick excelled in the role. He maintained relationships with many community leaders, and also led efforts such as the Clean Slate Program, which helps residents with minor convictions find employment. Along the way, Myrick was elected to be a 2011 California delegate to the Democratic National Convention and acted as a board member to local service organizations.

Now a month into his term, Myrick is seen as someone who could bring balance to a tumultuous council. His history, however, suggests that Myrick is far from being only a peacemaker – he intends to affirm the council’s decision to appoint him, through hard work. Among other efforts, Myrick plans to be an advocate for making college more affordable, and is working on streamlining the permit application process for filming music videos, something he says will benefit Richmond’s hip hop scene. The newest council member also wants to bring more support to businesses owned and operated by people of color. “It’s important that we support our local businesses, especially minority business owners such as [those on] 23rd Street,” says Myrick.

Along the way, Myrick will leverage the lessons he’s learned from his own teachers and mentors over the years. “I’ve learned from them,” says Myrick, “but I am part of a politic that is waiting in the wings.