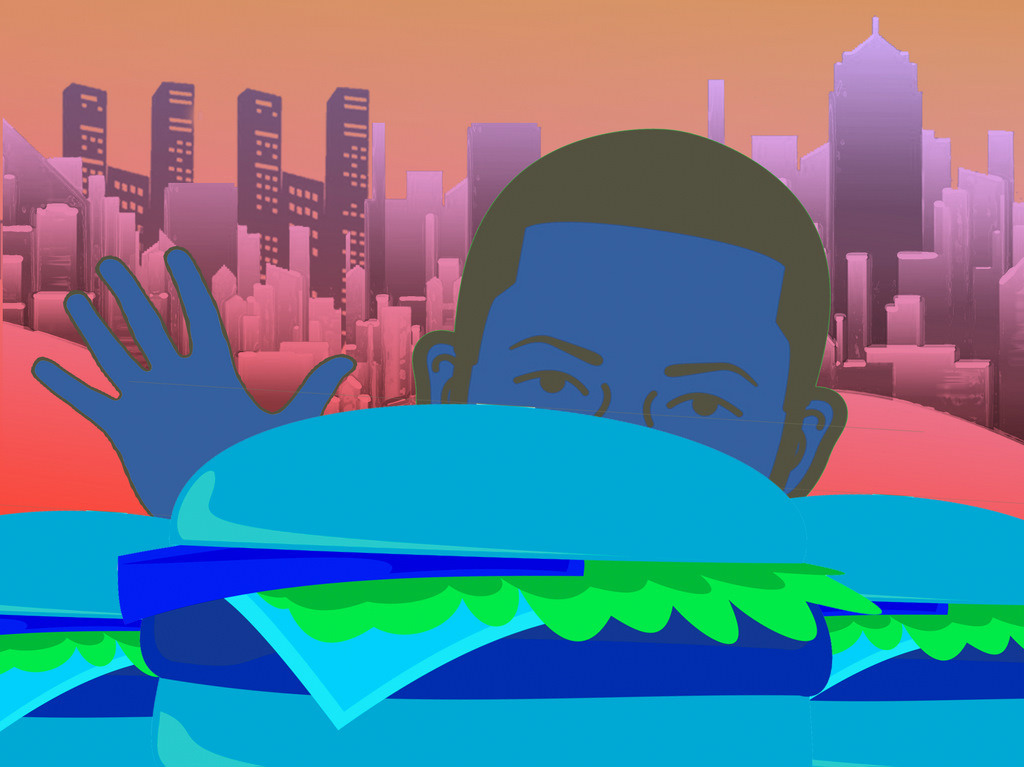 Posted at 23:35h in Arts and Culture, Health, Youth by Pulse Editor 0 Comments

Editor’s Note: A recent study from the Center for Disease Control (CDC) shows that American youth are still eating too much fast food, and that the young adult African American population is of particular concern when it comes to obesity rates. The author of the following commentary, Sean Shavers, 21, lives in West Oakland.

Now obesity isn’t an issue for me — I’m slim. But eating fast food has always been a part of my life. At an early age, I realized I could get a happy meal at any given time. Not because I was special or because that was my favorite meal, but because that’s what was available. Like I knew my mom was on the go and I quickly found out that if I claimed I was hungry, I could eat whatever I wanted, healthy or not. As time went on, I realized the power I possessed and milked it. So eventually I just started claiming I was hungry on purpose, just to eat McDonalds or Jack In the Box — I knew she wasn’t going all the way to the house, just to cook.

My mom was a single parent who worked and studied full time, so I pretty much grew up wherever her current school was – Davis, Oakland, Hayward, Sacramento; the list goes on. But for the most part I was raised in Oakland, and still live there today. On top of everything else she did, my mom was an active church member. She usually didn’t have time to cook, so we just ate whatever was nearby. Sometimes we’d be out all day and had to eat fast food several times throughout the day — and I loved it. I thought we were blessed. Imagine being a kid and eating French fries, fish and fried chicken anytime you wanted. It was a child’s dream.

Although we didn’t eat every meal at fast food joints — we ate upscale too, at nice restaurants — we never really had home cooked meals. And if we did have home cooked meals, my mom wasn’t the one making them. Grandma cooked most of the meals, at least 85 percent of the time. On holidays we would get home cooked food, but on any other day we would be eating at the Crab Shack, Black Angus, Claim Jumper, In-n-Out or Red Lobster.

I grew accustomed to eating out, and really didn’t see a problem with it. In fact, I eventually looked forward to eating out, so much so that it was no longer a treat or a reward – eating at McDonalds or some other restaurant came to feel like my personal right.

Now I’m 21 and can fix my own food, so I try to manage my diet better. Even though my mom taught me everything she could about cooking, I still struggle with eating a lot of fast food. It’s cheap, quick and easy to eat on-the-go, which fits my lifestyle: I work full-time, party part-time and I really don’t have much time left over to sit and cook a meal – I’d rather just get something quick on my way to or from work. To be honest, I can’t even remember the last home cooked meal I had.

I wish I could find healthier options like fruits or vegetables but I don’t really know where to turn. There’s no Trader Joe’s or Whole Foods grocery store in my neighborhood, so I’m a little stuck when it comes to choosing healthy food options. Grocery stores aren’t in walking distance and the liquor stores just sell junk food. If I don’t have anyone to cook for me, then I’m going to eat whatever’s out there, unless I can hit up a farmer’s market or something, but it’s a slim chance.

Weed definitely contributes to my poor eating habits too — it’s probably the main reason why I don’t cook. You can’t cook high and your stomach becomes so impatient, that you don’t care what you eat or where it came from. If I smoke weed and get the munchies, I’m not going to be thinking about what’s the healthiest choice I can make. I’m going to want what smells good and unfortunately, that may be the greasiest chili-cheese-fries I can buy. I cant say that smoking weed makes you eat fast food, but you are definitely more likely to eat poorly while under the influence than you are sober.

I realize that if I continue consuming unhealthy foods, then I’m putting myself at risk for diseases that are preventable. High blood pressure and diabetes run wild in my family and most of it is due to poor eating habits. So that’s a clear indicator that I need to make better choices. Over the last year, I’ve given up soda and most packaged foods, and I’ve really noticed a change in my overall performance. I’m not as groggy and irritable in the morning, I have more energy throughout the day and I just feel better, like my insides are doing better.

Even though I haven’t given up fast food completely, I hope to continue to eat better and will strive to cook as much as I can. Knowing that it’s a gradual process, I’m not going to get too carried away – I’m not going vegan or anything – but I will continue to try to make better decisions about what I put in my body, despite the challenges.