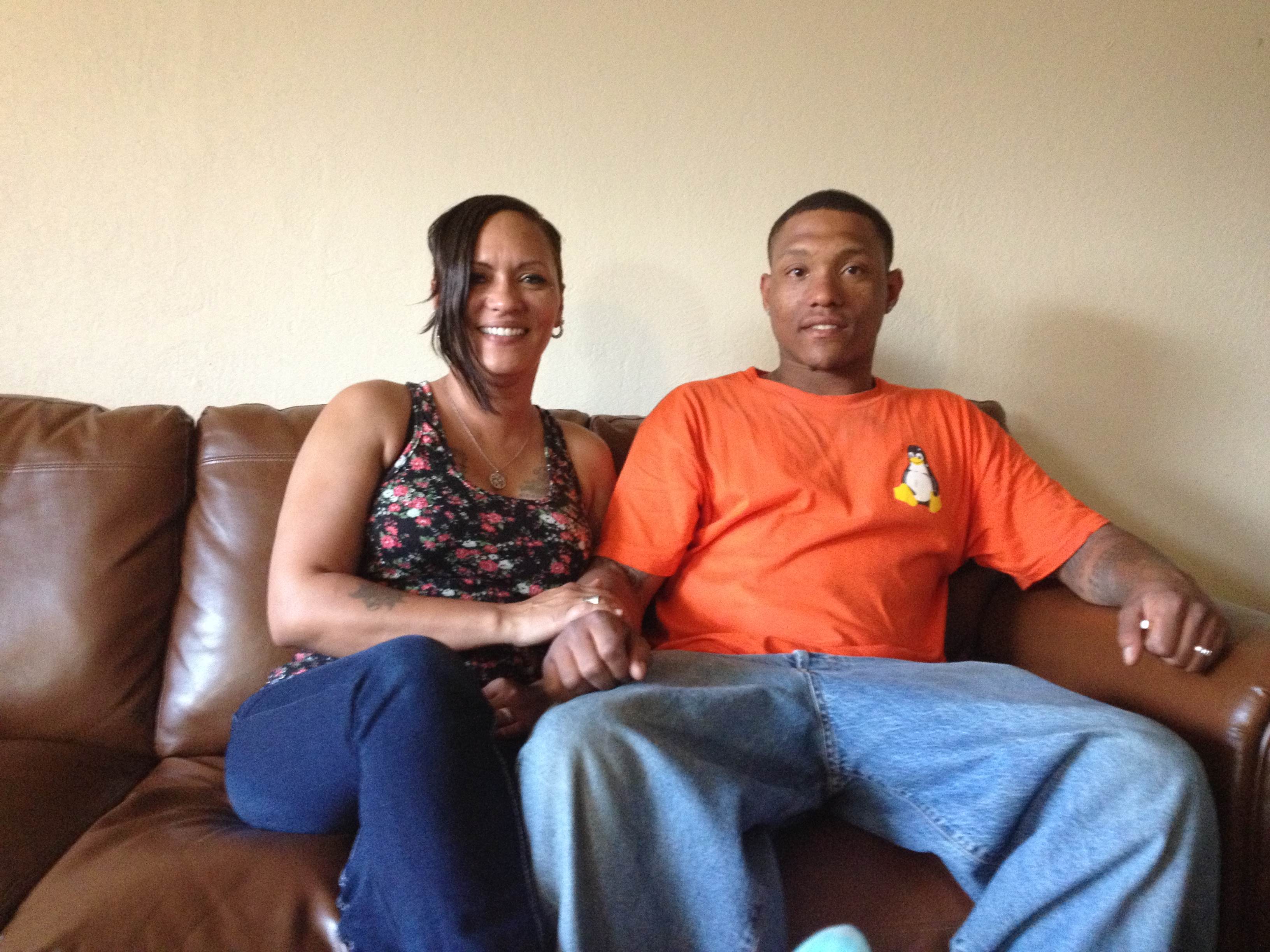 01 Jun A Richmond Mother and Son Navigate Life After Prison, Together

This article was updated by Pulse editors on June 7, 2013 after it was discovered that the criminal charges reported in the original article were incorrect. The author of this article was unaware of the actual charges at the time of publication.

LaVon Carter was still a teenager when he committed the crimes that would result in his being sentenced to five years in federal prison. Today, he’s reunited with his family – including his mother, who has also returned home from her own recent time served.

They both say that family is what sustained them throughout their re-entry process.

While there are former prisoners returning home to their neighborhoods in the Bay Area every day, few can say they were co-defendants with one of their parents. In Carter’s case, that’s exactly what happened.

Carter’s mother, LaVern Vaughn, 41, came to Richmond with her parents and siblings in 1976. “It was kind of hard growing up here. There was a lot of violence. A lot of my friends were victims of homicide,” she says. “From my perspective though, it was nothing compared to the violence that escalated while [my son] was growing up.”

Carter was born when she was 16.

“It was just regular life to me,” says Carter. “For people from my background, it’s just normal … A lot of violence, drugs, prostitution. Everything that goes on in every ghetto across America.”

Vaughn says that the time leading up to her and her son’s arrests was marked by “some horrible choices … I had been involved in a lot of illegal things from a young age that I was exposed to by other people.” She and Carter would ultimately be co-defendants in a case involving prostitution.

In 2008, they were both sentenced to terms in federal prison – Vaughn to two years, and Carter to five. Carter was taken to an institution in Southern California, despite the existence of federal facilities close to the Bay Area, which was hard on the family. Because Vaughn was released before Carter, she was able to visit him during the last few years of his incarceration. But she had to rent a car and spend a night in a hotel, which was difficult to afford. She points out that most families of the incarcerated aren’t able to regularly make such a long trip, which can alienate them from the one who’s in prison, making rehabilitation that much more difficult.

“The simplest thing … that would mean a lot to people – instead of sending them eight or twelve hours away, keeping them at an institution that’s close to home,” she says.

Her son agrees that being closer to the Bay Area would have made a difference. “Sitting in jail, these people love you but they aren’t able to come visit, and it leaves a salty taste in your mouth,” he says. “A young black male, eighteen years old, doesn’t understand that. Then what? Back to the street taking stuff from people, or breaking the law while you’re inside the institution.”

According to Vaughn and Carter, neither institution did anything to prepare them for what they would experience after their release. Counseling was not available and no one told them what resources might or might not be available to them.

“They had a release date planned. They give you a ride to the bus station … That’s it,” says Carter.

“They gave me a list of food pantries. If you don’t have a family that’s what you can expect,” says Vaughn. “I can’t say that I would have been okay if I hadn’t had [my family]. I was really overwhelmed because I didn’t know what I was going to do. I knew I could go with my family and they were going to be there.”

Vaughn pieced together odd jobs until she found work with the Safe Return Project, an initiative led by formerly incarcerated Richmond residents. In the context of California’s prison realignment under Governor Brown, which seeks to reduce prison overcrowding and recidivism, the project aims to improve the re-entry process for current and former inmates through a countywide plan for prisoner reintegration. Safe Return is in the process of developing a “one-stop” place where former inmates can go to find all of the resources that are available to them.

“We need to create a situation where fathers can come home and be fathers to their children, instead of these fatherless and motherless children running amok,” Vaughn says.

Carter, who had spent the first few years of his adulthood as an inmate, was released on May 4, 2012. Determined to support himself, he was working at a construction job by May 21.

“Dates like that are easy for us to remember,” says his mother. “After you’ve sat in prison and felt like you were rotting, dates become very important and you don’t forget them.”

“Your release date is like another birthday,” says Carter. After his release, Vaughn helped him set up a meeting with the local union coordinator. The coordinator gave him a list of numbers to call.

“I woke up every day at six, calling, calling, calling … Even if someone told me they weren’t accepting applications I’d show up in full work gear,” he says. Just over two weeks after his release date, he began work.

“If you come home and you have people depending on you, [you’re] lucky … When you’re in prison, you say to yourself, ‘I’m never coming back.’ But you’re sitting there with people who have been in and out their whole lives,” he says. “I just stay focused. If I didn’t have a family I’d be back in the streets.”

Likewise, Vaughn credits her son with giving her the motivation she needed to change her life.