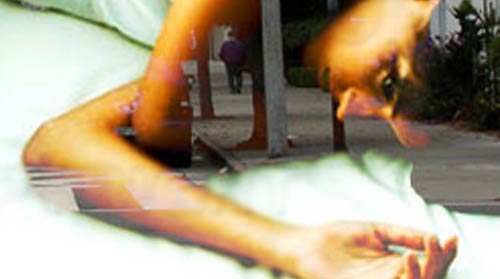 SACRAMENTO — Erica Lawrence became worried about her friend when she started acting distant, losing weight, and getting into fights at school. Her worry turned to dread when the friend became pregnant and ran away from home and Lawrence, 16, didn’t know where to find her. Months went by before Lawrence finally discovered that her friend had run away with a man who she said loved her and would take care of her. He only asked for one thing in return – that she have sex with strangers for money.

Lawrence testified in Sacramento last month during a senate hearing on the sexual exploitation of youth, a problem that advocates and law enforcement officials say is a growing concern. Senator Leland Yee (D-San Francisco), who recently authored a bill to address the problem, convened the hearing.

Because of the high financial rewards and relatively low risk of arrest, California-based gangs that in the past relied on drug and weapon sales for money are increasingly turning to prostitution — including prostitution of minors, according to a recent report by the California Child Welfare Council. Nationally, the FBI reports that 100,000 children between the ages of 11 and 14 fall victim to commercial sexual exploitation each year in the United States.

Runaway youth are particularly vulnerable. Within 48 hours of living on the street, one in four runaways is approached by a pimp, according to the advocates who testified at the hearing. Youth arrested for prostitution usually wind up in jail while their pimps go free, said advocates, creating a system that criminalizes and re-victimizes youth.

Senator Yee introduced Senate Bill 738 last February, in an effort to reform how the justice system handles such cases. If passed, SB 738 will allow minors arrested for sex work to be placed in the foster care system where they could receive mental health and family support services, as opposed to being sent to jail.

“Many of these young individuals… don’t have a home anymore, or they’re not wanted in their home, or their relationship with their biological parents is so torn apart that there’s no going back,” said Yee. “So rather than incarcerate them, it’s more appropriate that they be part of the foster care system.”

Stephanie Richard from the Coalition to Abolish Slavery and Trafficking (CAST), which sponsored SB 738, said some police officers have already shifted their mindset around child prostitution – where they once saw lawbreakers, they now see victims of child sex trafficking. The problem, said Richard, is that making an arrest is often the only recourse for an officer who encounters a victim.

Senate Bill 738 would open the door for several hundred victims of child sex trafficking to enter the state foster care system. Social workers and investigators from Child Protective Services (CPS) would work with families to determine whether or not the parents were abusing or neglecting the children before they ran away and became involved in prostitution. Depending on their personal circumstances and needs, victims could eventually be returned home (where they would be supervised by foster care staff) or be housed in a mental health facility, foster parent home or group home.

Children who run away from their families often do so to avoid abuse or neglect at home, said Crystal O’Grady from California Youth Connection (CYC). The victims often fall prey to “romeo pimps” who lure children into prostitution by showering their victims with romantic attention to build trust, before asking them to do a “favor,” according to a recent California Council on Child Welfare report.

“Stockholm syndrome” and “trauma bonding” are survival skills that victims develop as they adapt to their captivity, according to the Senate Committee on Human Services report compiled for the hearing. Living under a constant threat of abuse, said advocates, victims often come to feel grateful toward their abuser for even the smallest acts of kindness or mercy.

“They [sexually exploited youth] would say, I feel good, I just don’t like what I have to do at the end of the day,” said Janne Ault-Brown, who along with Lawrence, co-founded Students Together Reducing Exploitation And Trafficking (STREAT).

The student group raises awareness of sexual exploitation in Sacramento, one of the top five cities in the state for Commercial Sexual Exploitation (CSE). Sex trafficking is a problem in both wealthy and poor neighborhoods in Sacramento, said Lawrence, yet most people aren’t even aware it’s a problem.

“If you say to a kid my age, ‘sex trafficking,’ they don’t know what that is. People know about drugs and STDs, but not this,” said Lawrence.

Pimps and exploiters have apparently been known to slip past the “gatekeepers” of young victims unnoticed, due to a general lack of public awareness of the underground sex economy, and poor coordination between government agencies. One panelist told a story about a pimp who signed for a young woman at a local jail to be released into his custody.

Proponents of SB 738 believe that redirecting victims to the foster care system will reduce harm. Yet keeping them safe and sound once they’re there could prove to be the toughest part, for a myriad of reasons.

“Because they frequently run away, because some of them don’t disclose that they are a victim, and because they believe they have good street smarts, they’re not as receptive to services,” said Roberta Medina from the Los Angeles County Department of Children and Family Services (DCFS). “These youth may run away six, seven, eight, nine times and each time go back into that life until it clicks in their head, ‘I need to make a change.’”

What’s more, there is a concern that the foster care system itself has in the past been identified as a recruiting ground for pimps on the lookout for vulnerable girls and boys.

“Part of what we’re seeing occurring is the recruitment of… children within the group homes,” said Medina.

Pimps recruiting young people from group homes is a problem that has been well documented in a number of California counties, according to a recent Child Welfare Council report on the issue.

When asked about the possibility that entry into the foster care system could harm rather than help victims, Sen. Yee acknowledged the problem and went on to say that SB 738 would establish forums for stakeholders to discuss the problem of recruitment in the child welfare system and other unique challenges that victims face, including the lack of coordination across agencies.

If SB 738 is ultimately approved, victims of sexual exploitation and other youth in the foster care system may have access to more support services than ever before. As the result of a class action lawsuit that was settled last January, California’s foster care system will soon be infused with cash to expand “wraparound services” including mental health services. The lawsuit, Katie A. vs. Bonta, was filed on behalf of foster youth against state health care and social service agencies. The lawsuit claimed that existing intensive mental health services offered by the state through the foster care system were inadequate.

The Katie A. settlement provided county mental health agencies and child welfare agencies with approximately $20 million for the current fiscal year and $46 million for next year, with half of the funds coming from the federal government. Funds from the settlement would be available to youth who were previously removed from their homes by the foster care system, as well as young people who have come into the foster care system as a result of being arrested for sex work.

The arrival of new funds could also help county child welfare agencies accommodate the potential influx of new youth entering their foster care agency should SB 738 be signed into law.