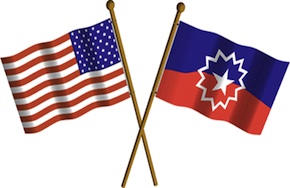 10 Jun Why I Observe Juneteenth

Posted at 10:57h in Youth by Pulse Editor 0 Comments

I write this in the spirit and honor of my ancestors…

I recently asked a group of school kids in Richmond to tell me what they knew about Juneteenth and the Fourth of July. They all knew the basics of the Fourth of July – that it marks the nation’s independence day (although not all the kids could tell me who the U.S. was fighting for independence from). Not one of them, however, could tell me a thing about Juneteenth (June 19th), the holiday commemorating the announcement of the abolition of slavery in the U.S.

After explaining to the kids what Juneteenth symbolizes, the discussion moved on to less serious things like famous athletes and entertainers. I left the conversation wondering how and why it is that these kids don’t know about the epic history of African Americans that led to the achievements of many of the very same professional athletes and entertainers they’d just been speaking about.

My thoughts led me back to the role that adults play in the lives of young people. I recalled last year on the Fourth of July, being asked by family and friends why I didn’t partake in the holiday festivities. My reply back to them came in the form of a question: How did you celebrate June 19th last month? Most if not all of them had the same answer: “What happened on that date for me to celebrate?” Others said, “It slipped their mind,” or, “I just forgot about it.”

After hearing their responses, I shared my own logic as to why I don’t celebrate the Fourth of July. It’s because I’m all too aware that up until 1865, while America was celebrating her independence and political liberation, my ancestors were still being held in bondage. While the cannon balls were bursting in air and others who were free rejoiced in their emancipation, my ancestors were left to witness it all as slaves. It was an annual slap in the face that was repeated for 88 years.

Juneteenth is the oldest known celebration commemorating the end of legalized slavery for African-Americans in the United States. President Abraham Lincoln signed the Emancipation Proclamation Act on September 22, 1862 and it was became effective on January 1, 1863. News of this historic piece of legislation, however, did not reach the masses of African-Americans in the United States until nearly two and half years later.

On June 19th, 1865, Major General Gordon Granger and his troops arrived in Galveston, Texas, delivering the news that all slaves by law are now free. Imagine if you will for a moment seeing your mother labor in a field for countless hours in rain or shine, sickness or health. Picture your father slaving in the tobacco fields for 16 hours straight only to be beaten at the end of the day for not gathering enough crop — sort of like a modern-day pimp beating his so-called property because she didn’t meet her quota. And if that wasn’t enough, imagine the slave master then going into your home to rape your mother, her voice pleading for this nightmare to end. Your father returns back to that very same shack with a blistering back, too bruised and sensitive to touch. He makes eye contact with his wife, your mother, only to have his ego more bruised with the look of seeing the hurt and pain in his wife’s eyes. There the three of you are, a family, suffering and surviving through all of that.

Then the day comes, while in the middle of your normal family routine, an announcement is made that all blacks of servitude are free to go, that slavery is now illegal in the United States. Some now-free slaves rejoice, while other former slaves sit in somber shock and disbelief.

I can understand why for the majority of America, it goes unmentioned or barely recognized; even why eight states refuse to recognize it as an official state holiday. But why does Juneteenth not receive the same level of support, the same public acknowledgement, as other ethnic and culture-specific holidays or observances?

For example, St. Patrick’s Day, which is a national holiday and even yields clothing and other garments sold in stores to get people in the “spirit.” Cinco De Mayo is widely acknowledged and celebrated across the U.S., by Mexicans and non-Mexicans alike. In cities across the nation, Italians hold celebrations and march down the streets to honor Columbus Day. Yet the same level of observance is not the case with Juneteenth.

This is not a cry for the government to bring national recognition to June 19th. My intention is to bring awareness to the African-American community and those who would like to embrace and pay homage to this day.

Juneteenth is more about acknowledgement than celebration. Let it not be just a day we attend an event at Nichol park (as was the case when I was a kid growing up in Richmond). Let Juneteenth be more than just a celebration — an opportunity to focus on education and self-improvement as a community. Let the elders be called upon to reflect on the past. Let it be a day that we give thanks to our ancestors.

Fredrick Douglas said during a speech on July 5, 1852: “What to the American Slaves, is your Fourth of July? And so I ask a similar question, what to America and African American citizens, is our Independence Day? And how will you pay homage as this day approaches us?”

I Am Because We Are. Give thanks…