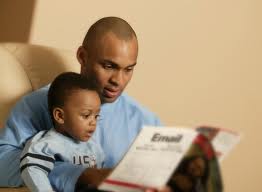 Posted at 20:11h in Youth by Pulse Editor 0 Comments

This week, grateful sons and daughters will be hitting retailers around the country in search of that perfect gift for dad – a tie, some socks, a Hallmark card, or maybe just a hug. But for a growing number of youth, the time around Father’s Day can be tough, bringing up memories of hard times with dad, or other times when he just wasn’t around at all.

The number of children in the U.S. living apart from their fathers has more than doubled over the last 50 years, from 11 percent to 27 percent, according to a recent study by the Pew Research Center.

While there are certainly a number of reasons for the increase, it is also certain that when the pressures and responsibilities of fatherhood get to be too much, some men simply choose to leave, to dip in and out of their children’s lives like a recurring dream or nightmare. We even have a special name for the guys who skip out on their fatherly duties – sometimes, “father” is just too personal a title.

The term baby-daddy has its roots in Jamaica, and the Oxford-English Dictionary defines a baby-daddy as “the father of a woman’s child, who is not her husband or (in most cases) her current or exclusive partner.”

Shahad Wright is the director of youth and family programs at the YMCA in South Richmond. Together with Leland Johnson (the dean at Making Waves Academy, a Richmond charter school), Wright runs a workshop there called the 24-7 Dad Program, designed to help men stick with fatherhood.

The program achieves this by redefining the role of fathers in the modern household; challenging the notion that baby daddies can’t also be fathers. An emphasis is put on not running from their responsibilities to their child, to their child’s mother, and on examining their relationships (or lack thereof) with their own fathers in the process.

The fathers he works with, says Wright, want to be active in their kid’s lives in big and positive ways. The program, he adds, gives them the tools to be just that.

“You want to make sure that there is a balance (of) not only being a disciplinarian but also being somebody that cares and really gets involved in their educational path, not just be a cheerleader for sports,” explains Wright.

Being raised by a single parent, the absence of a father figure is something that Wright knows and cares about deeply. And having a son of his own really drove home for Wright how difficult being a father can be.

“It’s like trying to do something you have never seen before, when everyone says it’s suppose to come natural.”

One of the most important roles a father can play, says Wright, is that of teacher to their children. And a father can’t do that, he says, without spending time with them.

“Don’t miss a moment. No matter what the situation was or is, your children are a reflection of you.”

Wright loves to see fathers return to the program with fresh memories of time well spent with their kids.

“I look at dads now that went through the program. They have pictures with their kids, going fishing on trips. Those moments when a kids can say, ‘That’s my dad” – those are the moments you don’t want to miss out on.”