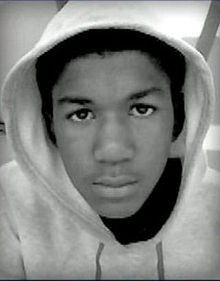 16 Jul For The Colored Boys in The Black Hoodies

Posted at 12:55h in Youth by Pulse Editor 3 Comments

The first time I found out that “justice” was just a word was about three days ago. I was sitting on my couch when my friend sent me a text that said, “Monet, you won’t believe this…” I could not even text back because I knew what she was talking about. I turned on my TV, waiting, for what in the back of my mind I already knew. The killer of Trayvon Martin, George Zimmerman, was pronounced not guilty. My world slowed down as the words “not guilty” played in my mind repeatedly.

This man will go home and sleep calmly in his warm bed next to his wife, while Trayvon’s mother has sleepless nights wondering what her son could have done, would have done, and what he should have done. This verdict is a reminder that in America, we as brown and black people do not matter in the eyes of the law, in this land of the so-called free.

I suppose that this means that I must submit to the police and other forms of authority. Well, when I am in those situations I will not compromise my life because someone is going through some type of ego trip. I will be calm, cool and collected — as I have been taught to be all of my life, to ease my way out of situations that I do not want to be in.
.
As a young person of color, I feel as if I must be a living example of the change I want to see. I cannot be angry for a week and then let Trayvon’s life become a distant memory. I believe that I must work hard in my community to let my voice be heard, and raise awareness not only about forms of injustice by authorities against young people of color — but also the injustices done by people of color against other people of color.

Yes, we should rally and fight for justice, but we should also stop tolerating the genocide happening in our own communities. Maybe the “superior race” will stop killing us when we also stop shooting at a human being that looks similar to the reflection in the mirror.