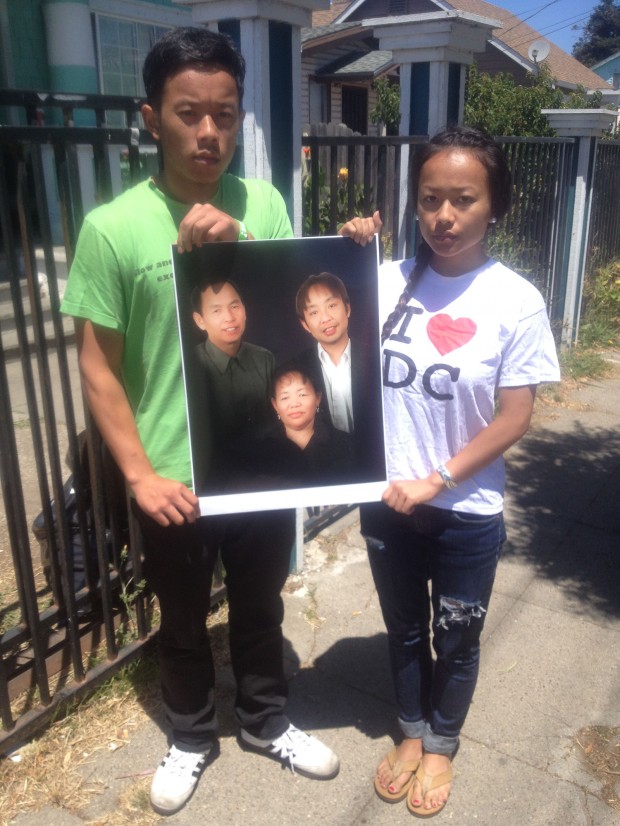 Posted at 12:42h in News, Youth by Pulse Editor 0 Comments

In our community, when one has a loss, we all have a loss. Early Friday morning on July 5th, 911 received a call around 2:30am regarding a fire in the neighborhood of 21st Street in Richmond. Firefighters arrived to a tragic scene — a detached garage behind a house was burning with two adults trapped inside, and their son was in flames. It was reported that fireworks might have been the cause of the blaze.

The father, 56-year-old Mearn Lee Pom, and the mother, 50-year-old Bounkeo Viengvilai, were found unconscious in the garage and were later pronounced dead after firefighters were unsuccessful in their attempt to revive them. Their son was rushed to the nearest Kaiser Permanente hospital, and then to St. Francis Memorial Hospital in San Francisco, where he later died.

The family members who lost their life are survived by their son and brother, Sompong Viengvilai, who is well known in the community as a former youth leader at RYSE, a local youth center. It was there that Sompong became part of a youth leadership team. Among his many accomplishments, Sompong participated on the President’s Youth Council, where he represented Richmond, and helped to produce videos examining the negative health impacts of sugary beverages. He facilitated organizing workshops, and sat on an advisory board for Lady Gaga’s “Born This Way” campaign. He remains a strong advocate for young community members in Richmond.
In the aftermath of the tragedy, the RYSE Center set up a fund to support Sompong’s family, and issued the following statement in a letter:

“When Sompong first came to RYSE, he was committed to transforming his community so that his family and siblings could thrive. With a huge heart and the warmest of spirits, Sompong has always brought his full self to everything he does and in his time of greatest need RYSE intend to return this back to him ten-fold.”
Thanks to community donations collected by RYSE, burial costs for Sompong’s family have been covered. All future contributions to the fund will go towards relocating Sompong and the remaining siblings, since they were all living in the home at the time of the fire.

For those who wish to support, checks can be made out to the “RYSE Center” with a note in the memo line indicating that the donation is for the “Viengvilai Family Fund.” Donations should be mailed to: RYSE Center, 205 41st St. Richmond, CA 94805

Credit card donations can be made on the RYSE website: www.rysecenter.org. If making an online donation, please also indicate in that your contribution is for the “Viengvilai Fund.”

RYSE, in partnership with Community Health for Asian Americans (CHAA), will also be holding grief and healing support groups for Sompong, his family, and any other young people or their families who are grieving a loss. If you or anyone you know is in need of or could benefit from such support, please contact RYSE community health director Kanwarpal Dhaliwal at kanwarpal@rysecenter.org For all other questions, please contact Kimberly Aceves, RYSE executive director at kimberly@rysecenter.org.