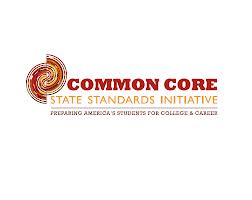 If all goes according to plan, Richmond public schools — and the students they serve — will have something positive to look forward to, this fall and beyond.

Back in 2010, California’s State Board of Education voted to adopt a new set of federal academic guidelines referred to as “Common Core”. This year, California public schools including those in Richmond will take one step closer toward the goal of fully implementing those standards by the 2014/15 Academic Year.

Along with California, 45 other states are also in various stages of implementing Common Core.

Teachers, parents and education experts developed the new standards for the purpose of better preparing students with the knowledge and skills they’ll need to have success in college and eventually, in a career. Common Core is expected to provide a consistent and clear understanding for teachers, parents and students alike, of what students in all grade levels are expected to learn and should know.

I discussed the transition to Common Core with my fellow West Contra Costa Unified School District (WCCUSD) colleagues, who will be tasked with implementing these guidelines into their schools and classrooms. I was curious to hear their general thoughts about introducing Common Core to a generation of students who sometimes seem more interested in Facebook, Youtube and music videos than they do in reading or arithmetic; especially because Common Core was designed to be a bridge for teachers to connect with students in a more creative and engaging manner, with an added emphasis on new technology.

“Students will benefit from receiving instruction that is enriching and inspiring,” according to Valerie Garrett, principal at Verde Elementary School who has been actively preparing her staff for the transition to Common Core. “The standards are bringing about uniformity, and promise to assist our teachers with the promotion of standards-based instruction in a meaningful manner.”

Garrett describes the new standards as a base that will allow districts and schools to identify areas of challenge for students, with the goal of tailoring instruction so schools can meet or even exceed their academic benchmarks. It’s an outcome many educators like myself are patiently waiting to see.

“There are even Common Core ELD (English Language Development) standards which will directly affect CELDT (California English Language Development Test) scores. With more emphasis on writing across the curriculum and learning math ‘outside of the box’ and integrating technology, our students test scores should excel and their goals will be endless,” adds Karolyn Langston-Haynes, a teacher from Grant Elementary.

With all of this said, we must also expect some hesitation and uncertainty from those who may feel differently about the looming new standards.

“Some teachers will immediately be enthusiastic and some will initially resist, but there will always be those resistant to change,” says Aaronian, who confidently adds that most teachers will eventually come to embrace the changes.

And as for the students? Judging from my experience, most students are hungry for a curriculum that will empower them to think critically and gain knowledge they can apply to their everyday experiences. They also want an education that will prepare them for future careers.

As a new teacher, I’m enthused to use the Common Core Standards in my classroom. The Common Core should give teachers more freedom to be creative as long as they stay within their district guidelines. For other teachers with more experience under their belt, transitioning to a new set of standards may prove more difficult.

Luckily, over the last few years, “there have been [Common Core] trainings and workshops for teachers and administrators” says 6th Grade Teacher Karolyn Langston-Haynes from Grant Elementary School in Richmond. “Most of us have been involved in training at one level or another, so this transition should not come as a surprise.”

Sounds like most of us are well prepared to embark on the new journey! Now let’s see where that journey takes us.

To learn more about the Common Core Standards, visit the California Department of Education website at: www.cde.ca.gov