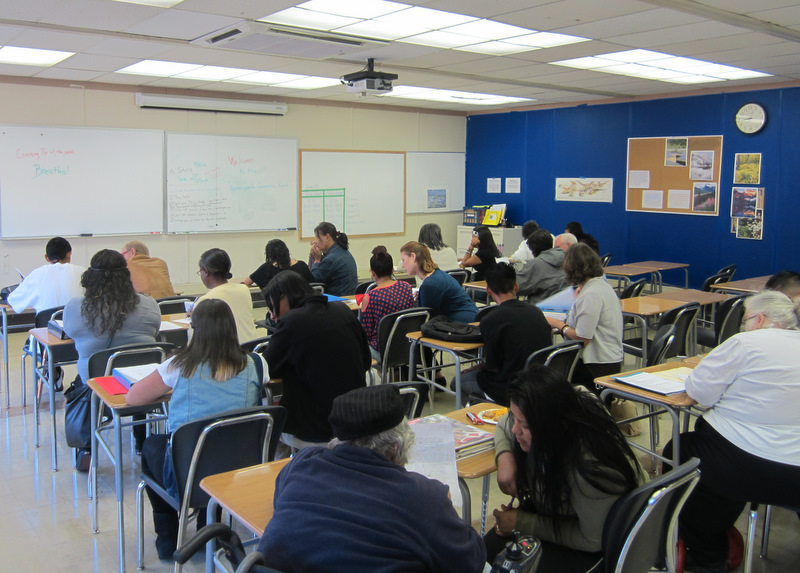 Posted at 13:36h in Youth by Pulse Editor 0 Comments

WriterCoach Connection (WCC) is an East Bay-based organization that trains and coordinates volunteers to work one-on-one with middle and high school students as “writing coaches” in their English classes. Coaches help students to hone their writing skills, as well as develop their own writing voices and ideas.

With the current drive to implement new federal academic guidelines known as Common Core — which among other things emphasize critical thinking, writing, literacy and evaluation of evidence — writer coaches can also provide much-needed support to students while they build skills that will translate across disciplines.

As someone who has served as a writer coach with WCC, I can attest to the power and importance of the program and the coaching model. It was a wonderful experience to work directly with the students, as well as watch their writing evolve and take shape over the course of each semester. I was equally thrilled to hear from one of the young writers I was paired with several months after the school year ended. She asked me to provide her some feedback on an essay project, and later reported that the final essay had garnered her a scholarship.

WriterCoach Connection has built community throughout the Bay Area, and made a significant impact in the lives of thousands of emerging writers. I was honored to speak with Karen Larson, WCC Site Coordinator at Richmond High School. The following Q&A was adapted from a conversation in August—looking back at the last year, and ahead to “writing the future.”

AS: WriterCoach Connection has now been at Richmond High for a year. How has the program been received so far? Were there any challenges in getting started?

KL: I’ve found Richmond High to be the best school I’ve worked in, in terms of support from the school as a whole. Everyone is aware they are members of a community, and the teachers have embraced us. Teachers set the stage, and the students are very appreciative of the coaches.

The Richmond community also has been wonderful. Many of the writer coaches are very involved in other aspects of the community or serve as volunteers at multiple organizations.

When we first started there were some “unknowns” as we were new to the school. One minor challenge was that our meeting space was physically located far away from the classrooms, so sometimes we only had 15 or so minutes of time with each student. But the space itself was great, and we were able to work with each student one-on-one for a total of approximately six hours over the course of the semester.

AS: What does success look like for students and teachers?

KL: We’ve seen many successes. We’ve heard from some students that the coaching sessions stand out as one of the more positive experiences they have at school. If we can get them to write about something that’s meaningful to them, I count that as a success. Perhaps the topic isn’t exactly the same as the writing prompt, but the students are developing their skills, and they are engaged in their learning.

It’s great when teachers report their students’ skills have improved, as well as grades and turn-in rates for assignments. Sometimes teachers are reluctant to get started with WCC, but once they’ve been through four or five class sessions they come to love the program– and become some of its strongest advocates. I’m excited that our teacher partners have expressed interest to continue this year.

AS: How did you first become involved with WriterCoach Connection?

AS: How do you know WCC is working?

KL: For the coaches, it’s seeing that what we’re doing is making a difference. Students are sitting with us and focused; their writing is improving; they are participating in the coaching session. We meet people where they are, and work with one student at a time.

As the site coordinator, I also care about supporting the coaches. I want to help them feel ready to coach and problem-solve. I want them to be enthusiastic about the work they are doing, and return to coach each year.

AS: What qualities does WriterCoach Connection look for in a writer coach? And is WCC currently recruiting more coaches?

KL: Coaches do not need to be academics, professional educators or writers. We want people who like working with young people. Coaches should be fluent in English, and have a high school diploma. We are looking for individuals who are open-minded, and can help students think critically and reflect on their writing process.

We are actively recruiting and training coaches for the fall, and will offer trainings in Richmond, El Cerrito, Berkeley and Oakland through October. Trainings consist of two three-hour sessions. Coaches who would like to coach at Richmond High can attend trainings at any location. We hope to recruit 75 new coaches this fall, for a total of 125 coaches who will work with about 250 students.

WriterCoach Connection is a program of Community Alliance for Learning, a 501(c)(3) non-profit organization founded by writer coaches and parents in 2001. Anyone who is interested in becoming a writer coach is invited to visit the organization’s website and click on the “volunteer” tab at www.writercoachconnection.org