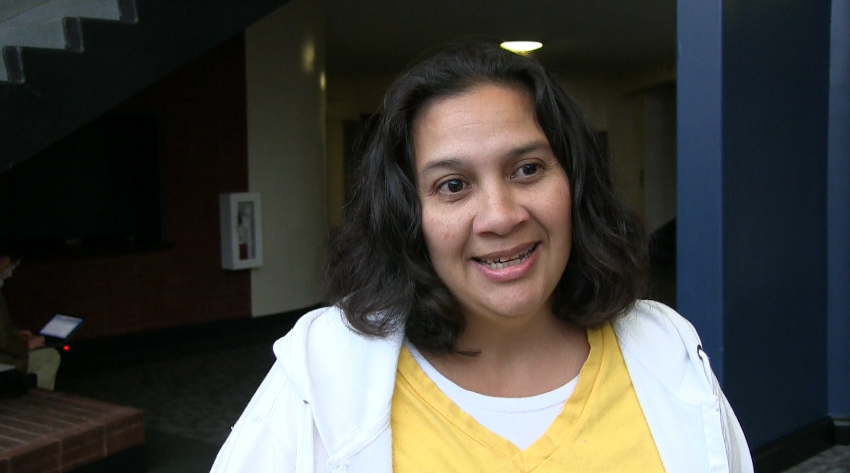 Richmond will move forward with its plans to seize underwater mortgages using eminent domain, raising the stakes in a test case of whether a city can take on Wall Street and rescue troubled homeowners on its own.

“The City of Richmond and our residents have been badly harmed by this housing crisis,” said Mayor Gayle McLaughlin, at a city council meeting on September 10. “Many in our community have been targeted for predatory loans, too many have already lost their homes from foreclosures, and all of Richmond has suffered with home values that have plummeted nearly 60 percent, and of course that means a reduction in property tax revenue for the city.”

While the foreclosure crisis is over and the housing market rebounding, the recovery is uneven, with many homeowners still affected. About half of Richmond’s homeowners are under water, according to City Manager Bill Lindsay. Cities like Richmond, with many African American and Latino homeowners, were among those hardest hit by the foreclosure crisis, owing in part to banks having been more likely to target these communities for subprime loans.

“Banks got bailed out – how come not the city of the people who bought the homes? We need to get bailed out too. We’re low-income, moderate-income people working hard,” said Richmond resident Patty Castillo, whose mortgage is currently under water, meaning the balance owed on the home is less than the property’s current market value.

Castillo and her husband bought their Richmond home in 2005 for $420,000 and have seen its value plummet to $125,000. Adding to their troubles, they have an interest-only loan and are worried because their mortgage payments are about to start increasing at the end of the year.

While other local governments have considered the use of eminent domain (whereby a government seizes private property for public use) for the purpose of helping underwater homeowners, and several members of the San Francisco Board of Supervisors have expressed support for the plan, Richmond is alone in its decision to move forward. North Las Vegas and San Bernardino decided against the option after facing heavy opposition from financial institutions and realtors.

“We’re really the only city right now that is on board with the program, and that has been difficult,” Lindsay said at the meeting, after advising the council that they had to consider whether the plan could have negative financial consequences for the city, such as loss of access to credit.

Despite facing a lawsuit brought by huge banks like Wells Fargo, as well as warnings from a powerful trade group representing banks and asset management companies, that future Richmond borrowers could find themselves unable to obtain mortgage loans, the City Council finally voted at close to two in the morning to go ahead with its controversial plan for keeping people in their homes.

Earlier this year, Richmond partnered with advisory firm Mortgage Resolution Partners (MRP) and created a principal reduction program known as Richmond CARES (Community Action to Restore Equality and Stability). In July, the city sent letters to over 30 banks and mortgage servicers offering to buy over 600 mortgages that were determined to be at high risk of default.

The city would purchase the mortgages at a discount according to their fair market value as determined by an independent appraiser, and then would restructure the loans with the help of MRP in order to help homeowners avoid foreclosure. In the event that mortgage holders refuse the offers, the city would consider seizing the mortgages through eminent domain.

If it succeeds, it could make history. But, some residents are worried that Richmond’s strategy could do the city financial harm in the long run.

Doria Robinson, a third generation Richmond resident, supports the council’s decision to move forward and explore the use of eminent domain.

“We’ve looked to the federal government for answers, for guidance, for leadership, and they bailed the banks out,” she said. “We’ve looked for banks to offer homeowners the opportunity to reduce their principal or reduce their interest rates or do anything, and they’ve mostly just shuffled people along, giving them paperwork, losing their paperwork.”

But then there are homeowners like Bea Roberson, who worries that the plan will result in lower property values across the city, and that MRP is misleading Richmond and stands to profit from the program at the expense of homeowners.

“Everyone’s talking about greedy Wall Street people – well, what do you think MRP is?” she said.

Megan Roberts, another Richmond homeowner, disagrees. She’s not underwater but supports the principal reduction plan as a way for others to find relief.

“If the banks were offering some decent deals … lowering the principal on these homes, it would be a whole different story. But the fact of the matter is that they haven’t done that,” she said.

The plan has gained the support of an alliance of fair housing and community groups, including Housing and Economic Rights Advocates (HERA) in Oakland and the California Reinvestment Coalition.

At the City Council meeting, HERA Executive Director Maeve Elise Brown slammed the Federal Housing Finance Agency (FHFA), which has threatened to disinvest in cities that seize properties through eminent domain. FHFA is the regulator of Fannie Mae and Freddie Mac, quasi public-private agencies that guarantee most of the home loans backed by government – which is close to 90 percent of all new mortgages nationwide.

Brown says that the FHFA’s statements are “very disturbing” and amount to “unlawful discrimination under the federal Fair Housing Act and the Equal Credit Opportunity Act.”

Doria Robinson thinks the reaction of the financial sector to Richmond’s plan is to be expected. “For [mortgage holders] to begin bullying Richmond, a small town, and threatening us with all kinds of things that seem to be illegal is not a surprise,” she said.

UPDATE: On September 16, District Judge Charles Breyer granted Richmond’s motion to dismiss Wells Fargo’s request for a preliminary injunction that would have blocked the city from potentially using eminent domain to seize the underwater mortgages. Breyer’s decision is based on the fact that Richmond has not yet taken any action to use eminent domain – his ruling states that Wells Fargo’s claims are “not ripe for adjudication.”