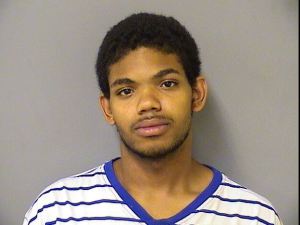 01 Oct Punishment Fits the Crime for Teen Who Videotaped Murder

Posted at 12:31h in News, Youth by Pulse Editor 0 Comments

In this age of social media, it seems there is no limit to the types of extreme — even violent — acts people will videotape and post on the Internet. If there’s something happening and there are bystanders, chances are someone is catching it on video. Some people do it for the thrill. Others do it because they want to be popular on Facebook. Most do it believing they can get away with it. Most, however, probably don’t stop to consider whether or not they could be prosecuted for doing it.

Yet that is exactly what happened to Anthony Malcolm of Chicago, who was sentenced to 30 years in jail on September 12 for video recording the beating death of 62-year-old Mexican immigrant Delfino Mora. He was 19-years-old at the time. Some might be sad to see a teenager, someone who is just beginning his life, be sentenced to 30 years in jail. I, however, feel that justice is being served. Let me explain my reasoning:

Anthony Malcolm is not a child

Anthony, who recently turned 20, is not technically a child. I do take it into consideration that the incident occurred when he was 18, but judging from the family’s testimony, he was very mature for his age. He wanted to be a police officer in Chicago or an FBI agent. Wanting to pursue a career in the justice system showed that he saw crimes being committed and wanted to do something about it. He even joined the ROTC as a way to do something positive in the community. All of these ambitions show that he knew that day in 2012 the childish “game” he was playing was against the law and he shouldn’t have been doing it.

Too many wrongs for the situation to be right

“He was at the wrong place, at the wrong time, with the wrong people,” Anthony’s lawyer testified. Red flags should have gone up in the air for a prospective FBI agent that this situation isn’t right. Playing a twisted “Pick ‘em out, knock ‘em out” game? By playing this game, he was targeting the very people he envisioned himself on day protecting. The game was wrong, his actions were wrong, but the sentencing was right.

“It was something I never wanted to happen.”- Anthony Malcolm

Now a year later, maybe it’s something you never wanted to happen. Nevertheless, the present is not what you were being judged for. Anthony was judged on his actions that very day in July 2012 when he and his friends participated in the beating death of Delfino Mora. He may not have physically touched him; however, he did nothing to help Mora, either. He had the phone in his hand, with two very different choices to make. With about 4 touches to his smartphone he was able to pull up the camera app and record. With the same amount of touches he could have called 911 and saved the man’s life. Anthony instead chose to follow the code of the street, which is to never “snitch.” I sometimes wonder when the code will go back to being about respecting your fellow man.

Delfino Mora will never get his life back

Delfino Mora was just minding his own business when he was attacked. Something that really bothers me is when people who are just living their lives, especially in a positive manner, become victim to other people’s immaturity and heartlessness. Mora was trying to provide for his family the best way he knew how. At his age, he may have had 30 years in him to see, to live, to love. He was robbed of that, as were his children and loved ones. He lost out on his life not because of a “mistake” but by just being at the wrong place, at the wrong time, with the wrong people.