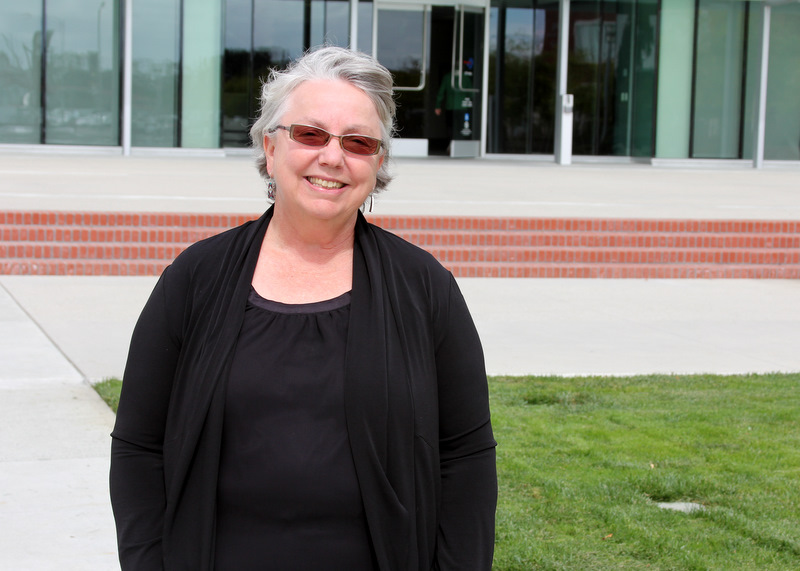 RP: What do homeowners facing foreclosure in Richmond need to know right now about the city’s plan to invoke eminent domain?

Mayor Gayle McLaughlin: We call it the Cares Program or the Local Sensible Reduction Program because, first and foremost, we would like to continue to call on the banks to work with us, to cooperate with the City of Richmond to sell us these underwater mortgages, and to do it voluntarily in a cooperative way so that we don’t have to invoke the eminent domain process, although we hold open the option. We fully believe it’s within our legal rights to do so, to help our community.

We continue to have this ongoing housing crisis. Many of our neighborhoods continue to spiral downward. When one home goes into foreclosure, nine other homes are impacted. [Foreclosures] create blight in the neighborhood, and then all the property values of the neighborhood go down. That means less property tax revenue for the City of Richmond. It means more crime because blight attracts crime. And it also means that other homes… are more underwater than ever.

So this is an opportunity for the City to really acquire these loans, hopefully voluntarily, and work with the homeowner to reset it with a new loan, refinance a new loan with a lower principal. This way, families stay intact, neighborhoods stay intact, and people can continue to afford to stay in their home with a lower mortgage payment. They’ll have money in their pockets because of their lowered payments and visit our local businesses and help our local economy. They could improve their homes because they’re not in this desperate situation. So we think it’s a really valuable program.

GM: Right now we’re in the process of really building a national movement. Just this morning I was in San Francisco at a meeting with two supervisors, because San Francisco is looking at joining us. We want cities to join us in a JPA — a Joint Powers Authority. And there are other cities in California looking at this: Oakland, Vallejo, El Monte. There are other cities across the nation like Newark, New Jersey, Long Island, New York, and Seattle. And Richmond has played a leading role. We got an article in USA Today, we have the Washington Post, New York Times, LA Times, MSNBC, CNBC, and we were on PBS News Hour. A lot of this is thanks to ACCE, the community group that’s really spreading the word on this. So, we’ve [received] a lot of attention and the idea is to build a national movement to put pressure on the banks that got the $1.2 trillion bailout. They (the banks) haven’t provided a solution and the federal government hasn’t provided a solution, so we’re stepping in with a common sense fix that will help everybody. It’ll help the housing market because we’ll be fixing a problem that continues to spiral down and impact the housing situation as a whole.

RP: What kind of timeframe do you see this being played out on?

GM: We didn’t really put forward a timeline as to when to come back to the council but I’m going to guess that within the next couple of months, staff will have moved forward (with the creation of a JPA) and in the meantime I am reaching out to other cities to actually join this JPA. So even as staff is creating the paperwork to make a JPA structure possible, we still have to have cities officially join it. So I would say that in the next couple of months I hope we have at least a couple of partners, we’ll have some updates on the liability issue. We feel we’re moving forward step by step, cautiously but firmly, because we have to.

One of the other points I wanted to mention is that we won a lawsuit recently. Even though the city has done nothing as far as eminent domain at this point, Wells Fargo and Deutche Bank attempted to sue the city [on the grounds that] we were considering it. And the court said (to the banks), you can’t do that. So those banks got negated in their attempts to stop us. At this point though, they’re still trying very hard and we want to be able to move forward and again, we hope that the banks open their eyes and say, hey, this is a good thing and join us in a cooperative way. But we maintain our right to consider eminent domain if necessary.

RP: What do you say to critics who claim the move would hurt the city financially in the long run by dissuading potential investors and damaging credit?

GM: The threats that Wall Street and their lobbyists have made to Richmond to restrict credit are totally illegal. I mean, what they’re talking about is redlining. We went through that years ago, and we fought battles to stop redlining of communities where credit had been restricted. We overcame that, and we can’t go back in history. We won’t. There’s laws on the books, and in fact, there are civil rights firms that have engaged with the City of Richmond in saying that they’d be happy to defend us if any of these practices actually get implemented, because they understand that this is a civil rights issue. In Richmond, 70 percent of our community is people of color. To restrict credit to the City of Richmond — either to people who want to move within the city or to people who want to move into Richmond — brings us right to the civil rights issue of redlining that was fought years ago. So, we’re prepared to do whatever is necessary, but we actually don’t think they will act in that way. We think it’s a lot of bluster and threats to scare people, and that’s what they’ve been doing.

These banks and these lobbyists are trying to scare, and they have managed to scare some on the Richmond council. A couple council members in particular have kind of backed away from this, and there are other people in the community.

But, by far, the larger number of community members are in favor of this. I get so many emails, hard copy letters and phone calls from people in Richmond, and from people all around the country, who think this is really a sound, innovative solution. So I say to the critics who claim that this is going to cause us harm: that would be illegal, it would be immoral, and we would fight that.

Richmond Pulse: Switching gears now, why did you recently visit Ecuador, and what did you see there?

GM: I was invited (by government officials) to go to Ecuador to see the contaminated areas of the amazon rain forest. It was a wonderful trip… so profoundly important and informative. I saw some of the worst (environmental) damage. The Ecuadorian Rain Forest is just a beautiful area and to see [a] pit filled with sludge — this thick, oily sludge — was just really tragic.

I also had a chance to [have] conversations with the indigenous folks that were impacted by this horrible contamination. There are something like 1,000 open pits in the rain forest where there is sludge and contaminated water from Chevron-Texaco’s processing and drilling. I think it was throughout the ’80s and early ’90s that this contamination was just haphazardly thrown into the rain forest, thrown into these pits, without any lining. They also dropped the crude oil. This was a deliberate spilling onto the roads and into the rivers and streams. [The waste] in these pits has seeped down into the water table, into the ground water, and this impacted the lives of the indigenous people who lived [there], who drank the water, washed their clothes, did their dishes, did their cooking, and fished in the rivers and streams. So now they have a huge outbreak of cancer, a huge outbreak of birth defects and miscarriage, and they can no longer live in the areas where they lived.

To see it up close in person and to talk with these folks in their homeland made a big impression on me. I’d engaged with some of these [communities] over the last ten years — they’ve worked with Amazon Watch in the Bay Area — so I knew of the horrors they had suffered and I also knew that they had sued Chevron-Texaco. Texaco did the damage but (then) Chevron and Texaco merged, so Chevron Corporation is responsible for cleaning up the rain forest. I felt a strong commitment to share with them the problems we’re having… you know, we’re suing Chevron as well in the City of Richmond for the damage that they have done to our community by way of the fire of 2012. So the solidarity with the people of Ecuador… it’s the start of an international coming together, holding oil companies accountable for the damage they do to communities everywhere.

We’ve been in touch with the Nigerian community about the damage that Chevron has done to them. We’ll be having an event in mid-October and in fact, some of the indigenous people (from Ecuador) will be coming to Richmond… and although we can’t bring the indigenous folks from Nigeria at this point, we will have some representatives from the Bay Area who work with them. We think it’s a real important step to a hold oil companies and, really, corporations in general, accountable for the damage they do.

RP: What did the people in Ecuador want to learn from you?

GM: They were very, very interested. I had a day and a half of media interviews, on their TV with the translator, and radio and print interviews. They heard about the 2012 fire at the Chevron refinery in Richmond, and they wanted to know a couple things: how [the fire] had impacted our community, and what I thought of the contamination of the rain forest. It meant a lot to them that we also were standing up to this big corporation.