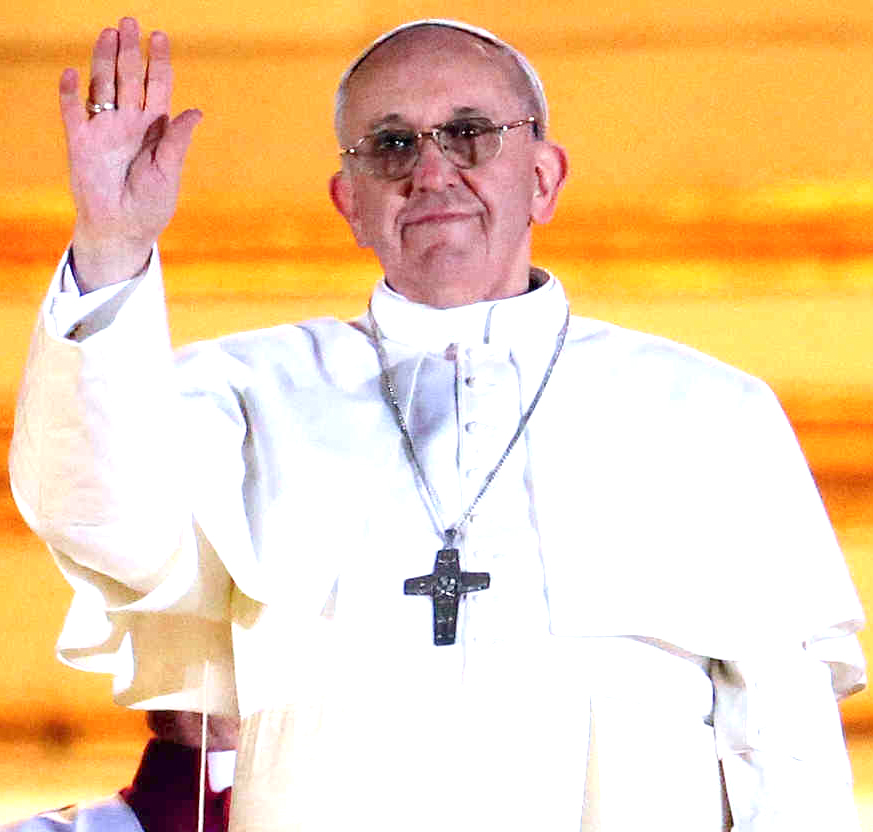 Posted at 16:02h in News, Youth by Pulse Editor 0 Comments

By now you’ve probably heard that the Catholic Church has a new pope, Jorge Mario Bergoglio, 76, of Argentina, who took on the name Francis when he assumed the position last March. The 266th pope, Francis, when it’s all said and done may be remembered as one of the more controversial, and potentially transformational, in Church history. In addition to being the first Pope from Latin America, his views on social issues have challenged traditional Catholic orthodoxy on issues like homosexuality, immigration and non-believers. In a recent speech, Francis seemed to sum up his inclusive worldview when he proclaimed, “We must walk united with our differences: there is no other way to become one. This is the way of Jesus.” It’s still a bit early to say, but this contemporary way of interpreting the bible and its dogma may land him high scores with today’s youth.

It seems that with each passing generation, there is a greater openness to new ideas and opinions: a tendency to want to unite, rather than separate. Just as the youth of the 60s and 70s, with their anti-Vietnam War protests and involvement in radical political and cultural movements, astonished a previous generation that was bred on patriotism and widespread popular support for the U.S. military’s role in World War II, the youth of today are much more liberal and accepting of different types of people than previous generations. Religion has become an ideology to be debated, rather than an absolute truth, accepted without question. To take it one step further, one could posit that religion has taken on a negative connotation in the eyes of many youth. The Church, which insists on consistency, has fallen out of step with young people in a rapidly changing world. As a result, the Pope came to be seen as the figurehead of an outdated and never revised mode of thinking. But now, Pope Francis may be breaking that mold.

Young people, just like most others, tend to respond negatively when told what is wrong about them. Yet youth today, more than ever, seem willing to question the assertions, values and ideas hoisted upon them by previous generations. The technique of using fear as a tool to unify has begun to lose its effectiveness. Perhaps knowing this, Francis has taken a different approach, using more progressive language and concentrating on what can be done right – in other words, what makes us similar rather than separates us. He has turned the conversation away from one that focuses on the world’s “sins” – abortion, contraception, homosexuality, etc. – to one that emphasizes a universal need for acceptance.

“We have to find a new balance; otherwise even the moral edifice of the church is likely to fall like a house of cards,” Francis stated. The Pope’s words indicate he realizes his church’s tendency to shun non-believers has resulted in a failure to bring new faces into its own ranks – and so it seems he’s trying to bring new believers into the church with a message of love, not hate.

The future remains unclear, but Pope Francis is certainly making waves with his efforts to connect with today’s youth. One of his first major acts as pope was to convene a youth summit in Brazil, a country with a young population and a strong Catholic tradition. By daring to be unorthodox, he may yet succeed in bringing in a new generation of followers who see the value in a message of acceptance and inclusiveness, where they saw none in the narrow thinking and exclusivity of the past.