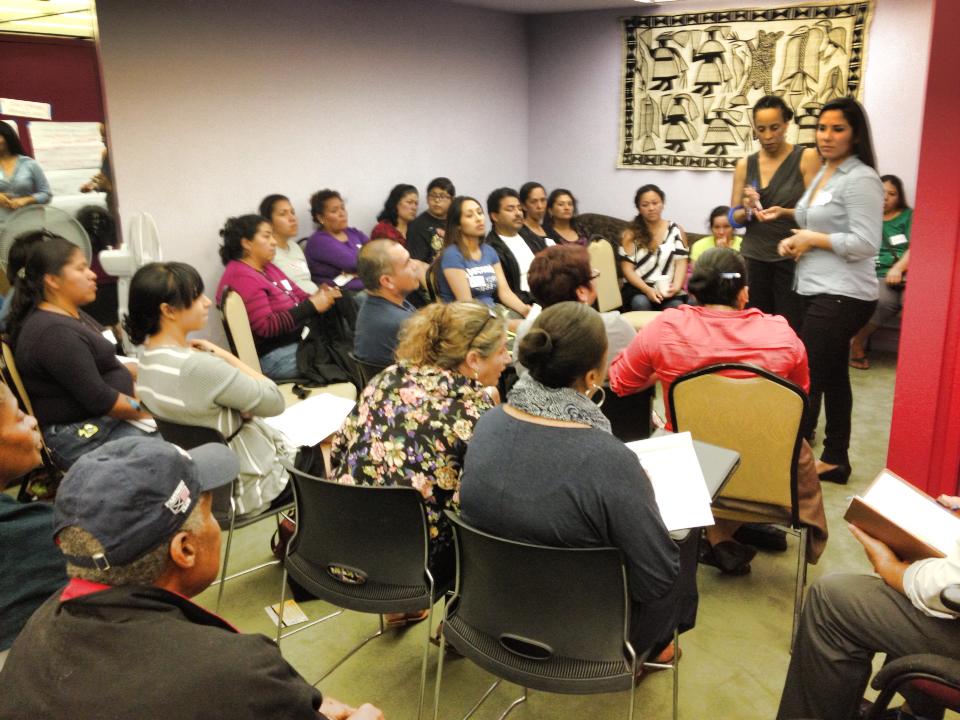 Posted at 16:11h in Education, Youth by Pulse Editor 0 Comments

Richmond residents and representatives of West Contra Costa Unified School District (WCCUSD) met at a convening organized by Building Blocks for Kids Collaborative on Friday September 13, for a discussion about safety in and around schools. About 40 concerned parents were given an opportunity to let the school district know about some of the issues they’ve been grappling with, but need support from the schools to fully address.

One of the biggest concerns raised by parents at the meeting was bullying, which they said is a huge barrier that keeps many of their kids from being fully engaged in their education. The parents asked for more assistance from teachers and school staff, and the district reps agreed to revisit and recommit to anti-bullying programs that are already in place at WCCUSD schools.

An issue surrounding parent engagement and volunteering was also raised. To ensure student safety, the district had recently put in place a system to make sure that any adult coming into contact with students on school campuses would first undergo background checks to receive clearance. Some parents expressed concern that the process requires fingerprinting, a disturbing thought for the undocumented community because of uncertainty over how the information might be shared with other government entities.

The community engagement coordinator for WCCUSD, Marin Trujillo, did his best to assure parents that would not happen.

Other parents expressed a concern that having a criminal record could disqualify them from volunteering. The district’s answer to that was for parents to not be discouraged from going through the process. Each case is different, said Trujillo, and would be evaluated individually. The information was comforting for people to hear, and the discussion provided more overall clarity to those assembled.

Everyone in the room agreed that student safety is a community-wide responsibility, and that the environment surrounding the schools – and not necessarily the schools themselves – often present the biggest challenges for students. One inconvenience that could be easily fixed, said the parents, is the absence of crossing guards before and after school. Clayton Johnson, of Contra Costa Health Services, offered to link parent volunteers to trainings held by Safe Routes to School that would allow them to become crossing guards.

A number of issues remain to be discussed, and parents and school district officials expect there will be many more conversations to come. The meeting ended with the school district agreeing to make some concrete changes within a couple of weeks, and parents agreed to work on getting other parents involved in future meetings. •