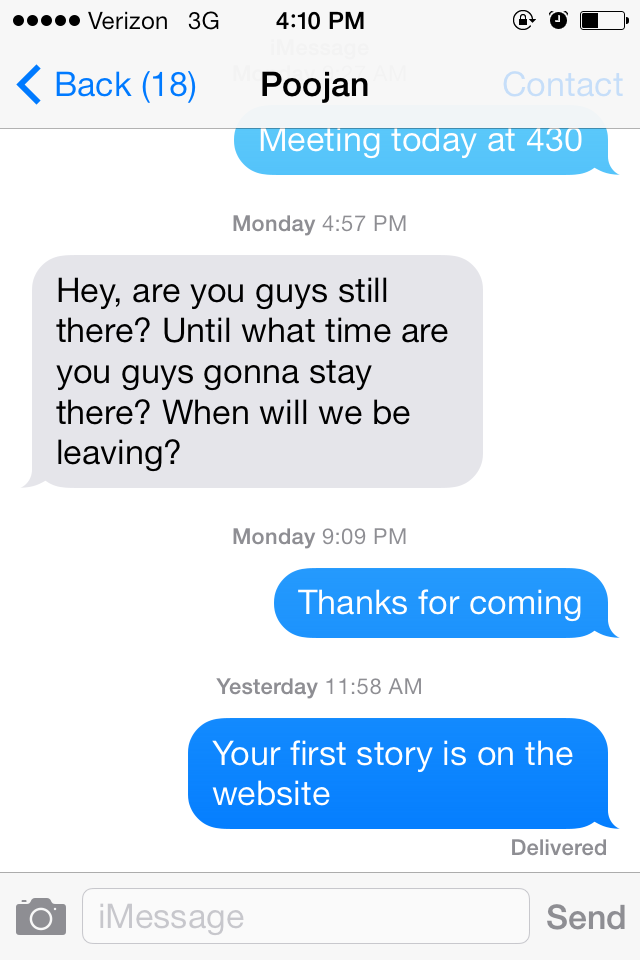 Posted at 11:06h in News, Youth by Pulse Editor 0 Comments

From the spoken word, to written letters to dial-up phones, humans have always sought new ways to communicate with one another. Today, it seems that texting is the mode of choice for getting messages to others quickly, especially when it comes to teenagers. According to Nielsen, American teenagers, on average, are sending and receiving over 3,339 texts a month. But other statistics – those culled from police reports – show that texting among teens is not only growing in popularity, it’s a growing threat to theirs and other people’s health.

Ling Murray knows well the dangers of texting. On December 1, 2010, she and her daughter, Calli Ann, were hit by a car as they were walking home from a park. Calli Ann was killed instantly and Ling was put in critical condition. The driver later admitted that she was texting when she hit them.

Texting and driving is now a major public safety concern, and there is never a good excuse for doing it. To convey my point, imagine a conversation between the police officer and the driver of the car that killed Calli Ann:

Cop: Why did you crash into this mother and child?

Driver: I was texting.

Cop: You mean to say that you killed this child just because you couldn’t wait to send a text message?

I don’t even know how someone would reply to that, which is why I left it blank.

It didn’t take too long for lawmakers to see that texting and driving would become a huge problem as a new generation of teenagers, and drivers, started to text more. So, our government finally got something right when they passed the Wireless Communications Device Law prohibiting the writing, sending, or reading of any text-based communication while driving. The law went into effect on January 1, 2009.

Should we be surprised that Calli died on December 1, 2010, almost a year after the law was enacted? Contradictory to common sense, people have actually been texting while driving more since the law went into effect. According to AAA of California, before the law only 1.5% of drivers texted compared to now, when 4% of drivers text.

Teenagers are the biggest group of people who drive and text. As I said, American teens text more than 3,000 times per month. So, it’s not a surprise that texting while driving is now the leading cause of death among teen drivers, at 3,000 deaths per year. This now surpasses drinking and driving as the leading cause of death among teen drivers, which is at 2,700 teens. It’s only surprising that it’s not more. A survey done by Dr. Andrew Adesman found that about 49% of teen males and 45% of teen females admitted to texting while driving.

Personally speaking, as a 16-year-old teen male, these statistics make me scared for my own friends. I’ll be honest. I do text. A lot! And the idea of me having to answer the question, “You mean to say that you killed a child just because you couldn’t wait to send a message?” terrifies me to great extremes. Now, I haven’t exactly taken a pledge to not text and drive yet since I haven’t gotten my permit, but when I do, I will take the pledge.

When lawmakers made the texting and driving ban in 2009, they didn’t ban the use of hands-free technology – devices that use vocal recognition to craft text messages. They quickly realized that and tried to pass a bill prohibiting them, but the bill did not pass. I have to admit, the technology in these devices is amazing, but the devices themselves aren’t perfect. Recent research shows that hands-free devices promote cognitive distraction and inattention blindness. Basically, inattention blindness is when the brain doesn’t process information because it was concentrating on something else. An example is that a driver may miss an off-ramp that they are used to taking everyday. Many studies also show that drivers using these devices look down for about 2.5 seconds to make sure that their words are being correctly entered. That’s obviously very dangerous. Now, even though hand-free devices sound like a great idea, until someone can be confident enough to trust them without having to see that they are working properly, the technology just isn’t here and they should be prohibited for now.

Texting while driving is a danger on our roadways at this very moment. There are hundreds, if not thousands of people texting right now and in the news tonight there will be a report of an accident caused by texting and driving. People will blame it on the wide availability of phones to teenagers, or on iPhones and Samsung’s being really cheap. But I believe that it’s just evolution. People now text. We just need to accept it. People should be taught where to text, rather where not to text, and that’s what the problem is, not texting itself.

“Doing that (texting-and-driving) has severe repercussions to not only yourself, but to others. And the impact that you have when you injure someone, that spreads to so many members of the family and goes to so many people in the community. It’s– it’s devastating.” ~ Al Andres, Calli Ann Murray’s grandfather