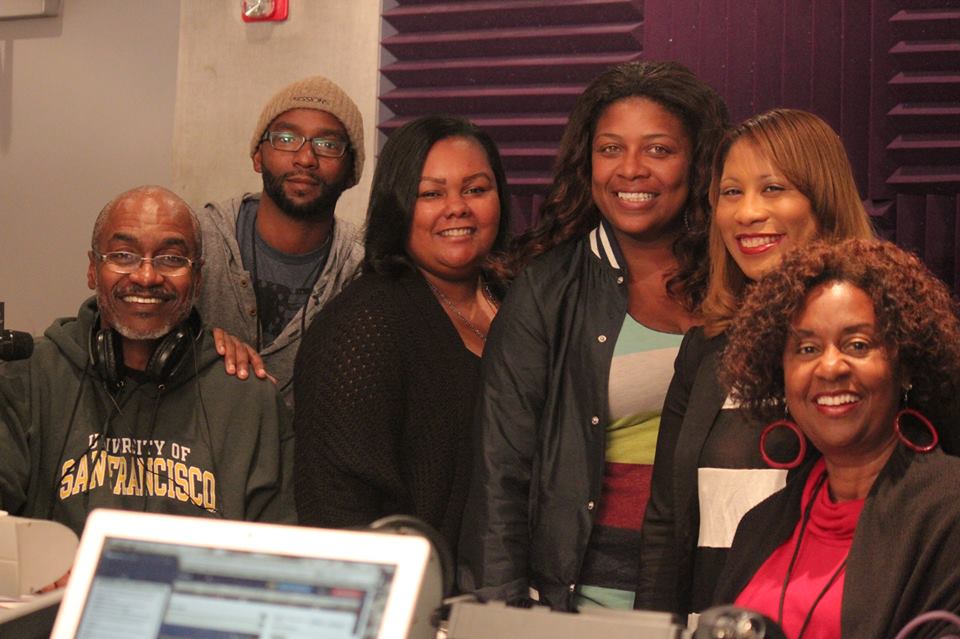 Editor’s Note: Below is a transcribed excerpt from the October 26th broadcast of Street Soldiers, a live call-in radio show that airs every Sunday night on KMEL 106.1fm. The topic of discussion was California’s new Local Control Funding Formula (LCFF), which gives school districts more of a say in determining how their state education dollars are spent. Street Soldiers host Dr. Joseph Marshall was joined in studio by three Bay Area mothers who have school-age children: Shawn Acree of Oakland, Bivette Brackett of San Francisco, and Brandi Lyles Ferrell of Richmond.

Street Soldiers: What is going right for your kids right now? What are the schools doing well, in your opinion?

Shawn Acree: Our biggest downfall last year was no parent participation, but this year we have a lot of new parents coming on board to work and help out. It’s a new year. We have new teachers, and old teachers that know how to deal with our children. The new teachers, not so well, because they have to adapt to our environment… and they aren’t used to the challenges of our children.

Bivette Brackett: I think what’s going right, there is one particular teacher that I feel is doing an awesome job at Wallenberg High School, and that’s [my son’s] Modern World History teacher. She writes a grant every year [so she can] take all the children on a camping trip — about 150 kids. She has bonding experiences with them, and I believe it helps to build a rapport between students and teachers.

Brandi Lyles Ferrell: Well, we just got a new vice-principle (at Richmond High). He’s African-American and he and a couple of the parents have started a new program to help African-American students find different ways to get to college, and how to write up a resume for college, and different ways to keep them active in the community. We also have a program my daughter is in, Bay Area Peacekeepers — it’s keeping the kids out of trouble.

SS: So overall, do the three of you think the schools are doing a good job with your kids?

SA: Probably because I’m a different type of parent. I sacrifice not going to work so I can be at my kid’s school, and so I can have the impact not just on my kid, but other kids too.

SS: It sounds like the school is doing a good job because you’re there.

SA: I do have a relationship with the principal and with the afterschool program. I’m very reachable, so I feel like that’s a big part of it. If you show your kid that you’re interested, they’re going to do their best to show you their best.

SS: So why did the two of you say no?

BB: A lot of the issues that I’ve had with [my son’s] school in general are because there has been disparate treatment — how he’s been treated versus other students. And some of those issues he cannot advocate for himself.

Let me give you an example: My son was sick for a week. I called the school in advance, and told them he was going to be out. I also called the school while he was out, and told his teachers to please email me all of his assignments. When he went back to school I wrote him a note to say he was out. Now he’s “back in,” following proper procedure. I get a call a week later from the attendance office telling me that as a parent he cannot be excused for his absences and that I need to give them a medical note because that’s their new procedure, and that they would not give him any of his makeup work until he got his absences excused, despite the fact that I requested it. And the thing that [bothers] me is, here is a child that wants to make up their work. Why would you as a teacher, an instructor, prevent a child from doing that, regardless of what paperwork you felt you did not have? I had to contact his counselor to get the situation resolved. I had to go and fax him a copy of the SFUSD parent handbook, which showed that there was no reason for them to ask me for a doctor’s note. That’s wasting my time as a parent because now I’m spending extra hours advocating for something that should have been simple.

BB: It’s not always the teacher’s fault. There are situations within (the school) that prevent the teachers from being as helpful to the children as possible. When I was young, teachers were available after school to answer or ask questions. Teachers are now forced to work on their curriculum plans afterschool, or they’re going home because they are not being paid appropriately… So sometimes the teachers are not available to help students with their homework. And that’s why most inner city kids, especially in San Francisco, rely on these non-profit organizations to give afterschool programs and tutoring services.

SA: We have teachers asking for the basics like pencils, hand sanitizers, tissues, and things of that nature because they’ve exceeded their limit for supplies. So they have to ask for donations because it’s winter and kids are coming in with germs. I just think that’s really unfair.

BB: My children were in a public school that was in an affluent area, and they basically on the first day of class said, “This is how we do it in our school. Every parent has to donate twenty dollars to the school towards this class fund.” So by the end of the year there were many parents donating, but they had the resources to do that. These were parents whose incomes were over six figures. Most of the mothers were stay-at-home moms, so they were able to spend time in the classroom. They donated a class rug; they donated money for field trips; they donated food and snacks for the kids… It makes a big difference in a child’s educational experience when you have those types of extra resources.

Then a year later, my kids went to a school that was in a not-so nice neighborhood. It was actually one of the “Dream Schools,” and there was a promise of funding, (but) it never came through. My kids were gone from there, within six months. Because at the end of the day, I’m responsible for my child’s education, and if they’re not getting their needs met, I’ve got to find somewhere else.
SS: Is there someone at the school that you feel you can talk to? Is there anyone you can trust at the school?

BB: I don’t worry about who I can trust because I know that I have the right to talk to anybody at the school. I come in looking for who can support, because that is what they are there for.

SS: Since kids spend most of their time at school, what can schools do to create more supportive environments for kids?

BB: There were a lot of pink slips [given to] teachers over the last couple of years… so there has been a shortage of teachers and overcrowding of classes. That is going to affect the quality of education that children get.

The other issue is… a lot of times the teachers do not have a lot of experience in dealing with children that are a problem. We are not saying that as a teacher you have to have children of your own, but you have to have context in terms of handling children, and right now the way the California teaching system is, they don’t have to have any [experience] dealing with children so they are coming in here with adult strategies to handle children and you can’t do that – it’s a recipe for disaster.

SS: If you were in charge of how the [state education] money will be spent, what would spend it on?

BB: The first thing that I think would make a big difference is the peer professional role that needs to be in addition to the mental health provider that they used to have at schools, in terms of creating some type of program where students could come in at a lunch hour and get some sort of counseling. I think that would help.
The second thing that I would like to see happen is that more of those resources go to either providing teachers with (higher) wages or consolidating the afterschool programs at schools [because] children need a lot of help with their homework and their parents are usually still at work at 3 o’clock.

The third thing I would say is we need to reinvest in arts, and other areas for the children. I think that having rigorous coursework for children with very little arts and music doesn’t really help our children grow in other ways. There’s a part of their mind that is logical and there’s also the part that is creative. I think we are doing a disservice to our children by not having those activities, as well as AP courses. There is a disparity in the type of education that children get because some schools can afford these extracurricular activities and coursework for kids, and other schools have nothing.