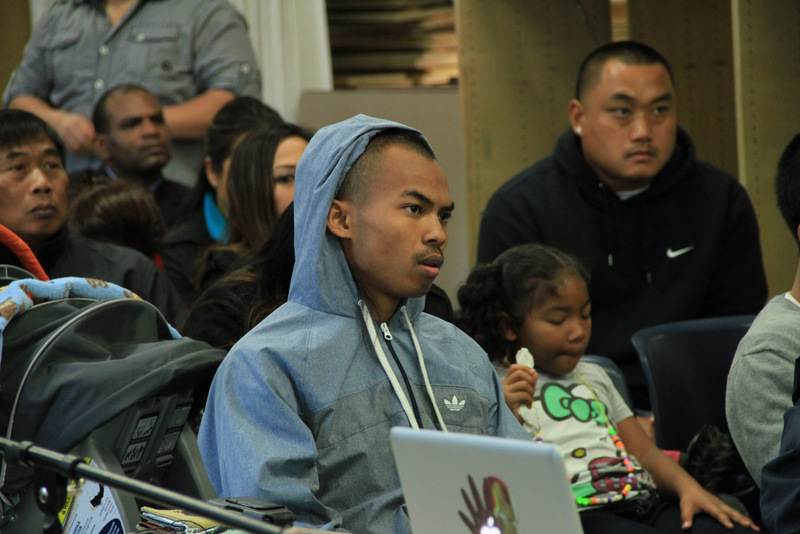 Gwai Boonkeut wore a white t-shirt, emblazoned with an image of his deceased daughter, Chan Boonkeut, holding a rose. Her murder, he told a group of community members, was the undoing of his immigrant family, the failure of their American Dream.

If there is anything positive to be taken from Chan’s murder back in 2003, it’s that it galvanized Richmond’s Southeast Asian community to organize against gang violence. From those efforts emerged a group called South East Asian Youth Leaders (SEAYL), which promotes “leadership, community improvement and sharing of cultural practices.”

On Saturday October 12th, SEAYL members and supporters gathered for a candlelight vigil at the public library to honor their ten years of existence and to remember five of their fallen community members. The vigil included speeches by Mayor McLaughlin, the Boonkeut family, Torm Nompraseurt and Councilmember Jael Myrick, as well as a dance tribute by current members of SEAYL, and additional words from SEAYL alumni.

Below are the five community members who were remembered:

Chan Boonkeut was murdered at her front door in October 2003. She was a student of Middle College High School at Contra Costa Community College.