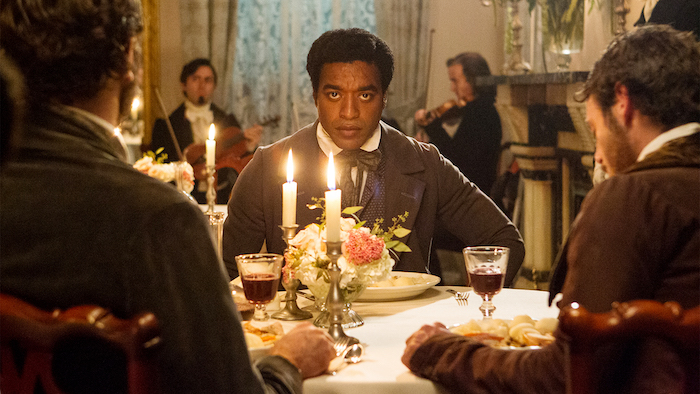 Posted at 15:40h in Arts and Culture, Youth by Pulse Editor 3 Comments

I recently had the privilege of watching the new movie, “12 Years a Slave,” which is based on a memoir by Solomon Northup. Northup was born in 1808 in Saratoga, New York as a free Black man. His book tells the story of his capture by slave traders in 1841 and the ensuing long hard years he spent transitioning from a free life to that of a slave.

He was a father, a husband, and a well-respected man in the north. One of his many skills was playing the fiddle, which benefited him in many ways throughout the movie. Solomon Northup was a survivor. He never lost his identity, though slave masters, overseers, and even other slaves told him to forget his past. In one scene, an overseer beats him brutally just for uttering his real name and proclaiming that he was a free man. Even after his back was stripped of its skin, he still stood tall.

As I sat in the movie theater watching amazing actors and actresses depict my ancestors and their many hardships, all I could do was cry. From the stripping of names, to the stripping of skin, to the breaking of families, I truly cannot understand why people choose to forget about this part of history. Maybe some choose to forget because it is such a harsh reality. Most often we are told that slavery is where Black history begins — not that we were Kings and Queens with unshackled feet, long before we were stripped of our land and freedoms. This movie is a reminder that my ancestors were not submissive, but warriors who knew that it would one day get better. I hope, in my own life, to internalize their strength and greatness.

The film is far from comfortable — the brutality and the unbelievable mental and physical abuse is no happy sight. Director Steve McQueen unapologetically displays the inhumanity of slavery.

My mind was blown by hearing the words and phrases used by the slaveholders, and how they were not unfamiliar to me: “nigga,” “stop crying before I give you a reason to cry,” and “light skin is better than dark skin.” I find it scary that these words are still spoken. I find it scary that we have internalized these terms, and now use them to refer to one another. In one scene, another slave, Patsy, is getting whipped when the master asks Solomon to do it. He doesn’t want to, but Patsy says, “I rather it be you, Solomon.” As a people, I wonder if we have gotten used to hurting one another?

In another scene, Solomon is hanging from a tree with a noose around his neck and his feet barely touching the ground. People walk around him, and even children play. Only one girl gives him water. To see Black people so numb to slavery and its brutality made my stomach turn. It reminded me of how Black boys die on the streets and no one mourns unless the media makes a big deal of it. And the hand that killed him probably looked similar to his. I think in the Black community we have a lot of self-hate.

Although “12 Years a Slave” is hard to watch at times, it is a must see for people of all ages. As a 16-year-old, I was enlightened by the truth in this film, and I encourage all young folks to see it. Yes, it’s sad, but we need to see what our ancestors went through, so we can make sure that their blood was not shed in vain; that we do not repeat the very crimes against each another that our ancestors once endured at the hands of others.